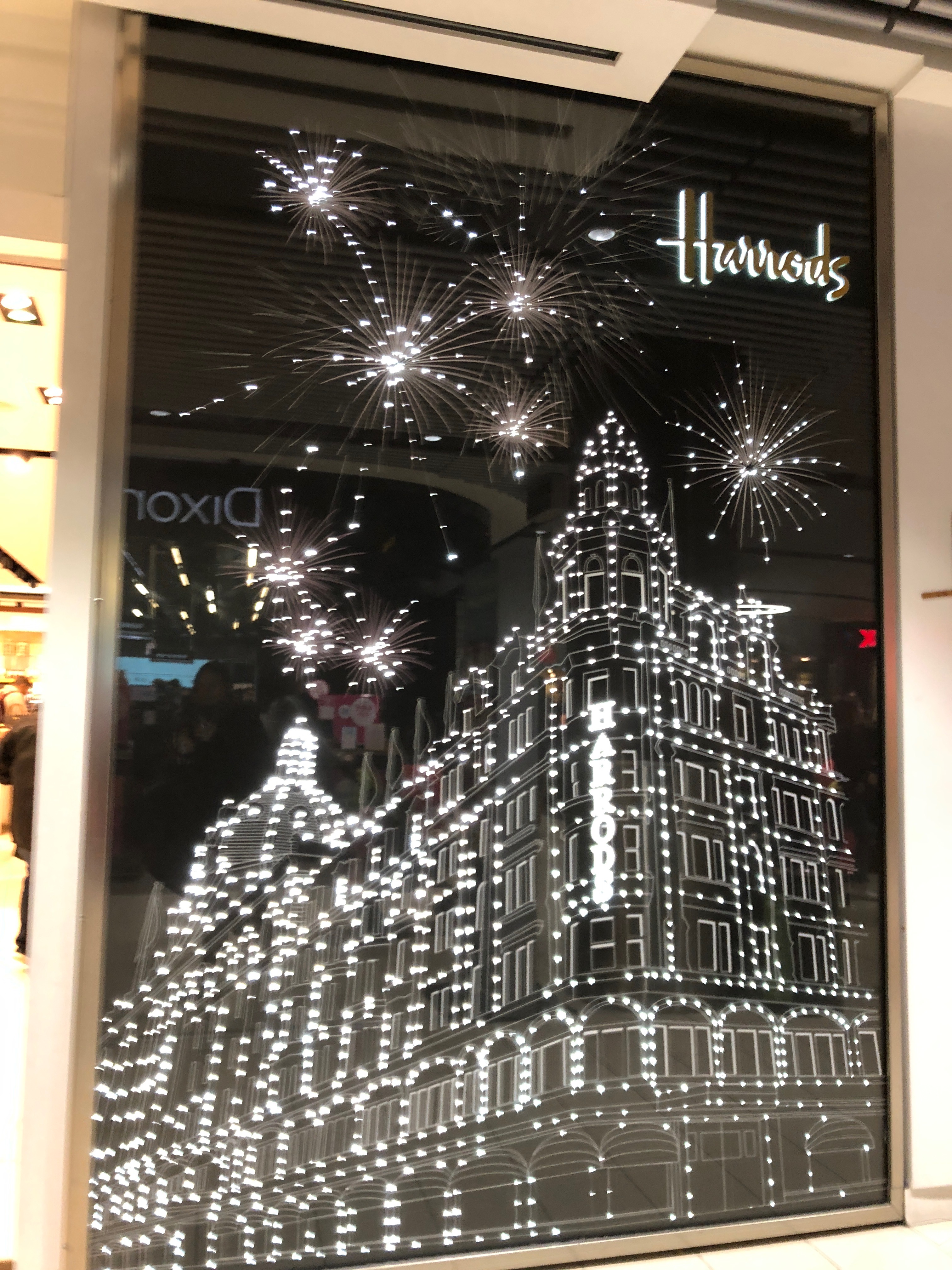 London Gatwick may be my favorite airport in London (only because Heathrow is the LAX of London.  Sure, no American carriers are there, but it’s quaint and manageable. Even though it’s a smaller scale, it still has tons of amenities.  A sizeable Harrod’s!  A lot of seating! A Nandos, which is HUGE!

It’s located about 30 miles south of central London, but the Gatwick express will get you there from Victoria station in a jiffy (for about £20).

Convenience to the city: ✈️✈️ (Gatwick express is speedy, but spendy. i got to the train early and still didn’t have a seat either)

Security: ✈️ (if you print your boarding pass there, be forewarned, it probably won’t work too well in the self-check first security gate)

Dining: ✈️✈️✈️✈️✈️ (5 planes for Nandos.  I love Nandos, and the fact that they serve their take away in containers making it easy to eat on the go is SO convenient –sorry seat mates on plane, I’m eating my pitta. There’s also Starbucks, Jamie Oliver Italian, wagamama, and wetherspoon)

Bathrooms: ✈️✈️✈️  (for some reason, never encountered a line) 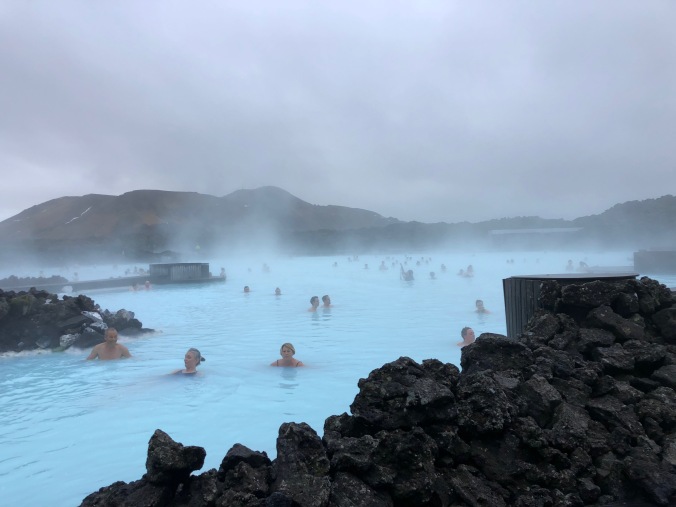 As we all swelter in the blazing sun today, all I can do is dream of the perpetually cool, crisp air in Reykjavik.  While I dream of my next trip to somewhere more brisk, here’s a little #tbt to cooler weather in Iceland.

Iceland is super trendy.  In the past decade, there’s been a >300% increase in the amount of visitors to Iceland — it’s almost to the point where you barely see any locals.  Because I have the worst FOMO ever, I needed to go here before tourists overrun everything and American chains start moving in.  Everyone in my family had already gone (which is not a reason to travel, but again, FOMO), so off I headed to Reykjavik for an Icelandic adventure.

all is full of love…

END_OF_DOCUMENT_TOKEN_TO_BE_REPLACED 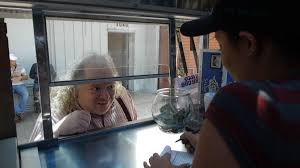 If you’ve ever read food writing in or about any city other than Los Angeles, then you’ve probably never truly experienced how transcendent and indispensable the Counter Intelligence column was to food and culture…and to life in Los Angeles.  Its author was a king in the food world, imparting a Midas touch on any eatery he liked, no exaggeration, as his name was appropriately, Jonathan Gold.

(That was my piss poor attempt to write second person as he did so well).

As a lifelong Southern Californian, hearing about Mr. Gold’s sudden passing was heartbreaking.  You can’t really know how pervasive and revered his opinion was unless you lived and breathed and ate what he ate.  He ate, and ate…real food.

He believed that it was the stick to your soul, sizzling off the wok, fatty soup belly that creates the indelible memories and experiences of a grand food life lived.  And of course, he was right!  Jonathan Gold was the one who would gently steer you in this direction, showing you the light, making things that seemed inaccessible or scary become familiar and expected.

Mr. Gold brought to the masses what all children of immigrants in SoCal have known for years…that the best meals happen in somewhat shabby strip malls, in the sticky dining rooms of mom and pop shops — often times with no white linen table cloths in sight.  Although he wasn’t that discerning, there was a time and place for those experiences, too.  He taught us that all types of cuisine, and on a larger scale, all types of people could and should be celebrated.

He was a champion of the unadorned, the unpretentious, whilst peppering his reviews with esoteric references that elevated the intelligence of his reader.  Only a true master of his craft could achieve such a feat.  And he was recognized for it, having been the only food critic to receive a Pulitzer Prize for food writing.

He was a legend in a city of stars.  Undoubtedly, one of its most influential characters; after all, it was often his opinion that brought everyone to the table.

END_OF_DOCUMENT_TOKEN_TO_BE_REPLACED 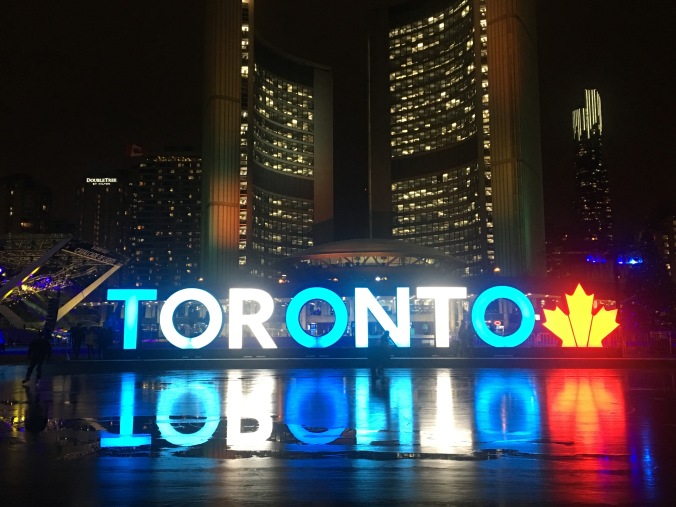 Well, the NBA is making moves.  Toronto is a bit cooler than San Antonio, so be like Kawhi and start planning your trip up north.

As far as bucket lists go, Niagara Falls is typically a popular featured destination, for good reason.  It’s one of the most beautiful natural wonders of the world, and it’s right in our own backyard.  *Whispers: the Canadian side is better. Sore-y, not sore-y.

END_OF_DOCUMENT_TOKEN_TO_BE_REPLACED 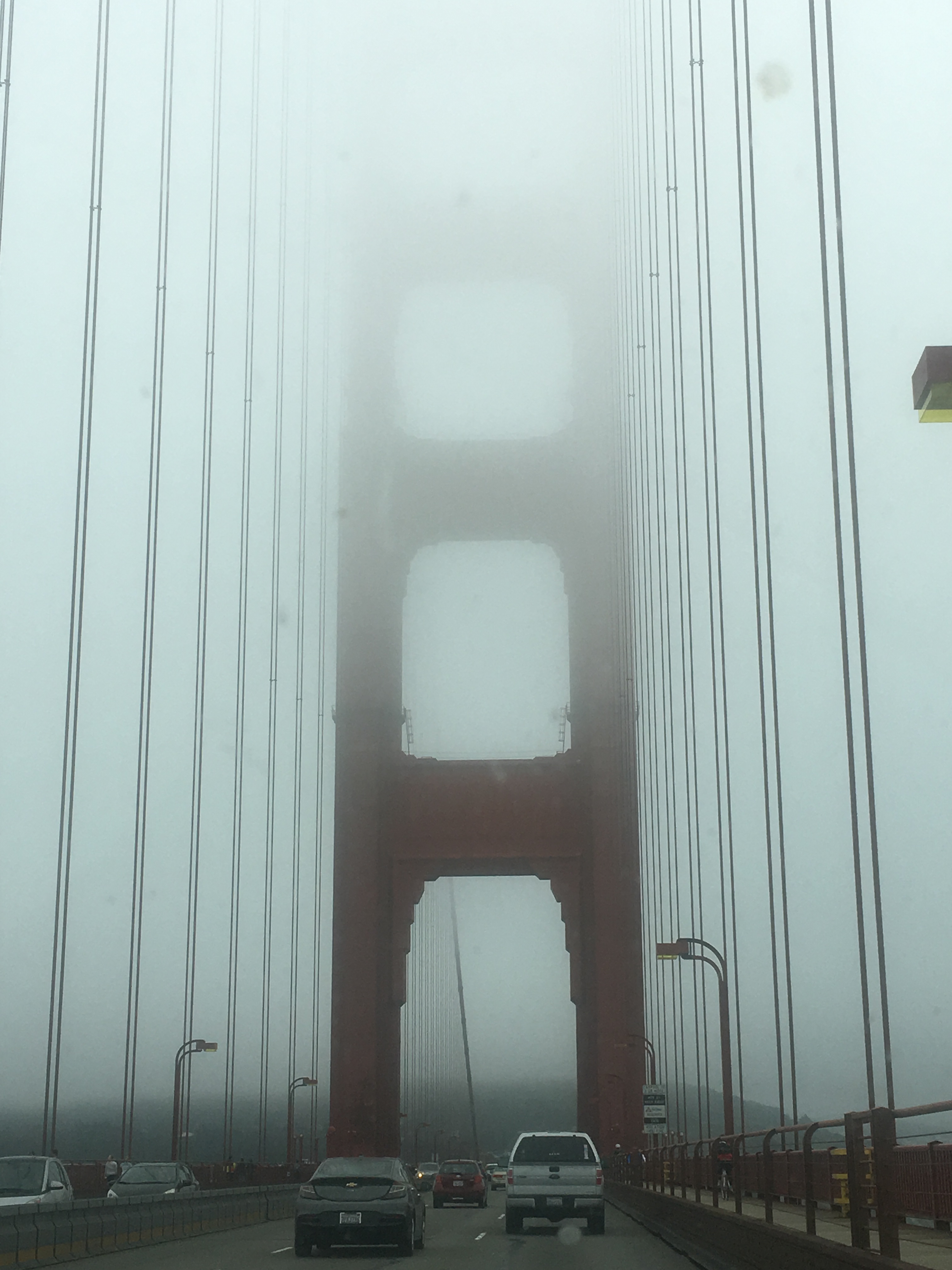 I left more than my heart in San Francisco (SFO).  Mainly, my patience.

Honestly, SFO is never my airport of choice to fly into or out of, and there’s one reason for that.  The morning fog that chills the air…turns out I DO care, Tony Bennett.  I care because I’ve never had a morning flight that was not delayed due to nature’s wet blanket.

But, it’s one of the busiest airports in America as it is a gateway to the East and Europe, so sometimes its inevitable. It’s about 13 miles from Downtown SF, which is basically a year away, approximated for traffic.  The exterior reminds me of NY JFK, and the interior is also reminiscent.  That’s not a compliment for either airport.

There are 4 terminals and 7 concourses with about 85-90 functioning gates.  Terminal 1  (Delta, Frontier, Southwest); Terminal 2 is Virgin and American, Terminal 3 is United, and then there’s international (for some reason Hawaiian and JetBlue are grouped in here) which is another ballgame.

The thing I do appreciate, however, is the dining and shopping options.  There’s a real focus on local brands amongst the national chain restaurants, and lots to see in the duty free shopping portals (2 Gucci stores!  Most cities don’t have one Gucci store!).  There’s a Three Twins Ice Cream, which almost makes up for the delays… almost.  Of course, as a huge international hub, there are 17 airline lounges.

It’s not the worst and it’s not the best place to have a layover, depending on the area.

Ease of navigating through terminals: ✈️✈️ (it’s the largest airport in CA, larger than LAX which is HUGE)

Convenience of security lines: ✈️✈️ (there’s a lot of people which slows things)

Bathrooms: ✈️✈️ (as with any major airport, could be cleaner)

Charging stations/wifi: ✈️✈️ (free wifi but it is shotty at best) 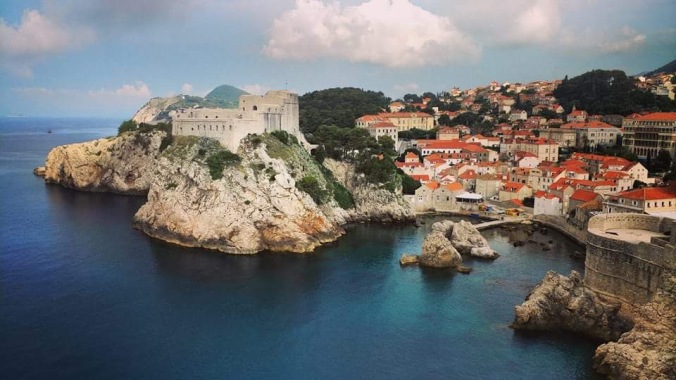 GOOOOAAALLLL! It’s going to be Croatia vs France in the World Cup Finals on Sunday, so what better way to prepare for what is going to undoubtedly be a nailbiter, then to highlight the two nations?  I’ve already written extensively about the best of Paris, France, but congratulations to Croatia for making it to their first ever FIFA final!  You kinda have to root for the underdog, right?  I’m just happy I get to write about one of the most beautiful places I’ve ever visited, Dubrovnik, Croatia.

I visited Dubrovnik a really long time ago.  Like, we’re talking, I barely had my driver’s license/independence, and they barely had theirs.  It’s obviously changed quite a bit.  Back then, being in Dubrovnik was so memorable because it was a relatively unbothered by tourism (except cruise ships, which is how I came to visit).  Croatia had only declared independence from the former Yugoslavia republic in 1991, gaining that right in 1995 after winning their war.  I visited 5 years later, so the nation was a baby. 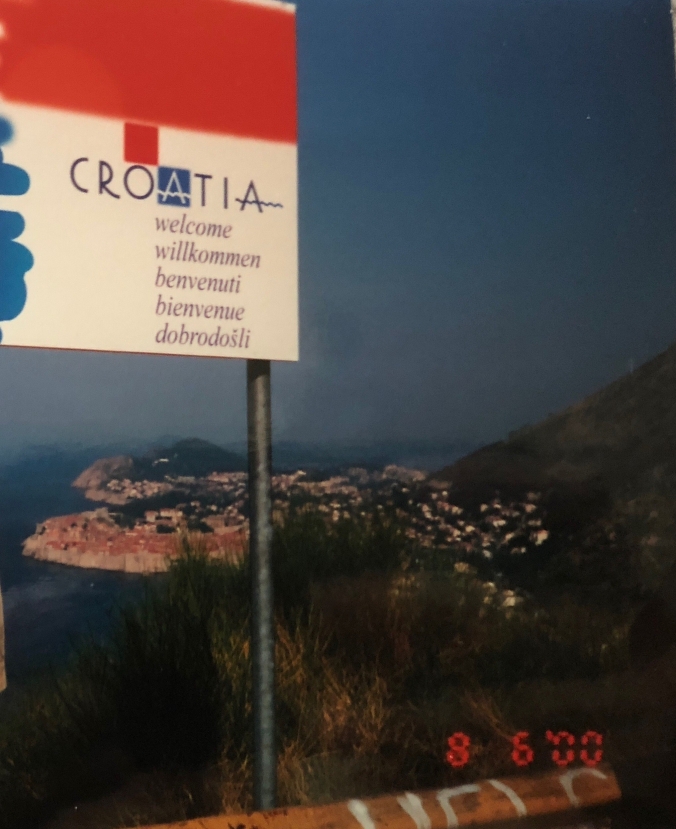 Like really popular…instagram-influencer-status teenagers.  Seems like it is the hot destination of the moment, and I’m glad it’s getting its day in the limelight.  There’s a bustling tourism trade, especially due to its location as a jewel on the Adriatic Sea.  The coastline is one of the most gorgeous you will see, with its orange rooftops and imposing fortresses.  I guess some really popular TV show filmed there too — thrones something or other (wink wink), and that draws a lot of people, too.

As it has been some years, I’ve enlisted the help of my pal (and fellow traveling doc) BD, who has graciously let me use some of his photos and given me some updated tips.

it’s a nice day for a red wedding…

END_OF_DOCUMENT_TOKEN_TO_BE_REPLACED 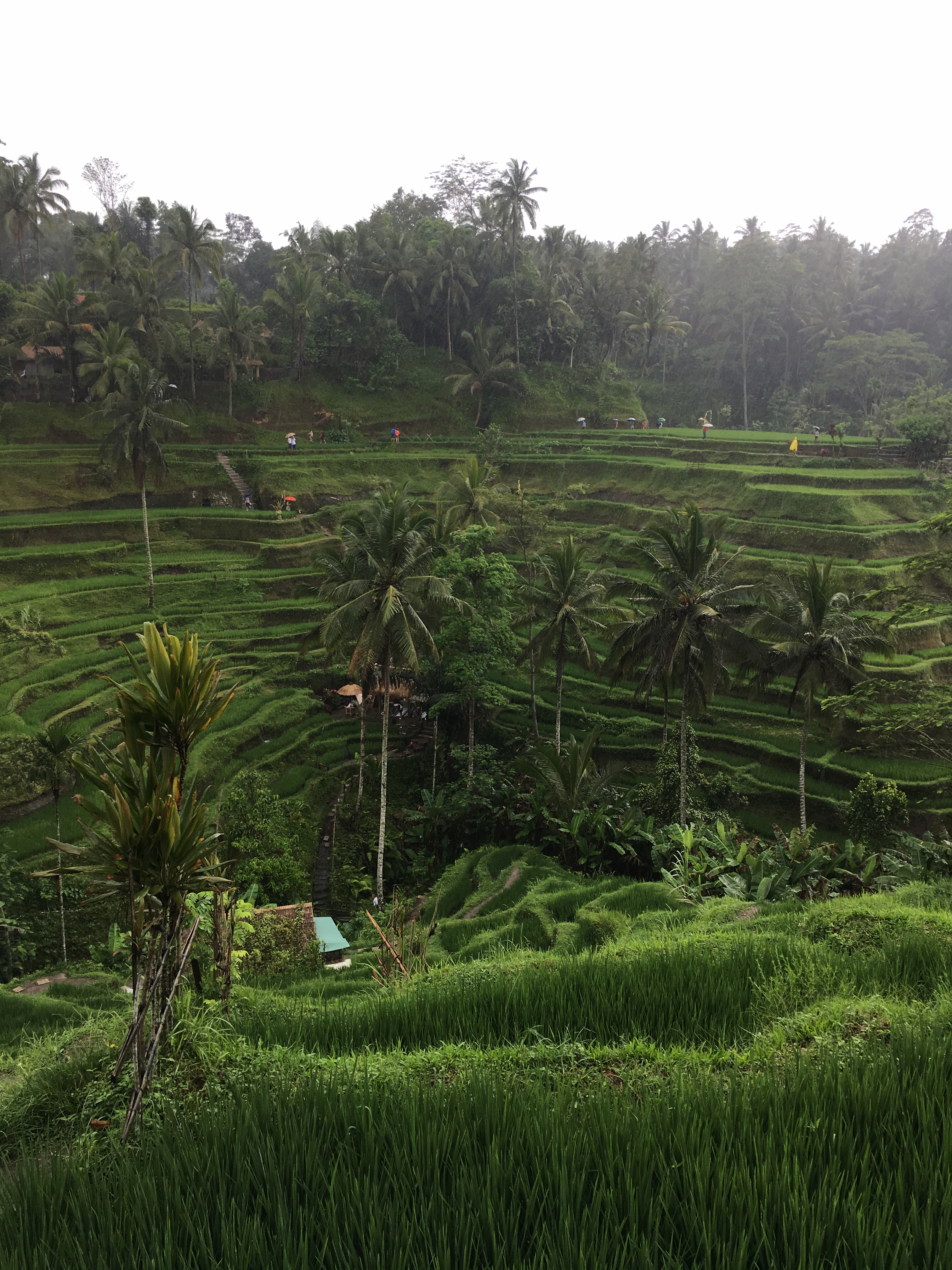 Bali is an otherworldly oasis, tucked away in the pacific island nation of Indonesia.  It’s paradise found for many who flock there for romantic getaways and family vacations.  To get there can be tricky, but there is an airport that serves this area: Ngurah Rai airport (DPS).  Named after a Balinese hero who fought the Dutch, this airport is about 12 km from Denpasar (the capital of Bali) and about 2.5 km from Kuta, a main resort area.

It is Indonesia’s third busiest airport, although a share of passengers has been shifted away to Lombok Airport.  There are two terminals (split into Domestic and International) with about 25 gates serving mostly Asian and Australian carriers and destinations. Domestic mostly serves Garuda, Batik, Indonesia, Citilink NAM, and Siriwaja.  International carriers include Cathay, China, China Eastern and Southern, Emirates, Qatar, KLM, Korean, Qantas, Thai and Virgin Australia.

Convenience to the city: ✈️✈️✈️✈️ = not too far, but as in any Asian country, beware of swindlers and pickpockets.  Taxis are notorious for overcharging and cheating tourists, so get a shuttle to your hotel if possible or take the bus transport.

Bathrooms: ✈️✈️✈️ : tidy, could have more

Charging stations/wifi: ✈️✈️✈️ : free wifi, but not a ton of charging areas 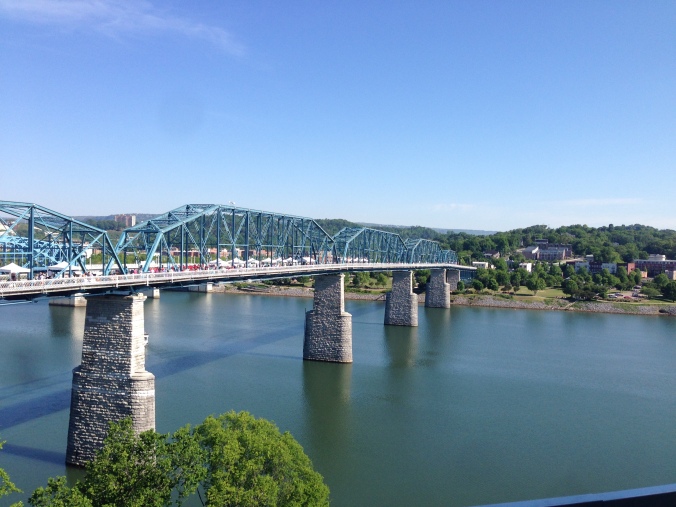 Chattanooga, Tennessee is such an up and coming city in the South.  First off, it’s beautiful!  There are seven bridges criss-crossing large expanses of the Tennessee River.  There are so many natural wonders, mountainous hiking trails and cavrens to explore.  There is also world class art and the crown jewel of the city, the Tennessee Aquarium.

END_OF_DOCUMENT_TOKEN_TO_BE_REPLACED 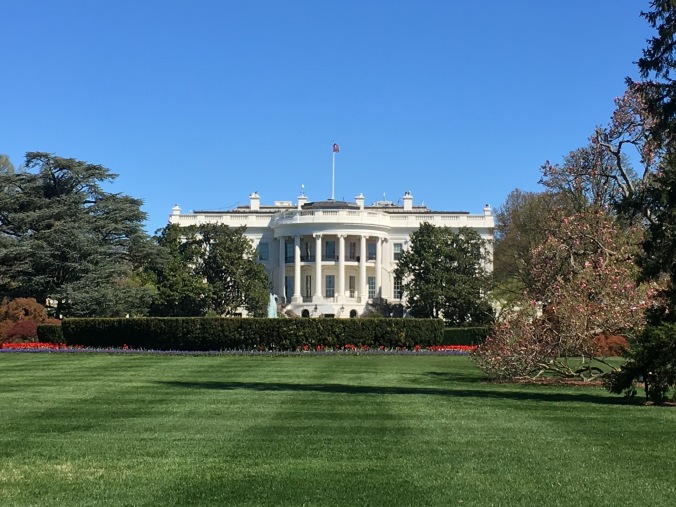 Our nation’s capital is a fantastic destination, but for the fact that it is located clear across the country from us West Coasters.  Guess that’s just more reason to make the most of any visit to the District of Columbia.

There are SO many museums and monuments, it’s impossible to fit them all in one short trip.  That’s what directed 8th grade tours are for; not sure if they offer those anymore, but I went on my middle school’s, and it was a blast.  Highly recommend.

But I digress, let’s DC Talk