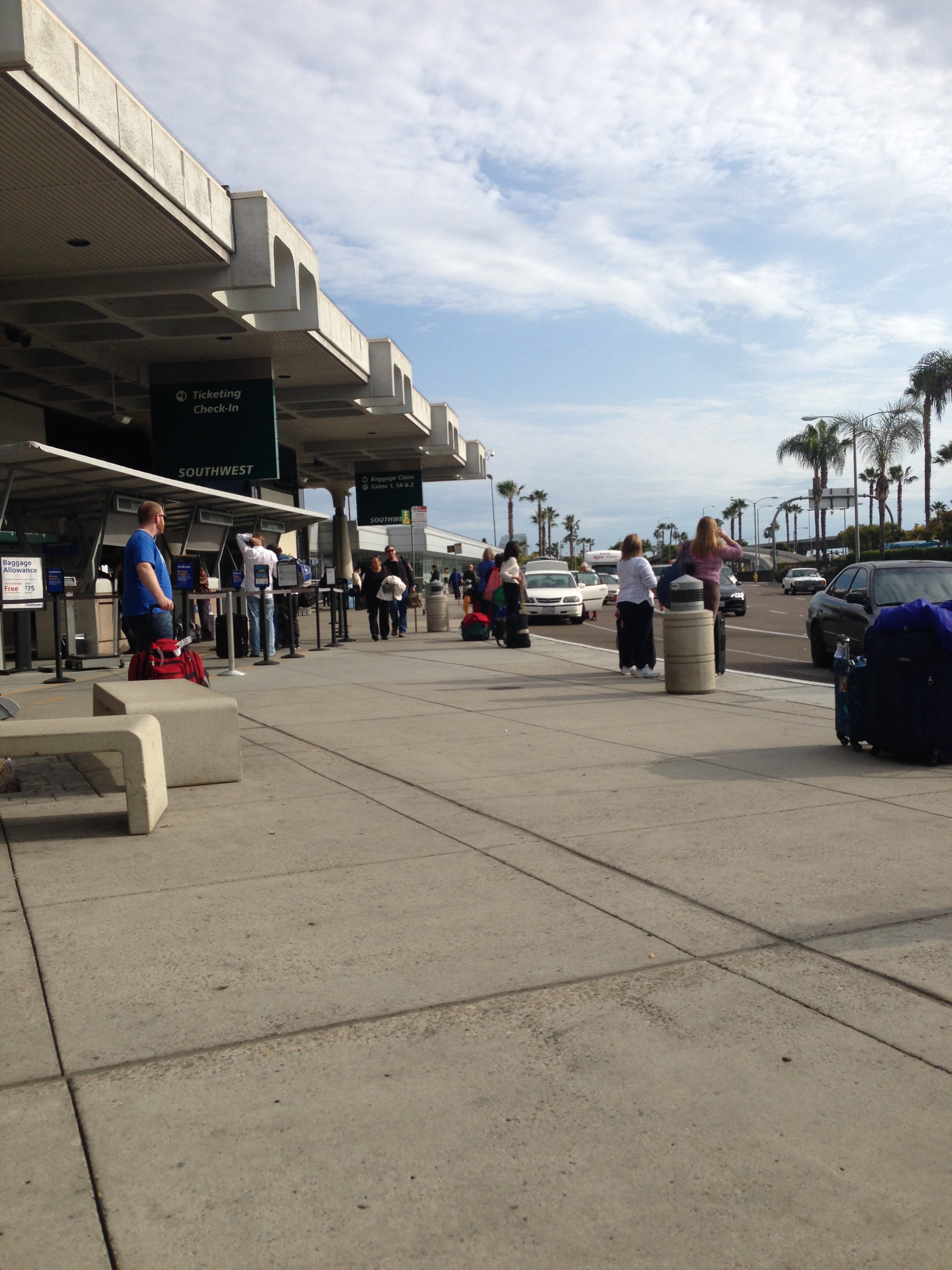 San Diego (SAN) airport is a condundrum to me.  It is beautiful for sure, the weather is always 70 degrees and sunny, but the planning of the airport itself is very strange.

My main gripe about it, is that you have to exit one area of the terminal one to get to another, having to go through security again, if you’re making a connection.  This is the worst.  I’ve done this several times for Southwest.  Once, they actually took me onto the tarmac to get from one terminal to the other to help me catch a flight due to a delay (this was the time I was trying to make a game of the World Series and had to go to Oakland instead of SFO).

There are technically three terminals in this airport (one is a commuter terminal).  Terminal one serves Alaska, Frontier and Southwest and has 19 gates.  Terminal 2 has 32 gates for everything else: Air Canada, American, British Airways, Delta, Hawaiian, Japan, JetBlue, United, Virgin America, etc.  Each terminal is split into East and West which is where the whole confusion of security happens during layovers.

It is a single runway airport, so taxi times can be long.  There’s also sound ordinances so you won’t be taking many red eye flights from here.  On the plus side, it is pretty close to downtown, and has a very easy pick/up drop off area.  And the weather can’t be beat. Because it is a single runway, the planes land the same every time, so try to get a seat on the left side of the plane from your destination for the dramatic ocean view upon arrival.

There’s some local restaurants in Terminal 2, the usual airport market cafe grab and gos and a decent burger place in Terminal 1.  Not much shopping other than your typical Hudson News and bookstores.  There s a Delta and United lounge and some Be relax spas.  They are undertaken an expansion, so hopefully more shopping and dining options will be available to this very busy airport for both air and cruise travelers.

Remember: ✈️ = San Diego Zoo is less of a zoo than this place to ✈️✈️✈️✈️✈️ = stay classy, San Diego

Ease of navigating through terminals: ✈️