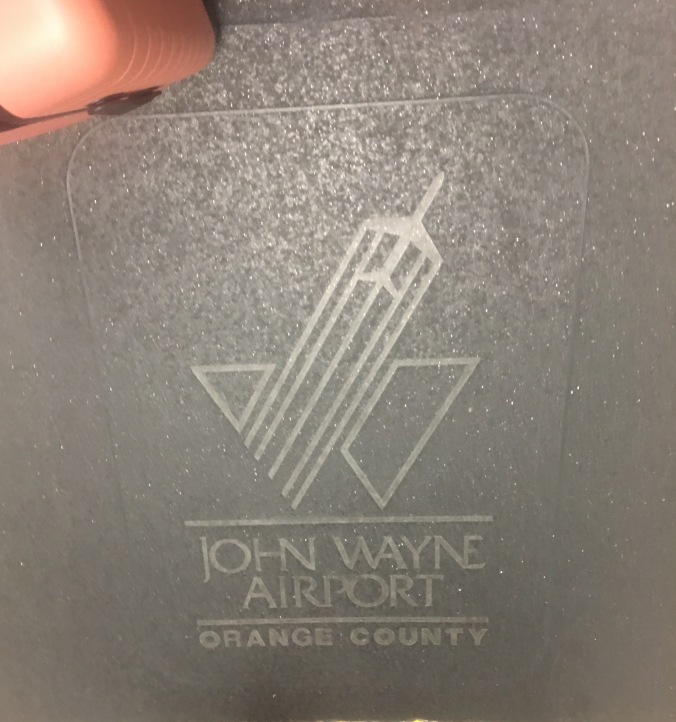 John Wayne Airport/Santa Ana (SNA) is the small airport that serves big Orange County, California.  It is my hometown airport, and I’ve probably flown out of here hundreds of times.  If you’ve ever flown out of SNA, you know that because of ordinances imposed by the neighboring beach cities, the planes have to cut their engine power down to 50% when they take off.  That’s the most annoying thing about the airport, but luckily there are other reasons that make this airport worth choosing.

Namely, it is very easy to navigate.  There’s only one concourse with three terminals A-C, ~20 gates, so it is very easy to travel from one end to the other.  Also, security is typically a breeze to get through.  It is incredibly easy to be dropped off and picked up, and the traffic flows well,  despite being located in Southern California.  For being a small airport, there are pretty good food options: Carl’s Jr (also known as Hardee’s, but originated from OC), Pei Wei, McDonald’s, Starbucks, Zov’s (local favorite), Subway and Pinkberry.  The hours are not that great though.  There are also a few sit down bars including an Anaheim Ducks sports bar.

The best thing about it, is that there is easy freeway access from the 405, 5, 55 freeways.  You can reach it from almost everywhere in Orange County in 15-20 minutes (including Disneyland) when traffic is light, and this saves you a lot of time.  Flights run a little higher than other airports, but you’re paying for convenience to avoid the portal of hell that is LAX.  Again, no airport lounges, but not too many long international layovers happening here.  This is the airport to take if you’re on your way to Disneyland.  If you can swing the higher expense, do it, it’s so worth it.

Dining: ✈️✈️ (selection is good, but the hours are poor)

Charging stations/wifi: ✈️✈️✈️ (free wi-fi, have little cubby desks where you can charge) 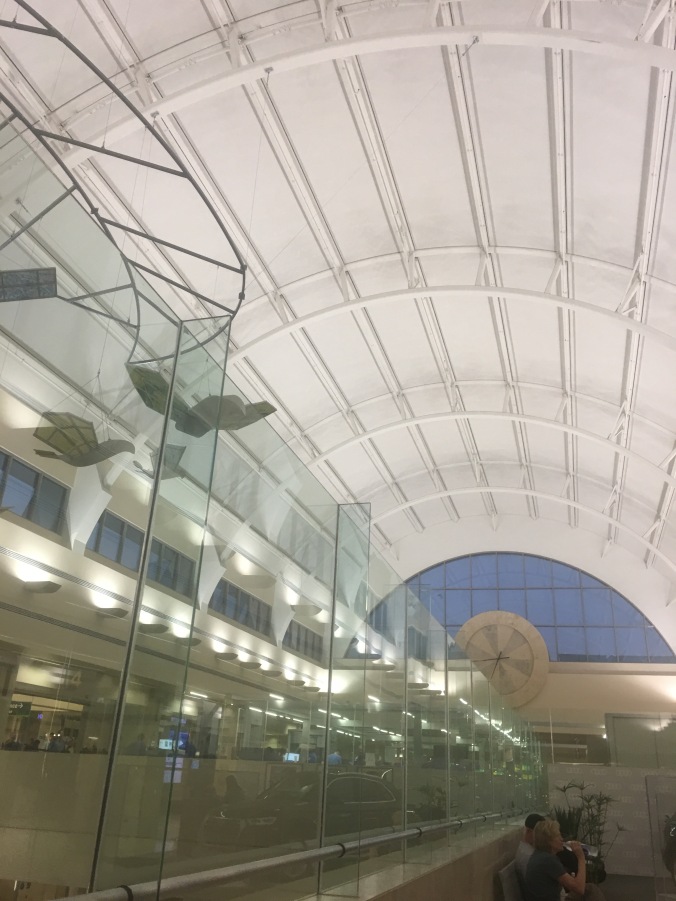