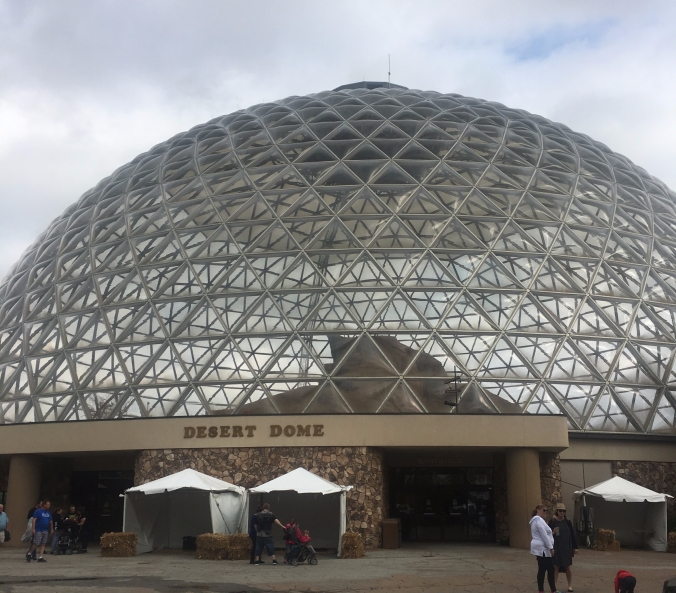 Omaha is not just something Peyton Manning yelled a lot while he quarterbacked for the Broncos.  It’s also a lovely metropolitan area in the corniest state the Midwest–literally, not figuratively.  It is comfortable, young, hip, and up and coming. So up and coming that Facebook is going to open some sort of offshoot HQ there in the next few years.

I had briefly traveled to the Cornhusker state for a weekend years ago, but one of my favorite friend couples lives there, so I visited Nebraska’s most populous city again to hang out with their family.  It’s a very family friendly place, and you can see why it’s becoming more and more popular amongst young couples.  The pace of life is decent, there’s a lot of industry and tech moving into the area, and proud Nebraskans are opening up cool restaurants and shops all over the city. 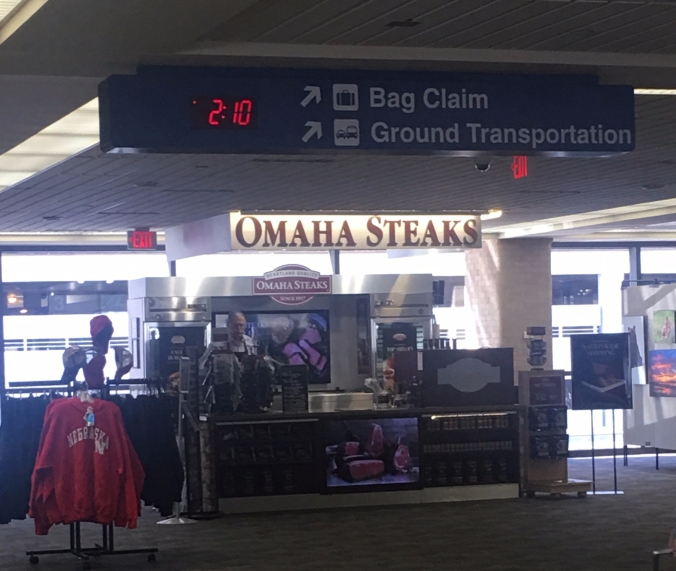 Omaha has a little airport, but they prominently sell Omaha steaks there.  Way to promote your best assets, yo.  The suburbs remind me of Kansas City’s Johnson County, similar city planning and developments–it looks clean, it feels organized. 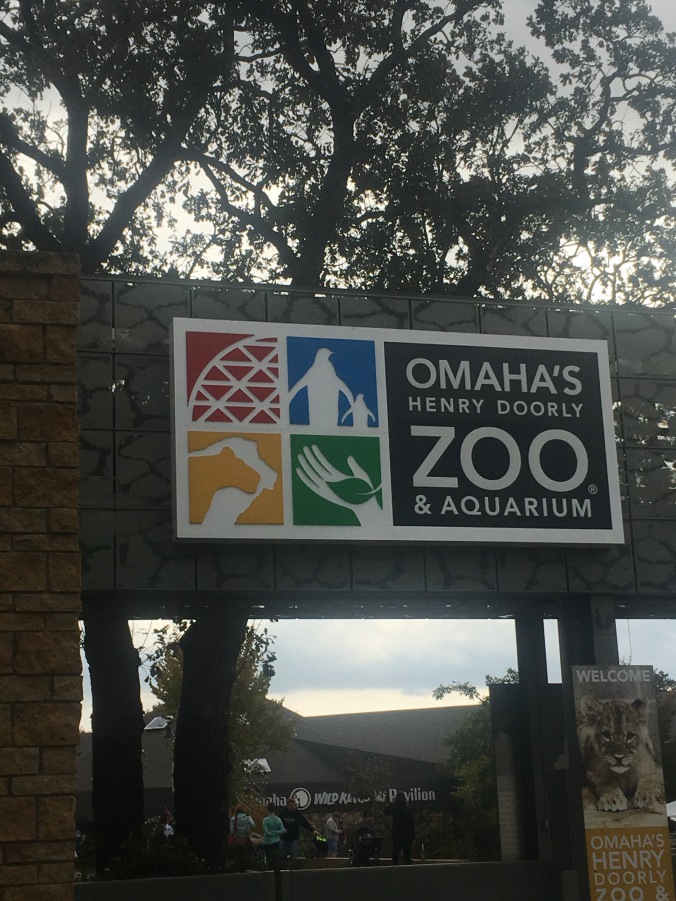 The first destination on my limited trip was the Henry Doorly Zoo, as we were rolling with a toddler and because I personally requested to see the zoo.  As a person who grew up going to San Diego, I think Omaha’s Zoo is on par.  There are a ton of big cats, which are my favorites.  Majestic creatures, so regal and badass. 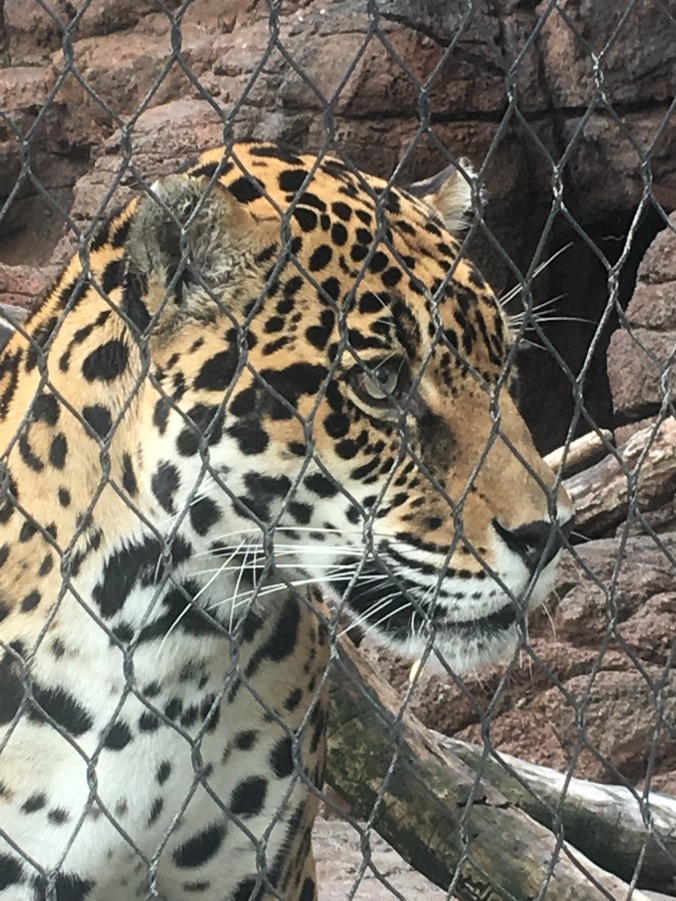 There’s a quiet fierce quality about them, knowing that they could rip your face off. 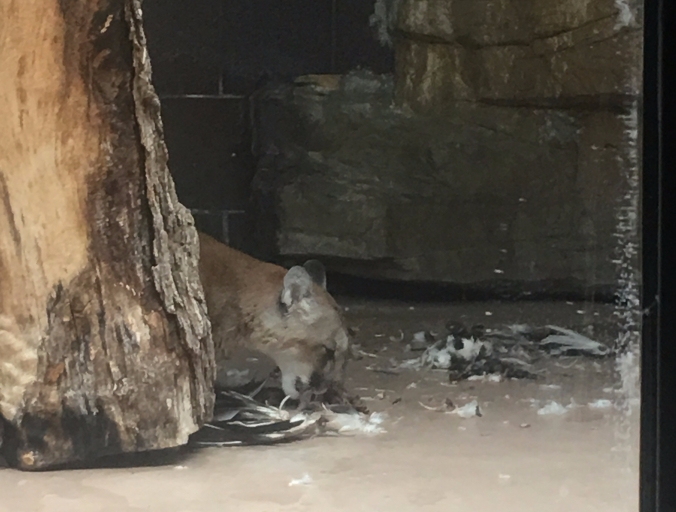 In face, we witnessed a puma at lunchtime, tearing the carcass of a feathered friend apart.  Great for kids! 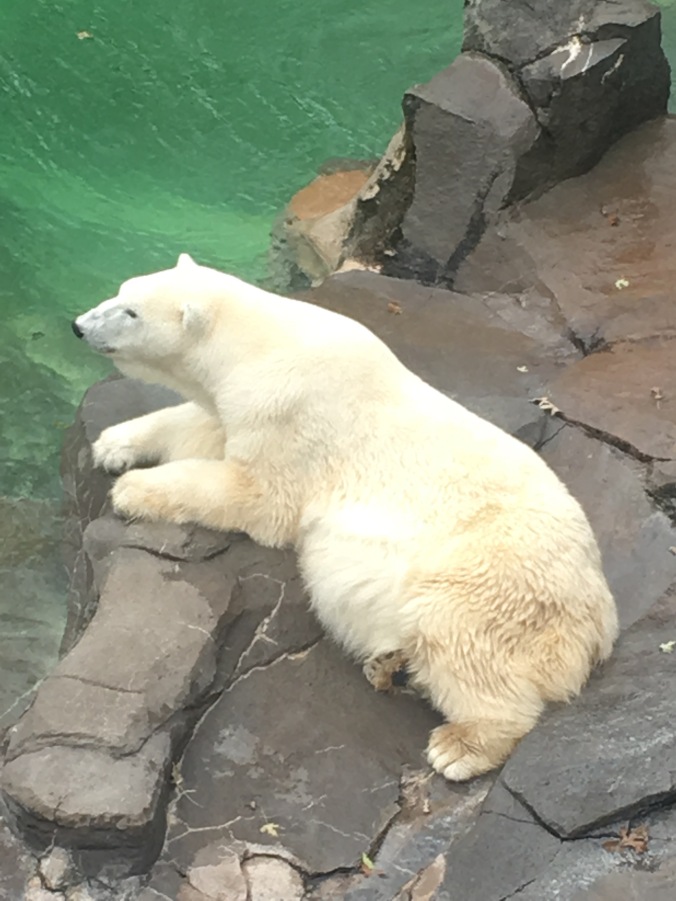 There’s also an aquarium, bears, birds, elephants, etc. There are many primates including these beckys with the good hair. 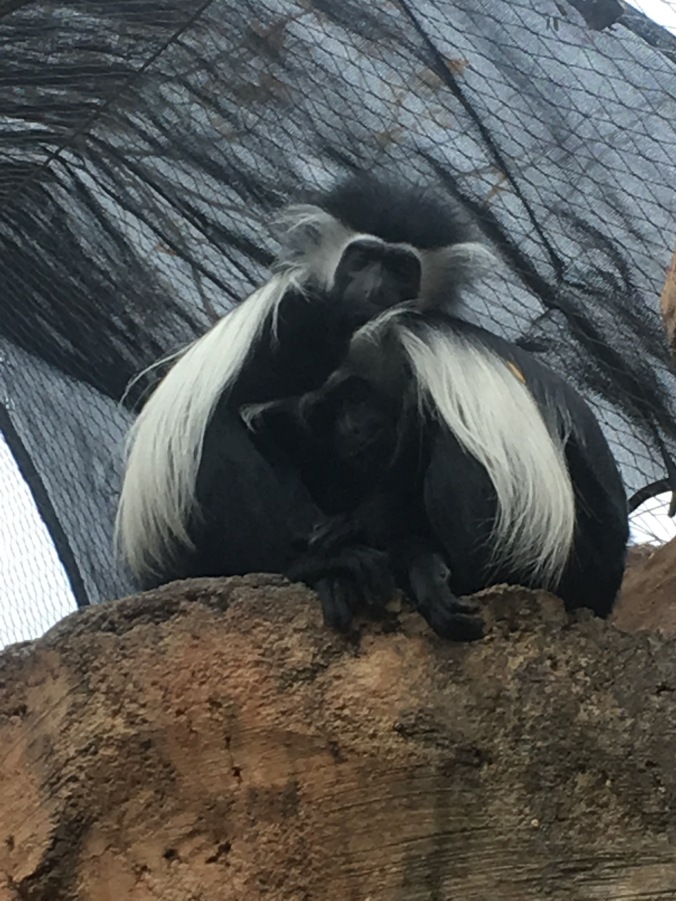 They have a ton of silver-back gorillas, who are so active and majestic. 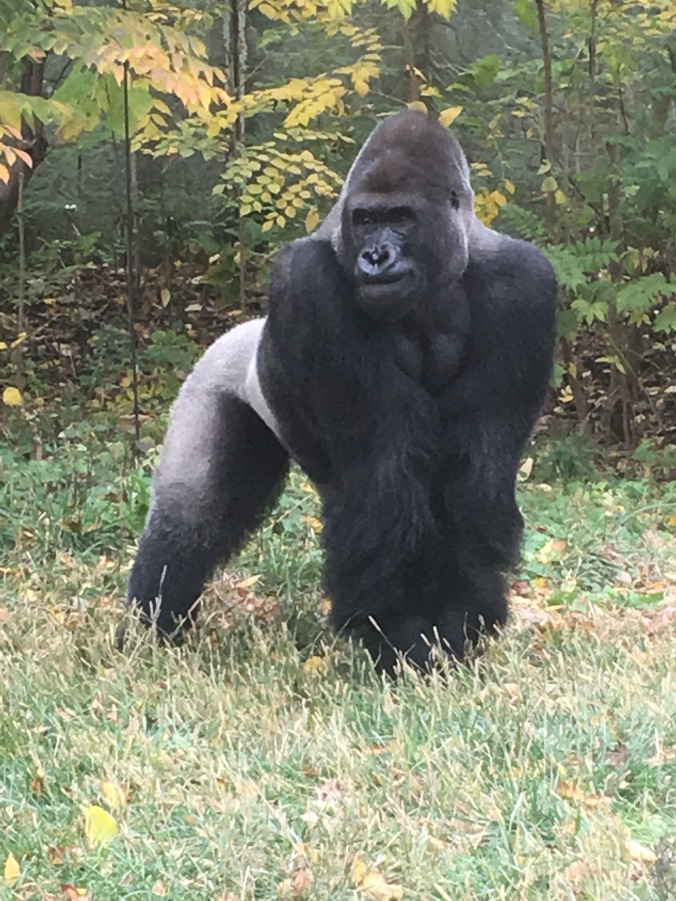 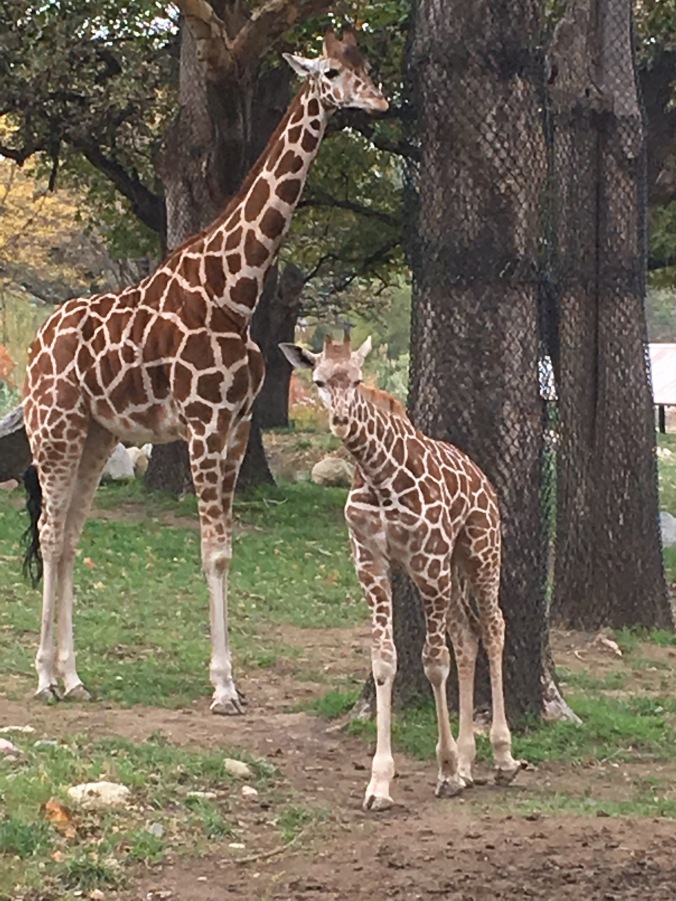 While you could enjoy food at the zoo, Greenbelly is a great place to grab light sandwiches or wraps.  West Omaha has quite a few of these fresh eateries.  I had a Cuban wrap, which was good, albeit sauerkraut tends to make wraps a little soggy. 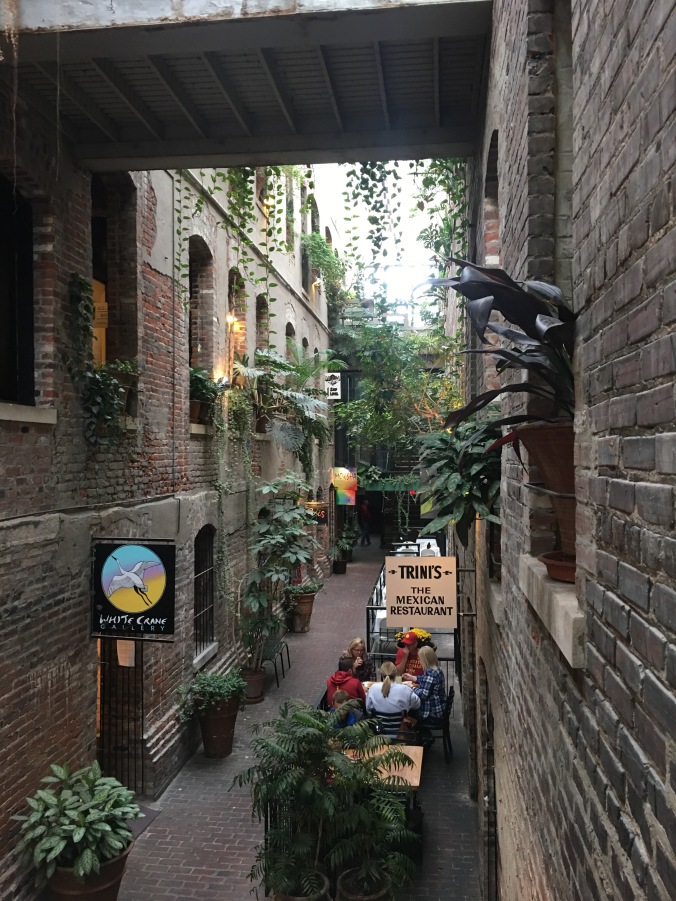 Old Market is one of the more festive areas of town, a fixture in the tourism and nightlife scene.  It’s a stretch of Victorian architecture along cobblestone streets across from the huge ConAgra foods compound (which sits on the Missouri River across from Iowa).  Stokes is a notable tavern with Southwestern flare, V. Mertz has an venerable wine cellar, and Upstream Brewery has great variety of their own beers on tap. 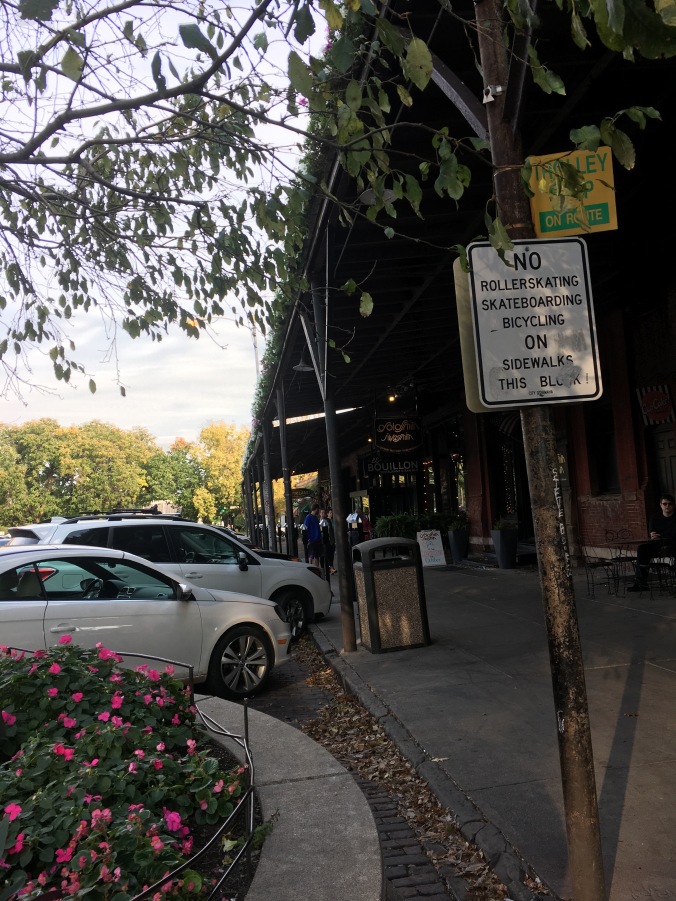 It’s the perfect place to spend a lazy afternoon just strolling along the alleys and passageways, looking at the galleries and boutiques.  We had a respite at La Buvette wine bar/grovery is cute, french and intimate.

Driving around Downtown, you can appreciate the different neighborhoods in town.  Just north of Old Market you’ll see the TD Ameritrade Park, home of the College World Series and the CenturyLink Center, where concerts, events and even the Olympic swim trials are held.  Creighton sports also use these arenas.

Speaking of, Omaha is also a college town multiple times over, home to the Creighton Bluejays, and both the Creighton and University of Nebraska Medical Center/campuses.   There is a lot of health related industry in town, and you can see the sprawl spreading into the suburbs.  UNMC is adjacent to the Blackstone area, which houses many notable restaurants like Stirnella. 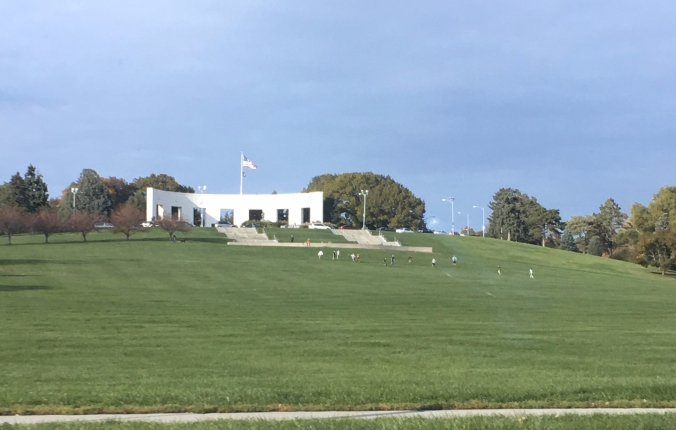 The Dundee neighborhood of Omaha, known as being the home of Warren Buffett, has a lot of great restaurants, from Dario’s to Marks and Paragon.  Memorial Park, a large green space, commemorates those from Douglas County who have served in the armed forces.  Seems very popular for weddings, as we saw a few in that area (no Husker game the weekend I visited, so apparently that’s the most popular weekend for weddings).

The Midtown and Midtown Crossing development has lots of restaurants–gastropubs and new American bistros, if you will. Grey Plume is supposed to be really great.  I’ve eaten at Black Oak for a work function, it’s fine for burgers and American fare. 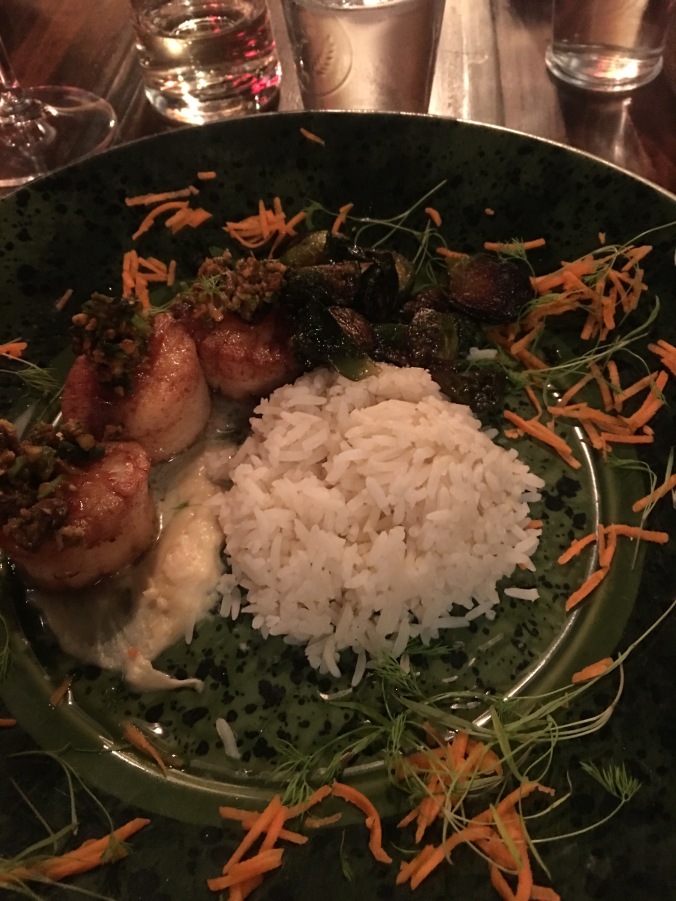 Twisted Cork (not to be confused with Twisted Fork in Old Market) is in a cute old timey saloon looking shopping center in West Omaha.  The restauranteur/chef are from Washington, so there’s some Pacific Northwest brews on tap and they have a great wine selection.  This is why I also ordered scallops (I know Nebraska is landlocked, don’t @ me), and you know what? They were delicious.

After a slow start, we wandered out for brunch at Pitch.  There are several locations of this Omaha favorite, and I can see why.  It’s a gastropizzeria fast casual dining concept, and it is really good.  The Morning Mia is a huge HUGE pizza with in house made fennel sausage, cheese, pepperoni, potatoes and eggs.  I literally took half of it on the plane with me, and it fed me for like two days. 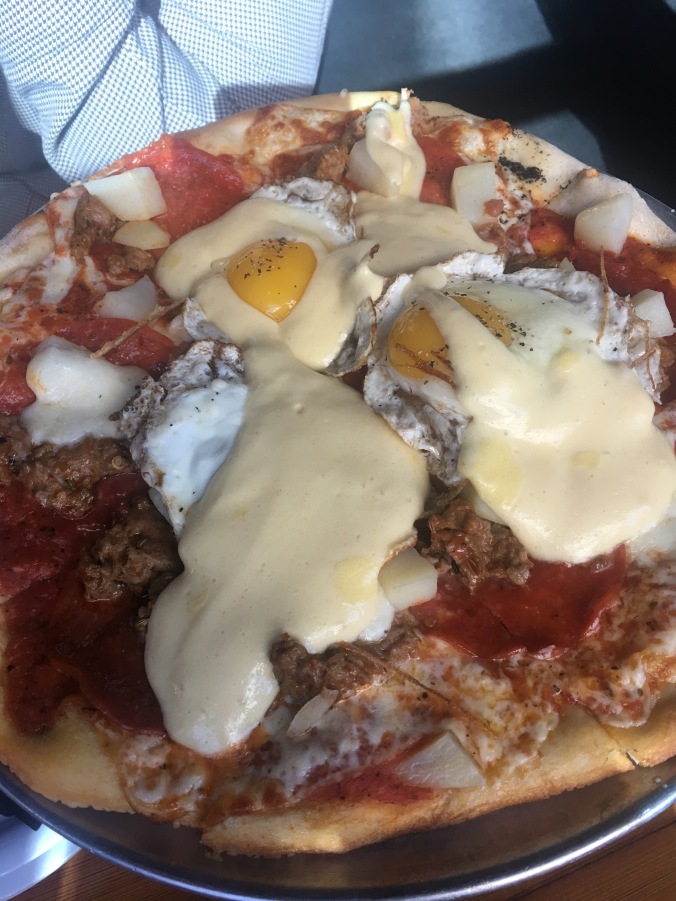 son of a pitch

Before heading back to the airport, we made one last stop at Aksarben Village.  There are really cute clothing boutiques like LuvBird and Hello Ruby, lots of healthy eats, and a cinema.  Roast coffee is a hip little shop (think reclaimed wood) near the Baxter arena, where the University of Nebraska -Omaha sports play.

On the way to the airport, we drove through downtown again, past the behemoth Nebraska Furniture Mart, North America’s largest home furnishing store.  This thing is like a city block large.  Way larger than the one in Kansas City, KS, it’s 420,000 square ft of corn maze like displays of moderately priced living room and dinette sets.  A buffet of furniture, or rather a Buffett of furniture.  I’m as corny as this state, sorry not sorry.