Prague is probably the most popular destination in Central Europe.  It’s a great city filled with spectacular vistas and bridges and churches.  It’s the city of a hundred spires, packed to the brim with Medieval churches, a castle, cobblestone paths.  It’s very walkable, and the beer is cheaper than water (it basically is water?) .   It’s a european city, so there’s also a thriving red light district and sex museums–fun for everyone, question mark.  What do you expect, it was the capital of Bohemia at one point.

Praha is a classic destination, with art, culture and architecture abound.  I spent a much too short 24 hours here, and while there are other cities I prefer, this is certain a must see for anyone traipsing around Europe looking for a good time.

Start your Bohemian adventure at the Old Town Square.  This central plaza features the famous astronomical clock, which dates back to 1410.  The clock of course has zodiac elements, astronomical elements of the sun and the moon and moving figures that put on a show every hour. It’s currently being renovated, but hopefully it will be back in action soon. 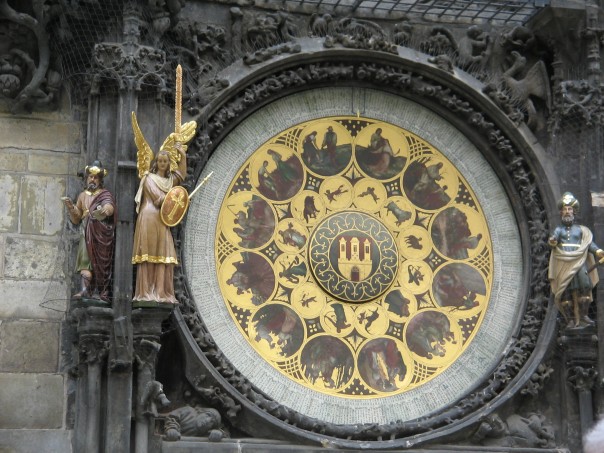 You’ll want to visit Prague Castle, apparently the largest ancient castle in the world.  Of the Baroque style, this formidable structure looks out over the kingdom from a hill.  This is where you’re going to capture the recognizable view of hundreds of orange roofs for as far as you can see.

The castle serves as the President of the Czech Republic’s home still, and also houses the crown jewels, hidden somewhere in the depths of the castle.  Make sure you plan ahead and arrive in time for the changing of the guard, at noon daily.

St. Vitus Cathedral is a Gothic style cathedral that houses remains of many Czech Kings and Roman Emperors. 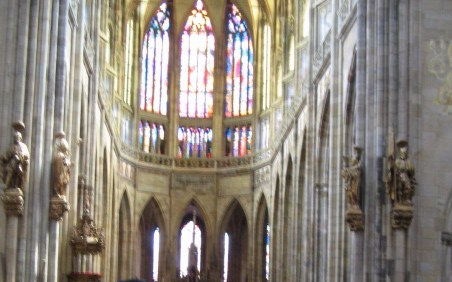 On your way back towards the Vtalya River, you’ll pass the Franz Kafta Museum dedicated to the prolific writer.  We read “the Metamorphosis” in 7th grade, and this guy was emo before emo existed.  Themes common to his writing are alienation/being an ousider, anxiety and existentialism — with fantastical events weaved into the story.

If you have the time, you should take a one hour river cruise, and float below the stone bridges while seeing the sights. 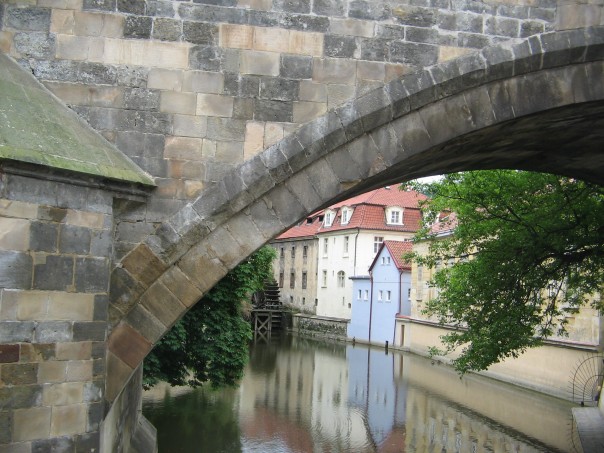 Then of course, stroll on the said Charles stone bridge and see the sculptures and neo-gothic architectural details (like the base of the Charles IV statue, this scene represents medicine) 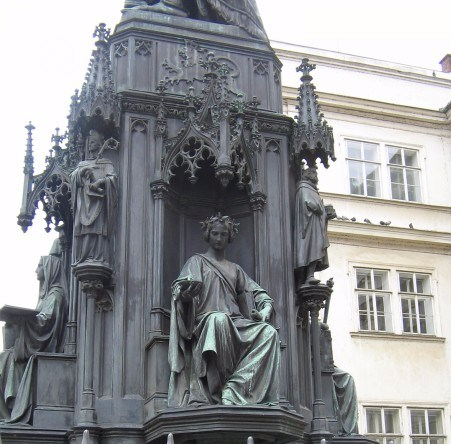 And if you’re looking for extra luck, there’s a legend behind the St. John of Nepomuk statue.  If you touch the falling priest (who was sentenced to death by King Wencelas– good king question mark? –for not disclosing the queen’s confessions), it’s supposed to make a wish come true.  There’s also shiny spots on the dog and the queen, and since I touched the dog I guess that’s why I’m not very lucky.  Shrugs. 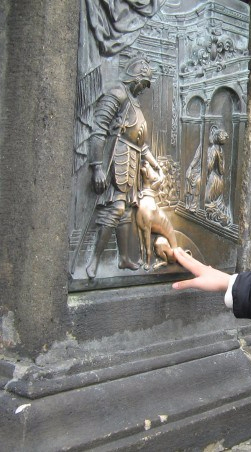 Oh well, next time –if I’m lucky enough to return I’ll already count it as a win. Ahoj!