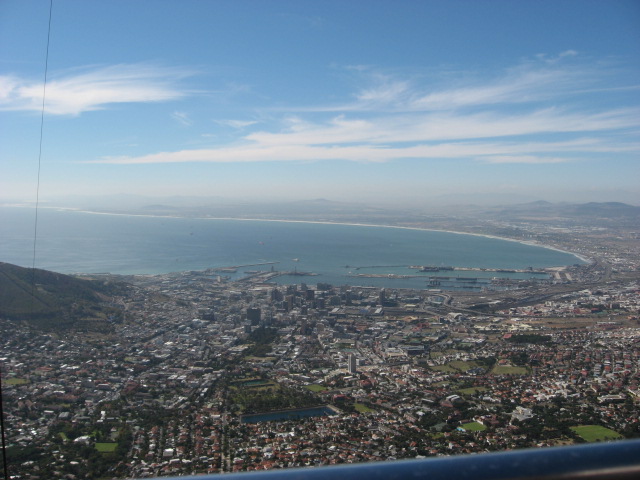 South Africa is an incredible destination.  Sitting at the tip of the African continent, this country has it all in terms of terrain and landscapes.  Miles and miles of beautiful coast rivaled by the mountains and rock formations of its hinterlands.  There’s the savanna to the serengeti, plans to grassy lowlands.  There’s also, of course, a very complicated, but rich history.

From the coastal beauty of Cape Town to the hustle and bustle of Johannesburg, there is so much to see in this gorgeous country.  I’d be remiss not to mention the shanty towns that provides a stark reminder of the impoverished conditions for many people there.

Having hosted the World Cup several years ago, South Africa has been on the world stage before and hopefully will thrive from the attention, in the form of economic and touristic opportunity.   In my opinion. South Africa should be visited via tour, as there is so much to see in a finite amount of time, that you’ll want to be organized and have people who know where they’re going, as it is still a developing nation.

Traveling from New York to Cape Town takes a really long time.  Like a REALLY long time, and that includes a stop with no disembarkment in Dakkar, Senegal.

But, when you land you’re greeted with the breezy, crisp sea air of Cape Town, the incredibly picturesque harbor town on the country’s west coast.  Start your adventure at V&A waterfront, a collection of restaurants and souvenir shops that caters to tourists.  There’s an immense view of Table Mountain harbor which you can enjoy from one of the many cafes and wine bars.  South Africa is renowned for the wineries, so make sure you don’t leave without tasting. 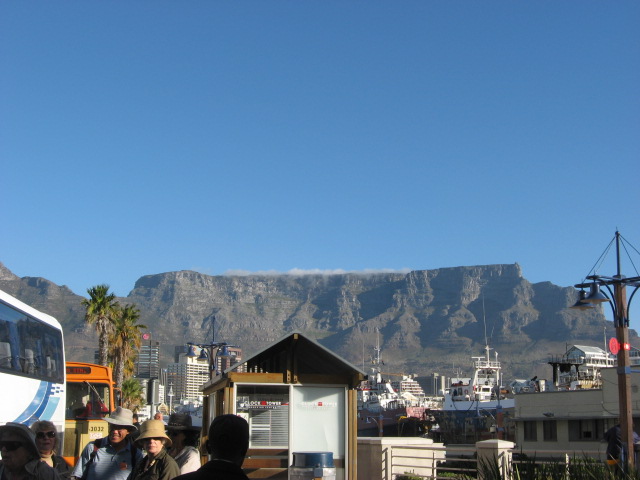 Take the cable car up to the top of Table Mountain for panoramic view of the bay and the city below. 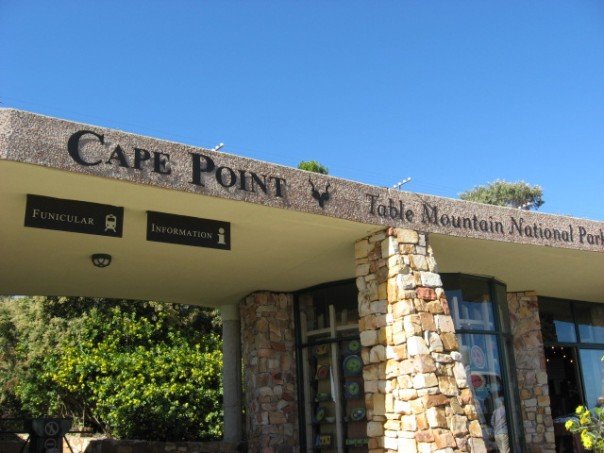 The spinning funicular will give you a 360 view as you rise and fall. 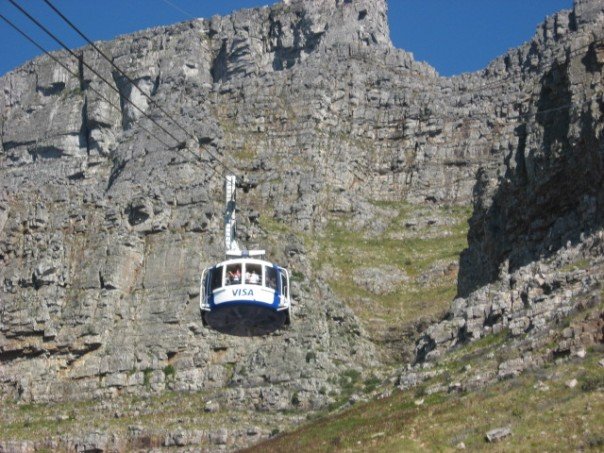 The view from the top.  Table Mountain in all its glory.

After escaping to these spectacular views, return to earth and the city.  Make sure to visit Bo-Kaap, formerly known as the Malay Quarter, filled with neon-hued homes. This area on Signal Hill was a previous enclave of Muslim Malay immigrants in the city and has one of the oldest mosques in the country situated there.   The streets are cobblestone, the back drop of Lion’s Head is remarkable and it’s perfect.

The streets around the city center are filled with souvenir vendors and markets hawking all sorts of handicrafts and trinkets.

The next day, the tour continues to the southern tip of the continent to the Cape of Good Hope, where the Atlantic and Indian Oceans meet.

This nature reserve has animals of all sorts roaming around, notably baboons who like to sit on people’s cars. 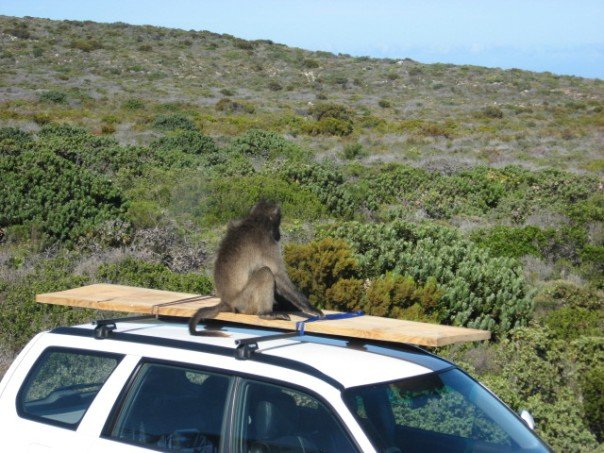 Continuing along the coast, you’ll get to Simon’s Town, home of South Africa’s Navy and a colony of penguins who’ve lived on the shores of Boulders beach since the 80s.

The nice thing about tours is that they take care of meals and transportation, because you will certainly be pooped after all the sights. 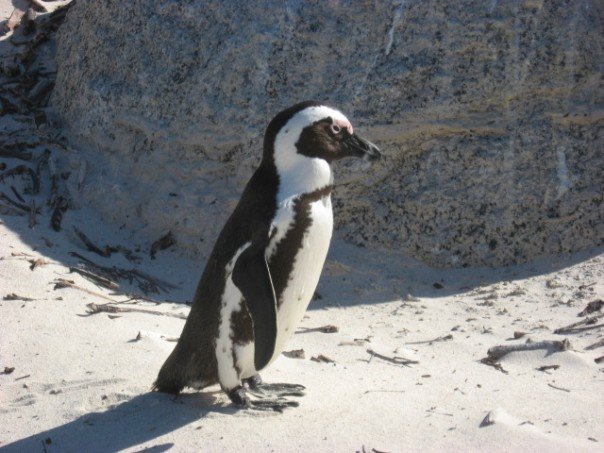 The next day, take the ferry to Robben Island.  This island is infamous for its holding of political prisoners during apartheid, including former President Nelson Mandela and current South African president Jacob Zuma.  It was also a leper colony at one point.

Nobel prize winner Nelson Mandela was imprisoned in the jail on the island for 18 years of 27 years before the fall of apartheid, for his opposition of apartheid and treason.

The next day you’ll leave Cape Town and head to Durban via plane.  This coastal gem of South Africa’s east coast is the third largest city in the country. 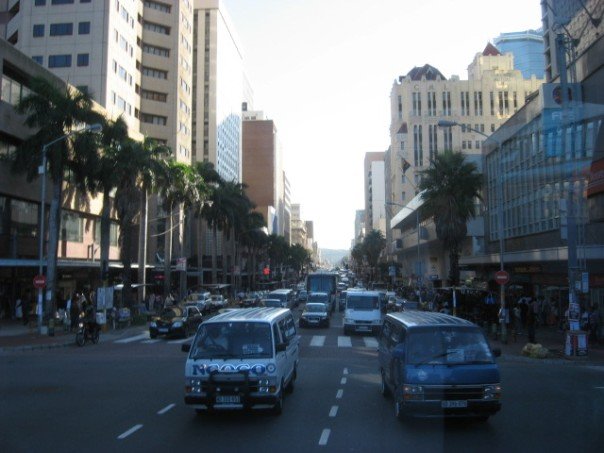 It’s a multiethnic community with a large Indian population and thriving port.  There’s casinos and theme parks and a central esplanade with a lot of tourist sites.

A gorgeous shoreline easily accessed by many, many hotels. 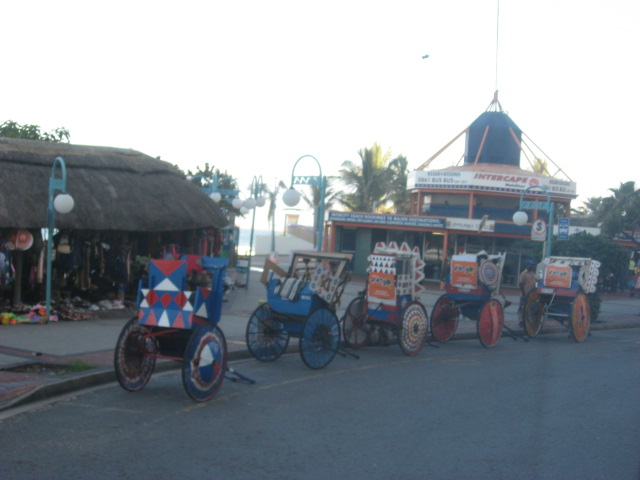 There’s souvenir shops lining the boardwalk, with peddlers and rickshaws set up along the Golden Mile of waterfront entertainment. 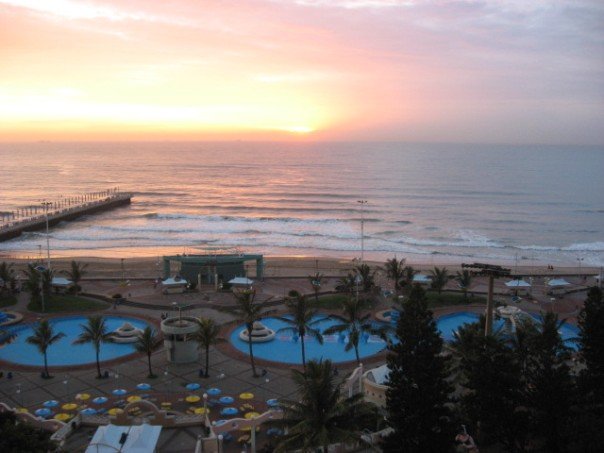 Before heading north to start the game reserve portion of your trip, you’ll want to stop at Zululand, where tribal culture is still preserved.

The Dumazulu cultural village showcases tribal arts and architecture, along with traditions and dance. 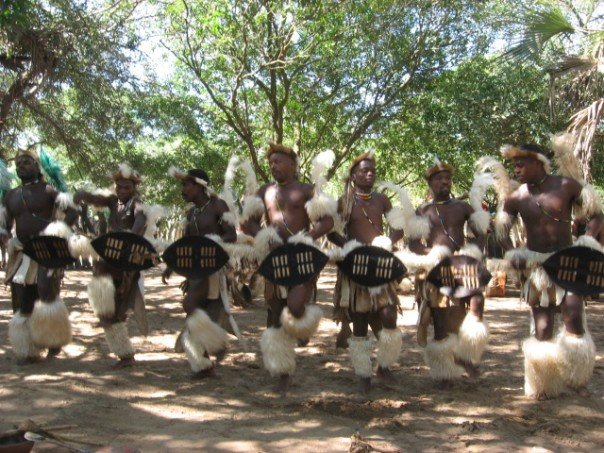 One thought on “3 days in Capetown and Durban”