In celebration of the start of the Final Four tomorrow, culminating in an undoubtably fantastic NCAA championship game Monday (hopefully featuring my school, I won’t say which, but if you read this blog, you can probably guess), here’s to planning your weekend in San Antonio! 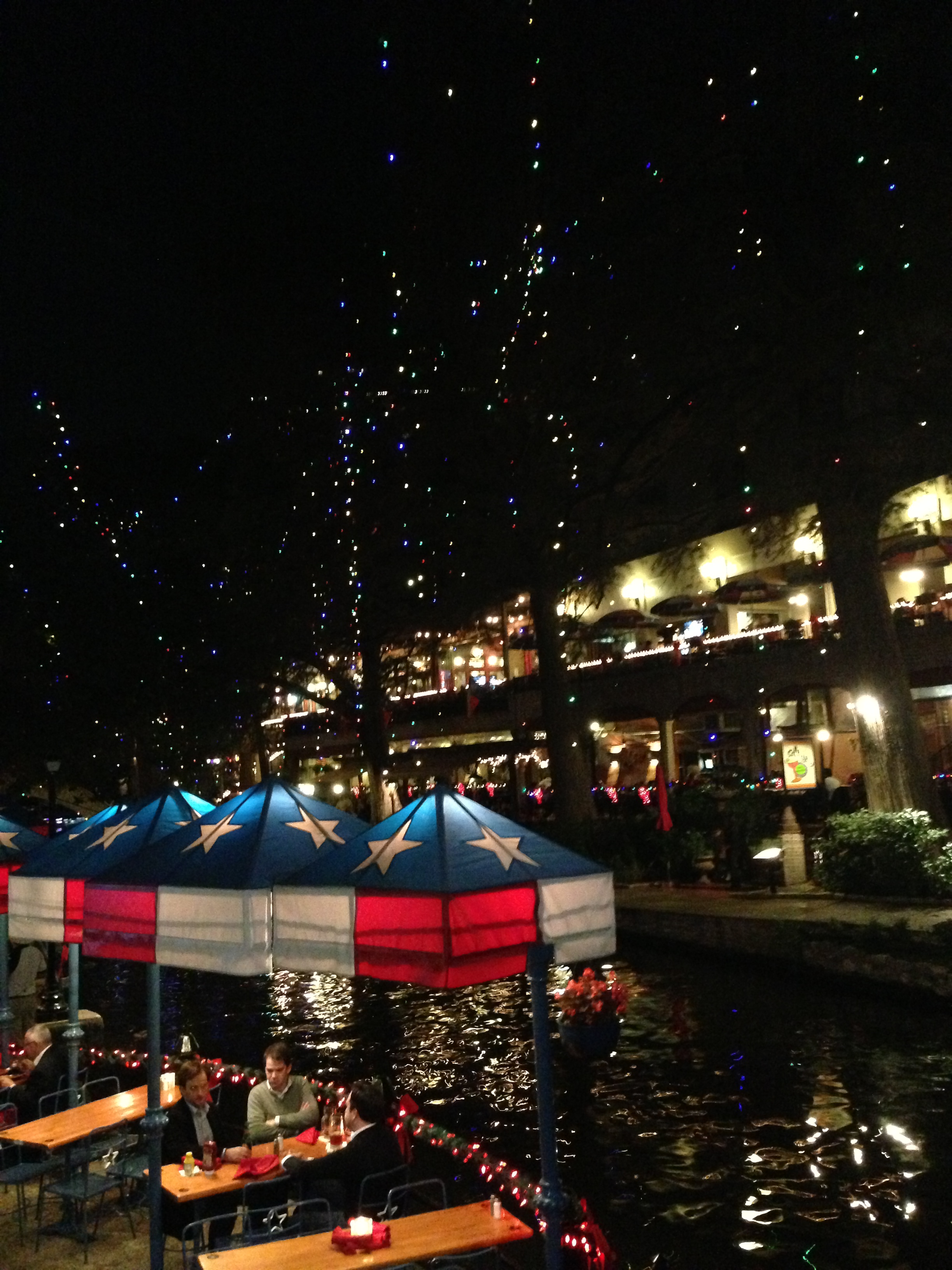 Inexplicably, I’ve been to San Antonio several times for work.  Texas’s second largest city, it’s one of the fastest growing cities in the country.  There’s a huge US armed forces contingent there and is probably best known for being home to the Alamo and previously, Tim Duncan.

Beyond that, the food and drink scene in San Antonio is fantastic.  Not only do you have spectacular Tex Mex regional cuisine, but every restaurant has it’s own unique look and feel.  The decor in some of these restaurants–especially the ones in repurposed spaces is something to behold.  It’s a multicultural city with so many identities, and that’s what makes it a great place to create some memories.

For being such a big city, the airport is just okay.  They could have better food, but at least there’s a Raising Cane’s.  It’s a little far from the downtown area, where most people stay. I’ve stayed at the Westin Riverwalk twice, and with friends in the suburbs as well.  DTSA a pretty easy place to get around even if you don’t have a rental car at your disposal.

The riverwalk is a really relaxing way to spend an afternoon/evening.  Hotels, souvenir vendors and lively restaurants flank the banks of the San Antonio river pedestrian area that runs through the heart of Downtown.  It’s a tourist trap for sure, and I’m not sure any locals really come down here except for events or to bring guests from out of town, but it really is pretty.  There are river barges and during San Antonio’s annual fiesta, a parade of floral floats literally float through this area.

The restaurants in this area are a mix of chain and local.  Acenar was a hip spot with a good vibe that had decent margaritas.  It must be popular with business travelers and the like because I’ve been taken here twice. 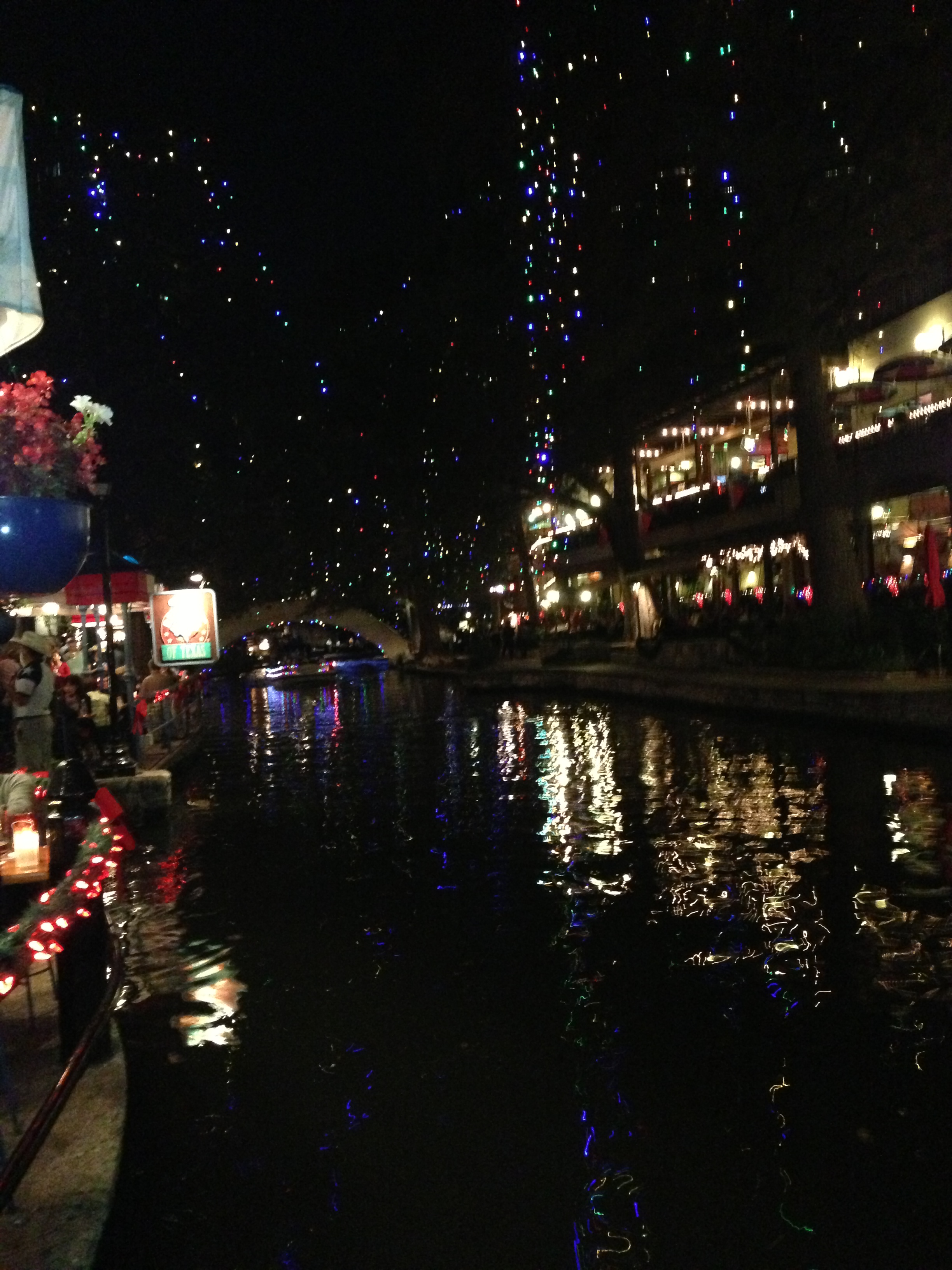 Keep on walking in this area and you’ll run into the San Antonio Art Museum and then of course, the Alamo.  It’s smaller than you think it’s going to be, and there’s no basement.

Originally a Spanish mission, it was famously besieged by General Santa Anna of Mexico.  The violence that resulted spurred (get it?) Texans to join the cause eventually leading to the defeat of Mexico at the Battle of San Jacinto in 1836.  Davy Crockett (King of the Wild Frontier) was killed at the Battle of Alamo.  Interesting fact, the incomparable Phil Collins, is one of the world’s foremost Alamo memorabilia collectors. Do you remember the Alamo, indeed. 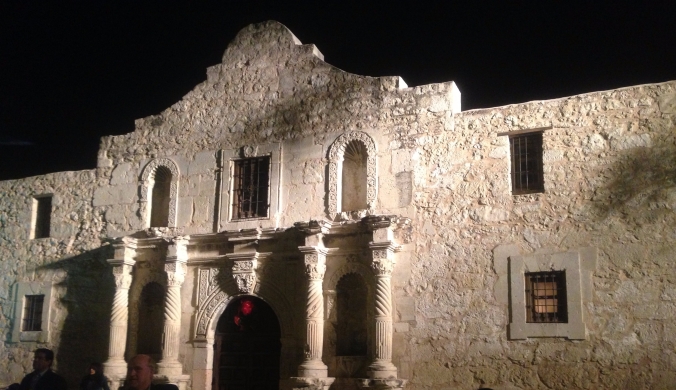 If you’re not on a work trip, San Antonio has a variety of neighborhoods to explore.  This is truly Tex-Mex country, and there’s historic sites in almost every neighborhood.  The architecture of some of the homes is grand, and will show you that things are definitely bigger in Texas.  Other landmarks include Japanese Botanical Garden, Briscoe Western Art Museum, Witte Texas/Natural History Museum, and a kids DoSeum.

Be sure to visit the historic San Antonio missions, there are five including the Alamo, but the other four are located together and have national historic park designation.  These missions are world UNESCO heritage sites, dating to the 1700s.

Rosario’s is one of the most celebrated restaurants in town, and it’s no wonder why.  The atmosphere is electric, the food high quality and the margaritas are strong.  Their salsa is amazing–smoky and salty and a perfect vehicle for tortilla chips.  Located nearish to the Alamo Dome, Convention Center and Tower of the Americas.

After lunch, further enjoy life by spending money at the Shops at La Cantera. This outdoor shopping complex has everything from Neiman Marcus to vineyard vines.  La Villita Historic village also has lots of arts and crafts as well and is closer to Downtown.

Maybe take a break from Tex Mex fare for the night and dine at Bella on the River for Mediterranean inspired dishes.  This little stone hovel of a restaurant is intimate and romantic, perfect for you and your work colleagues.  Just kidding.  It is really good though, their version of a frutti di mare pasta was creamy and delicious with GIGANTAUR Texas shrimp.

Before you leave town, don’t miss an opportunity to dine in the King William historic neighborhood.  There’s trendy bars and restaurants abound. Liberty Bar is a revamped convent, and Guenther House is set in a gorgeous mansion formerly belonging to the founder of Pioneer Flour.  Apparently owning flour makes you a lot of dough.

It also makes you some fluffy mcfluffy biscuits and pancakes which you should definitely try.  Or if you’re short on time, grab breakfast burrito or biscuits from San Antonio based Whataburger on your way out of town.  You will not regret it.

And of course, save your energy to scream for your team at the Alamodome.  Happy end of March Madness everyone!