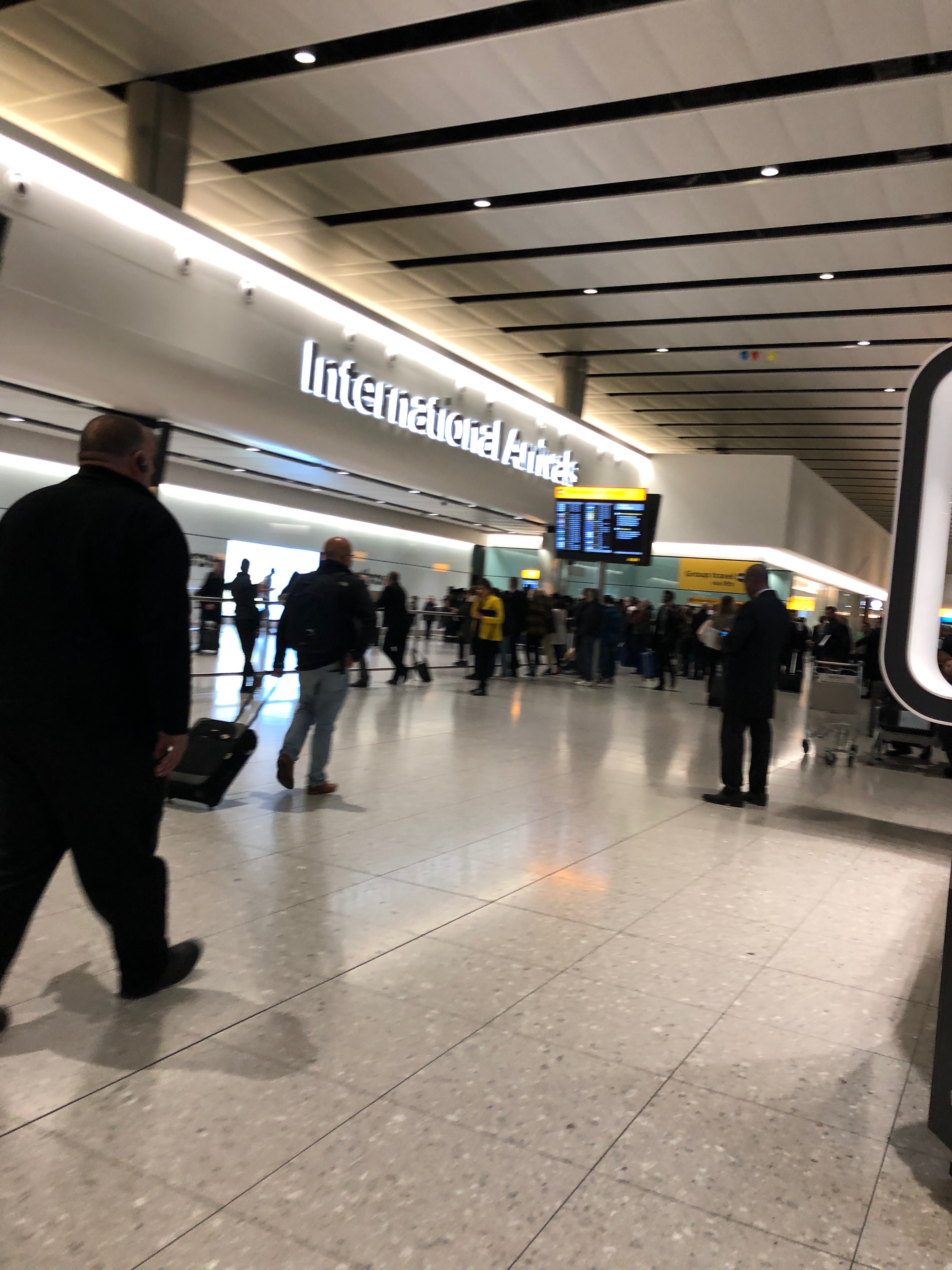 “Whenever I get gloomy with the state of the world, I think of the arrivals gate at Heathrow airport.” — Hugh Grant, Love Actually.

Thus is the beginning to the greatest romantic comedy -with major plot points played out in an airport- ever.  I know, really specific–but that scene with Thomas Sangster Brodie where he’s running through to catch the girl! Love it.

Even though there’s quite a liberal dusting of Hollywood magic in that movie (who would ever cheat on Colin Firth?!?), at least that first scene is accurate.  The excitement always reaches a climax when you walk through that hallway and emerge to see the throngs of people waiting for you. Love is actually all around!

Heathrow is the second busiest airport in the world, and has over 200 gates. You can fly just about anywhere, on any airline.  It’s about 14 miles from the city center, and can be reached via Heathrow Express train, the tube, and bus.  Express will get you to the city in 15 minutes; the tube will take 40 minutes, but it’s only ~3 pounds.

Convenience to city: ✈️✈️✈️✈️ (although only ✈️ for hotels, catching the Hoppa would be a lot easier if there were signs telling you which stop is designated for each hotel)

Ease of navigating through terminals: ✈️✈️

Convenience of security lines: N/A, but customs line was ✈️✈️✈️

Bathrooms:✈️✈️✈️ (not too shabby for amount of passenger traffic)

One thought on “know before you go: London Heathrow (LHR)”