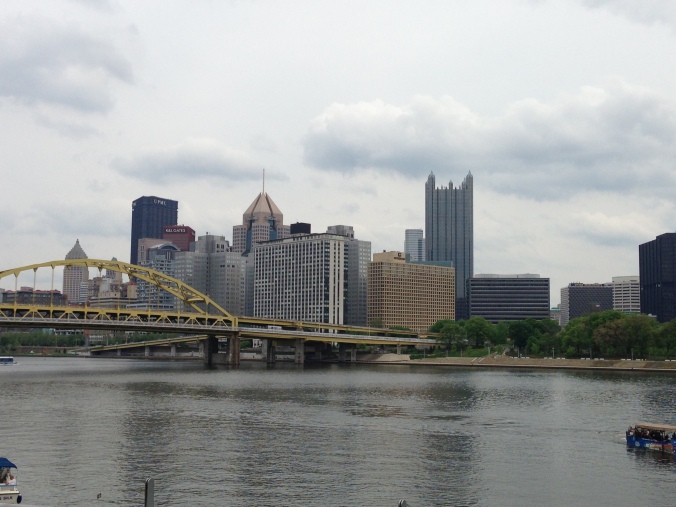 It completely broke my heart to see the massacre at the Tree of Life synagogue in Pittsburgh on Saturday.  It’s just so sad and the vitriol so unnecessary, and I don’t have any more words to describe it other than that. The Pittsburgh community is one of the most down home, genuine cities with the best people and the actions of a hateful individual will not change that.

The city is strong like its Steelers, neighborly like one of its most famous former residents, Fred Rogers, and a horrible act of violence and hate will not change that.  Pittsburgh strong.

Let’s channel a little Mr. Rogers and be good neighbors to all our friends in Pittsburgh.

The first thing I always notice when I’m here is that people drive kind of fast along the winding roads into the city from the airport.  There are a lot of river bends, since the city sits at the junction of three rivers.  The best corner is that last one where you finally get to see the skyline in the distance with its yellow Fort Pitt arched bridge and Heinz field in the background.  Pay attention to the architectural belles of the town, its bridges: there’s suspension, arched, girder — engineering dream.  FYI, there’s a really cheap, convenient bus flyer system to and from the airport to Downtown for other transport options. 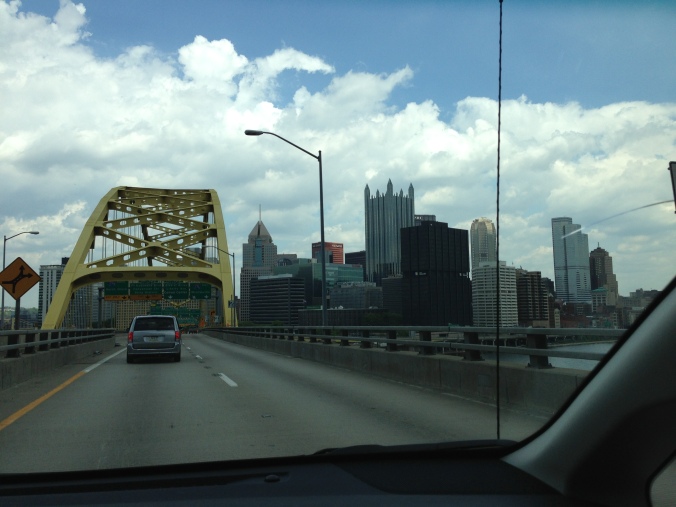 First stop is the Strip District because you’re going to start off your trip right, with a Primanti Bros. sandwich.  This is Pittsburgh’s world famous shop that features the classic Italian bread sandwich heaped with meat, coleslaw and french fries.  Walking in this area, you’ll find Polish delis, Italian markets, cool hipster bars, everything.

Cross over the David McCullough Bridge (16th Street) to the North Shore.  On this side of the Alleghany, you can see the PNC Park, Heinz Field, Children’s museum, and the Andy Warhol museum, depending on what you’re into. 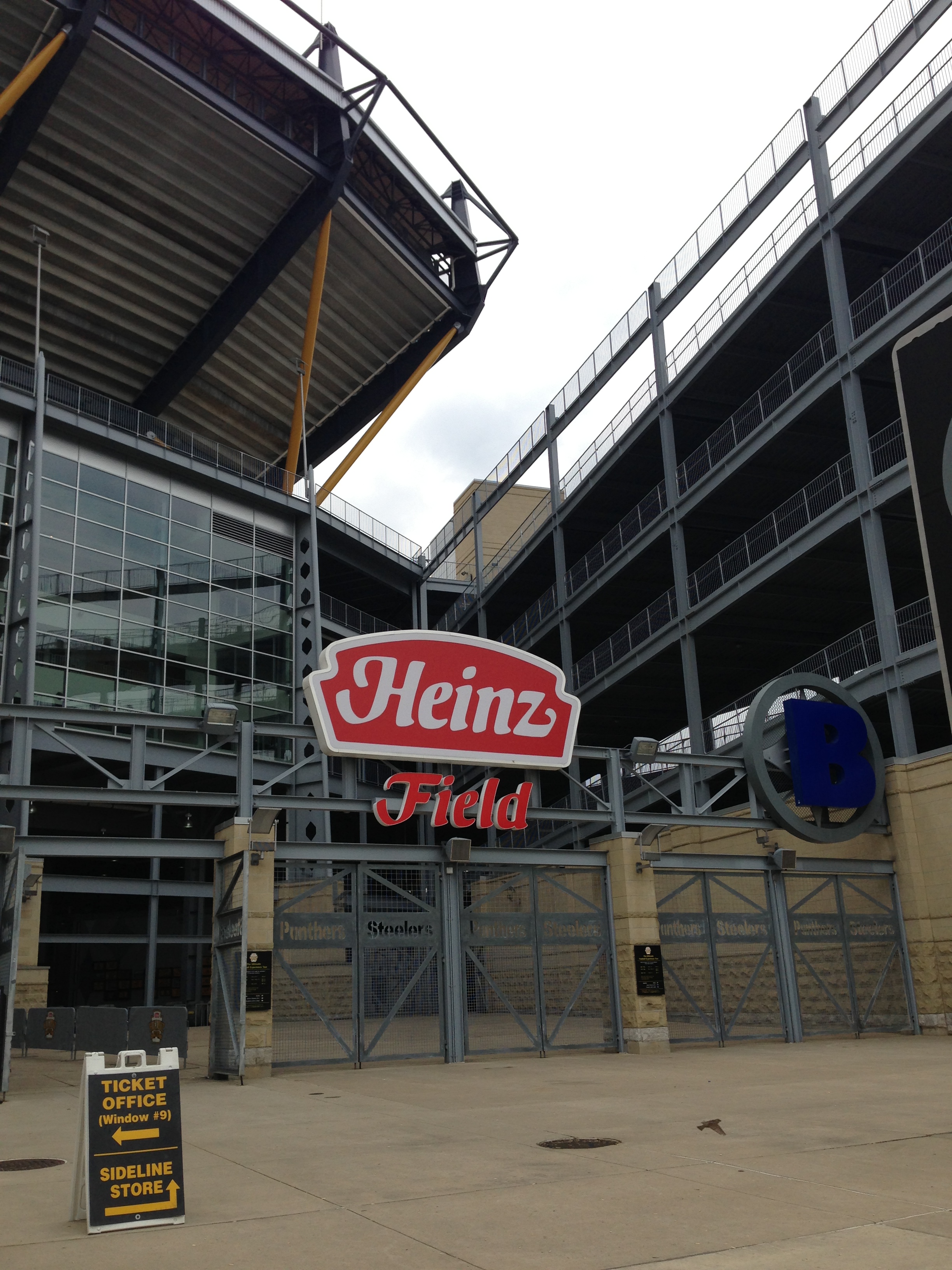 While on this side of the river, don’t forget to visit everyone’s favorite neighbor, Mr. Rogers.  Fred Rogers hosted his landmark television show from the PBS studios in Pittsburgh for over 30 years, and now his memorial statue sits in front of Heinz Field. 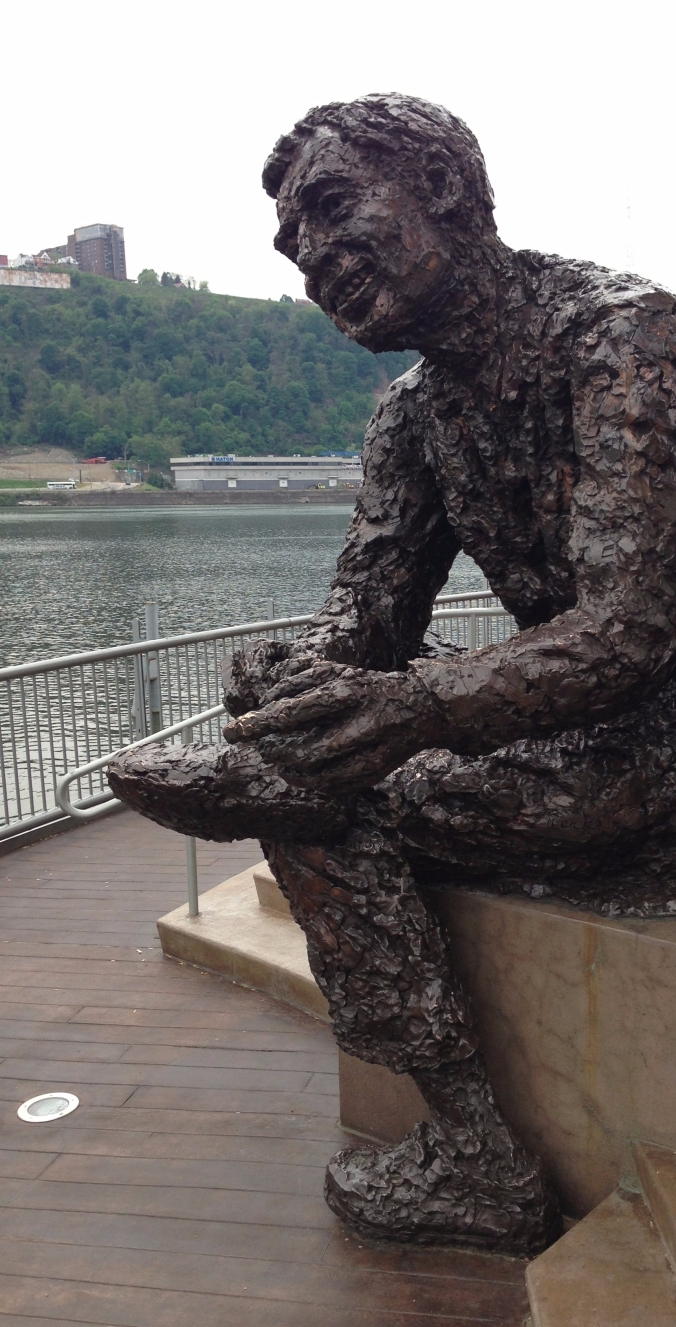 a beautiful day in the neighborhood

Cross one of the Three Sisters Bridges (Roberto Clemente, Andy Warhol, and Rachel Carson) back into Downtown.  Market Square is a nice shopping area in the center of Downtown where you can people watch–just stay safe, it can be a little sketchy.

Enjoy an upscale experience at Eleven back in the Strip District. The Hanger steak is superb, the candy bar a necessary indulgence, and the ambiance is well, sophisticated.  The upstairs is especially cozy, the lighting is dim, the leather club chairs are plush, and it’s quiet (so great to not have to yell over anyone, read: I’m old).

I’ve stayed in both the suburbs and Troy Hill in Pittsburgh, and luckily my friends have cars because it’s a very large metro area.  The suburbs are filled with green areas and woodsy surroundings, as this area gets a lot of precipitation. 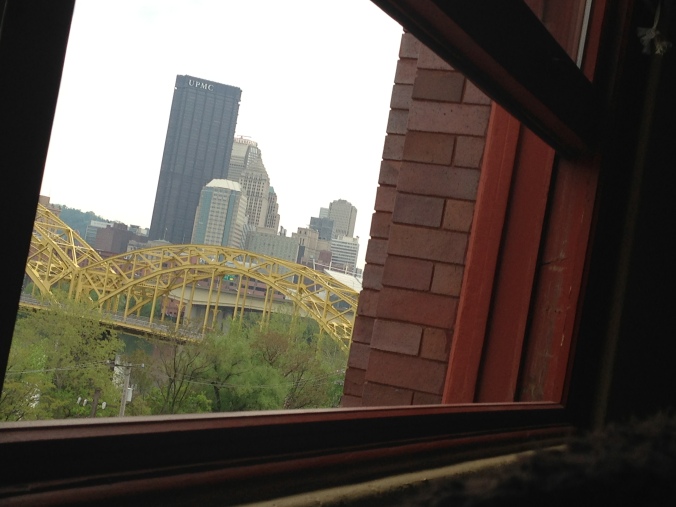 I’ve spent my second days in Pittsburgh typically busy with weddings or work events, but I’d highly recommend, if you have time, visiting the Frick or any of three universities in the area: University of Pittsburgh, Carnegie Mellon and Duquesne.  Carnegie Mellon has a ton of art museums on its campus.  There’s lots of it to be had in this industrial town, a lot of old money from these steel magnates.  Duquesne has the incline, a funicular system that will give you a sweeping view of Downtown Pittsburgh, if you’re so inclined (see what I did there?).  If its football season, post up at a bar in the South Side, like Carson City Saloon (great sports bar) to catch some college games. 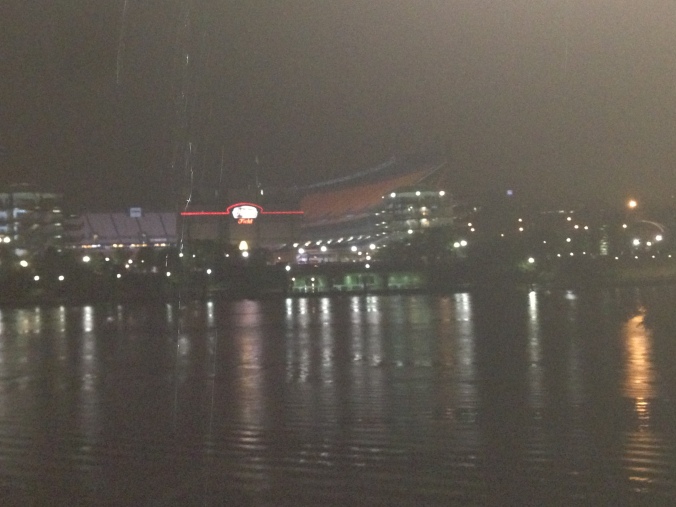 An excellent way to spend a cool evening is by taking a Gateway Clipper Fleet cruise.  I don’t usually like to take dinner cruises, so I say find dinner elsewhere, but there’s certainly that’s option if you want things to be easy.  We took one as a part of the wedding events, the waters were serene, the sights pretty lit and lit pretty.

The next morning, you should try and get some grub at Meat & Potatoes, a popular downtown spot for brunch.  Chicken & waffles will make you feel like a champion in this city of champions. 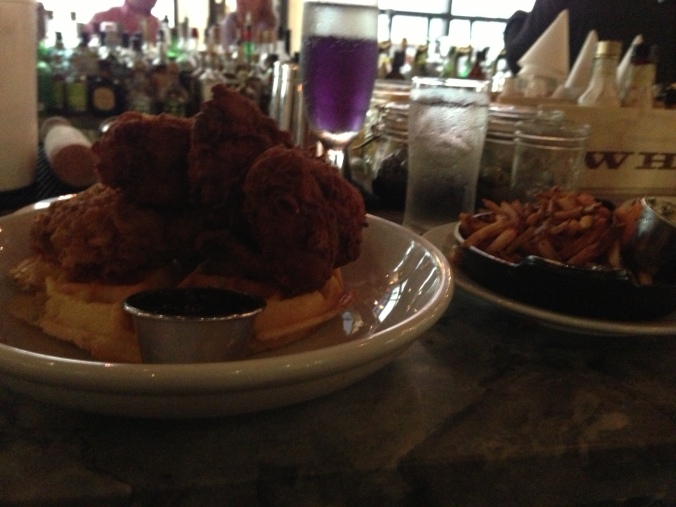 Pittsburgh souvenirs: an Andy Warhol print or a terrible towel