Derby City has a long, illustrious history of horse farms, and of course, the Kentucky Derby, but there’s so much more to the city.  It’s the hometown of the Greatest, Muhammad Ali, Louisville Slugger and great southern eats like Kentucky Fried Chicken. Come on, you know you love those 13 spices.

I only got to drive through this city, but the roadtrip through this part of the country is serene and beautiful.  There’s fields of bluegrass for as far as the eye can see and pastoral scenes of horse farms and billboards advertising bourbon distilleries and caves.  It does not get more southern than this.  If you’re coming from the South, you will pass Abraham Lincoln’s birthplace, too.  Louisville sits on the banks of the Ohio river and for that, was/is considered the gateway to the South.  And in fact, if you cross the river, you’ll be in Indiana.

Louisville, even though steeped in Southern history, seems very vibrant and young, maybe in part due to the college atmosphere.  There are a lot of trendy coffeeshops, I really liked Quills and local chain Sunergos. 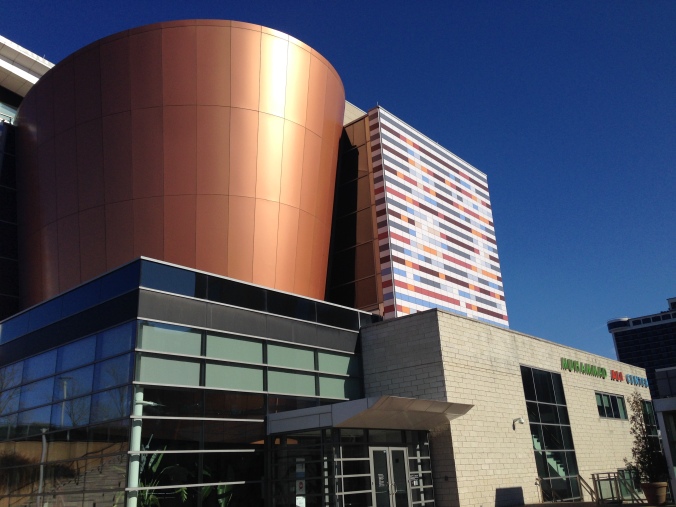 My first must see in the River City was the Muhammad Ali Center, a cultural museum dedicated to Cassius Clay, the man who would become the greatest American boxer of all time.  This center has interactive displays, movies and even a boxing ring.

There’s tons of paintings and art featuring him, including this gorgeous piece by LeRoy Neiman. 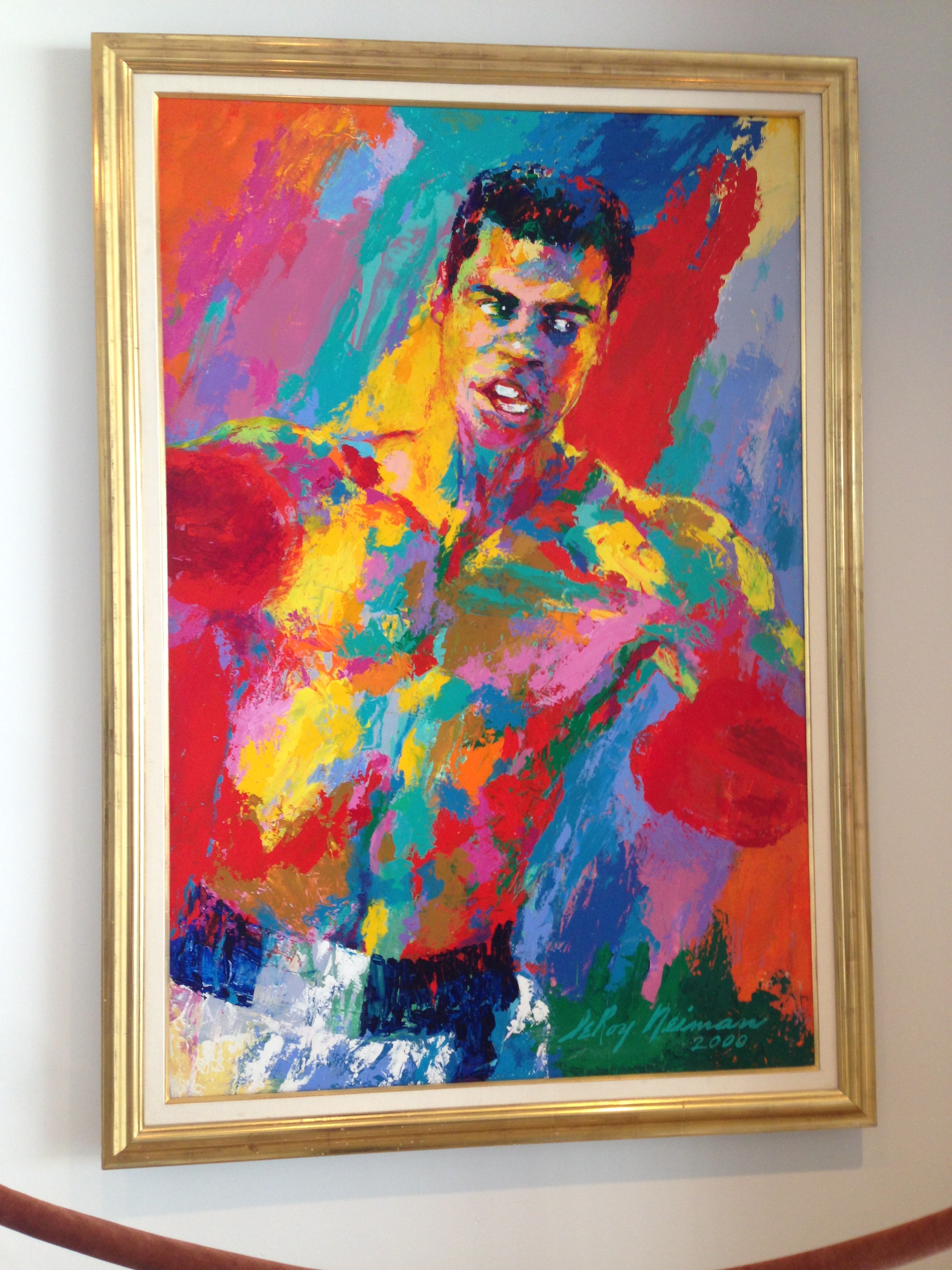 It’s not for profit, and celebrates the life of a man who inspired so many.

The center sits on Louisville’s waterfront, which features a large lawn and green area, with playgrounds, paths and an outdoor event venue.

Louisville’s downtown is actually larger than I expected, with the center being the KFC YUM Center, where the Louisville Cardinal NCAA team plays basketball.  You are in Bourbon country, so there is a Woodford Reserve Club in the arena, and just down the street is one of the distilleries on the Bourbon Trail, Evan Williams.

The buildings in the West Main District and Whiskey Row have facades in the cast iron revivalist style, similar to those in SoHo in NYC.  There are tons of art galleries and museums, hotels in this walkable area.  It’s also home to the arts district of Louisville, with the Center of the Performing Arts and Actors Theatre.  Inside the Actors Theatre is MilkWood, one of severeal Top Chef allum Ed Lee’s dining experiences in the city.  I wanted to try this place so badly, but it was closed when I was passing through.  Louisville has a ton of high end dining options: maybe you’ll run into Tom Brady at Decca or the Fat Lamb, you never know.

Behind that large gold replica of Michelangelo’s David (not sure the reason for that), lies Proof, a funkily decorated dining room that features everything from catfish dip to bourbon pie.  And of course, they’ve got juleps, which you’ve got to try when you’re in Kentucky.

Just a few blocks down is the Louisville Slugger museum.  You can’t miss it, it’s the one with the 120 foot tall baseball bat in front of it.

This museum also serves as an active factory and you can take a 20 minute tour where they show you from start to finish how the bats are made.  Everyone gets a free mini-bat, but just remember not to put it in your carry on if you’re flying (it will be confiscated).  There’s a wall of famous “slugger” autographs and batting cages, of course.  There’s also famous bats that you can hold.  It’s kitschy, but I’m into baseball, so I liked it. 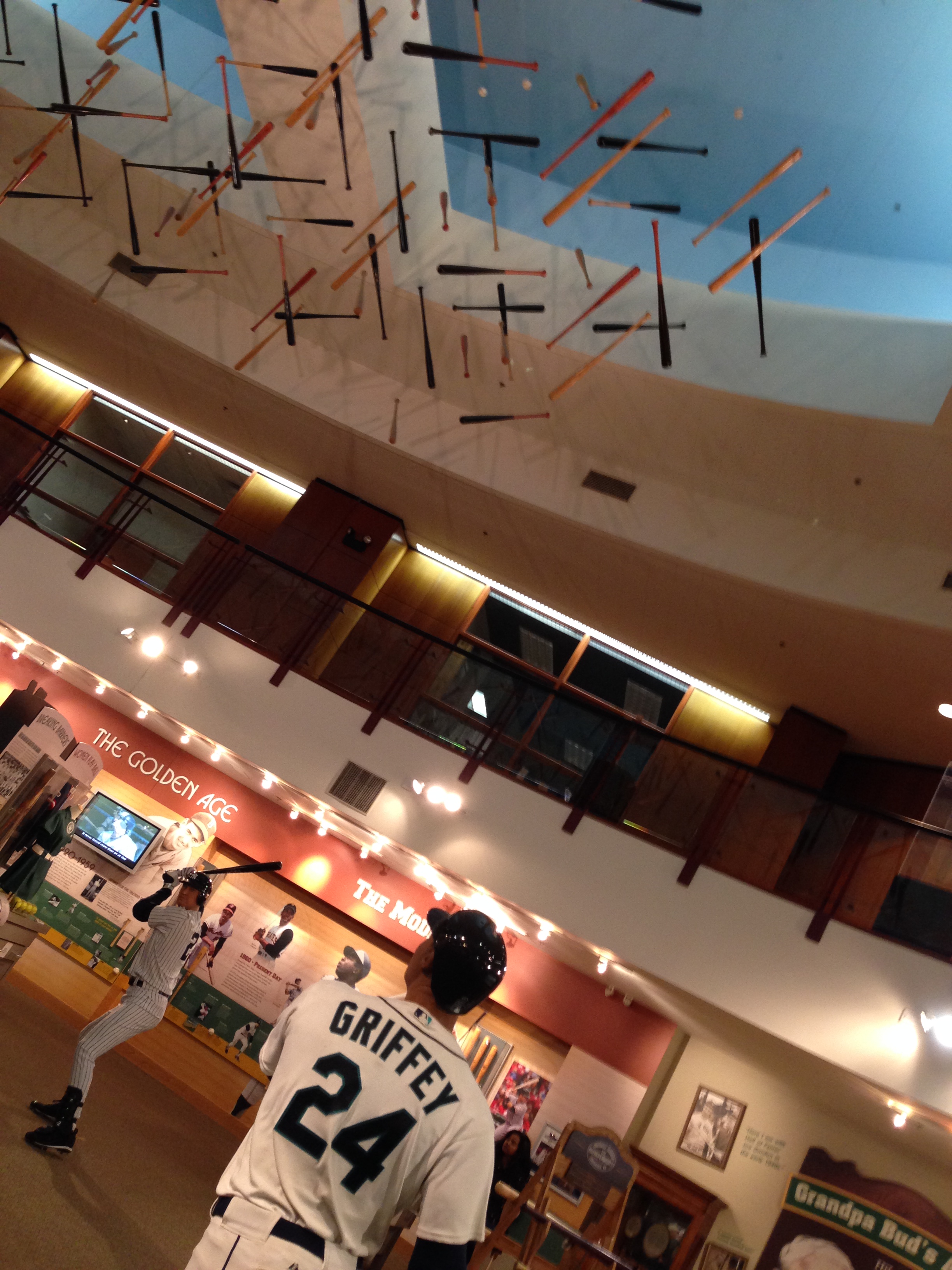 This was a super quick trip, but that’s a good starting point to your Derby weekend.  Even though Churchill Downs is the main event, don’t forget to explore the other amazing attractions this city has to offer.

Listen to: Nicole Scherzinger, My Morning Jacket, Patty Loveless and Bryson Tiller (Louisville gets more and more interesting as this list goes on)

Souvenirs: umm, Bourbon and a Louisville Sluggers — that should make for a fun night?