Stockholm is a huge Scandinavian hub for SAS and Norwegian, so it’s no surprise that it’s a pretty big airport.  I spent the good part of a 3 hour layover here looking for Swedish meatballs, finally finding one place that had them.  They need more Swedish meatballs.

Arlanda is the main airport in Stockholm, and is about 23 miles (37 km) north of city center.  Terminals 2 and 5 serve international flights, while 3 and 4 are domestic.  There are around ~72 gates (?) and this may be the only airport where they advertise wedding ceremonies to be held in the VIP lounges.  Would not be my first choice for a wedding venue (taking the plunge is not something I’d want to hear in an airport), but to each his/her own? 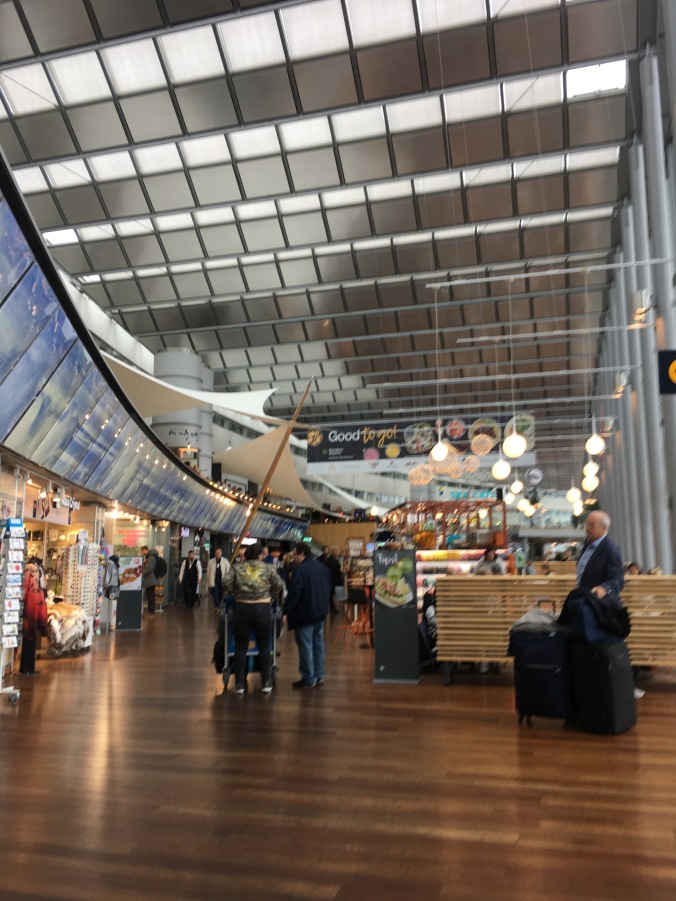 There is a large shopping/restaurant facility called Sky City in between the terminals, and I’m sure there’s a way to get to it without having to re-enter security from Terminal 2 to 5, but I could not find it.  However, security is very fast so it wasn’t a huge deal.  The design is very aesthetically Swedish, simple, clean lines with lots of windows and modern light fixtures.  There are also Volvos on display throughout the concourses, can’t get more Swedish than that.  It was a great place to have a layover, lots to see and do, but installing a people mover would be helpful.

Convenience to the city: ✈️✈️✈️ (far from city center, there are trains/buses that go directly to the airport, if you have a very long layover, probably doable)

Ease of navigating through terminals: ✈️✈️ (there has got to be a way to get to Sky City without exiting, so I’m taking a plane off for lack of directions to it)

Convenience of check in/security lines: ✈️✈️✈️  (it was very fast, even though the line was long)

Dining: ✈️✈️✈️ (Scandinavian, Asian, Italian, pubs, McDonald’s, juice bars, Starbucks.  Taste of Scandinavia has Swedish Meatballs and it only took me walking around like five times to realize it was the only place that had it)

Bathrooms: ✈️✈️  (clean, each stall has its own sink, but very long lines)