St. Louis has one of the most recognizable features of any location in the world, the St. Louis arch.  There’s so much more to see here though, with charming neighborhoods and stunning architecture, cultural character and museums and one of the biggest parks in the US.  The best thing is, a lot of attractions are free here.  Which cannot be said about most places.  Most importantly, it is home to the best frozen custard in the US, nay, the world, Ted Drewes.  I love Ted Drewes. I dream of Ted Drewes.  Marry me, Ted Drewes.

One taste of the Big Apple concrete will have you saying, meet me in St. Louis.

I’ve only ever driven into St. Louis, and usually like to make it a long weekend, so typically I’ve gotten in around brunch time on Friday.  The perfect place to start your trip is Kayak’s coffee.  Just a stone’s throw from Washington University in St. Louis and Forest Park, there’s really good salads here.  I know, I’m not usually a salad person, but the Northwoods Salad is delish.  They have sandwiches, smoothies, quiche, french toast, everything you could want before heading to Forest Park. 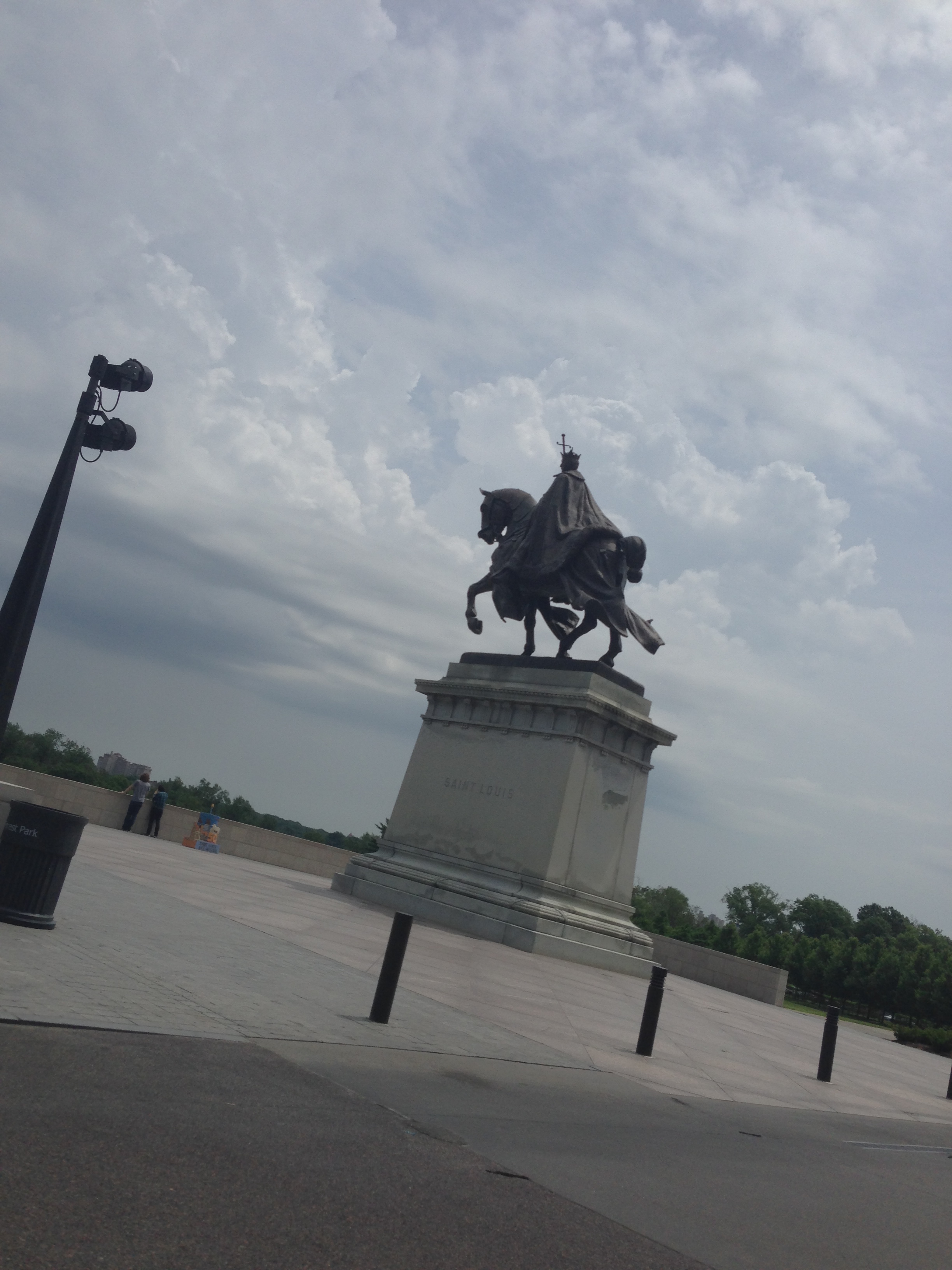 someone’s excited about the art museum

Forest Park is home to an abundance of attractions and the zoo, which is free (!). This park is gigantic, larger than Central Park.  The Saint Louis art museum, Science Center and Missouri History museum lie within its limits, and it seems like every notable event happens here, too.  Shakespeare in the Park, Hot Balloon race and LouFest are held here. 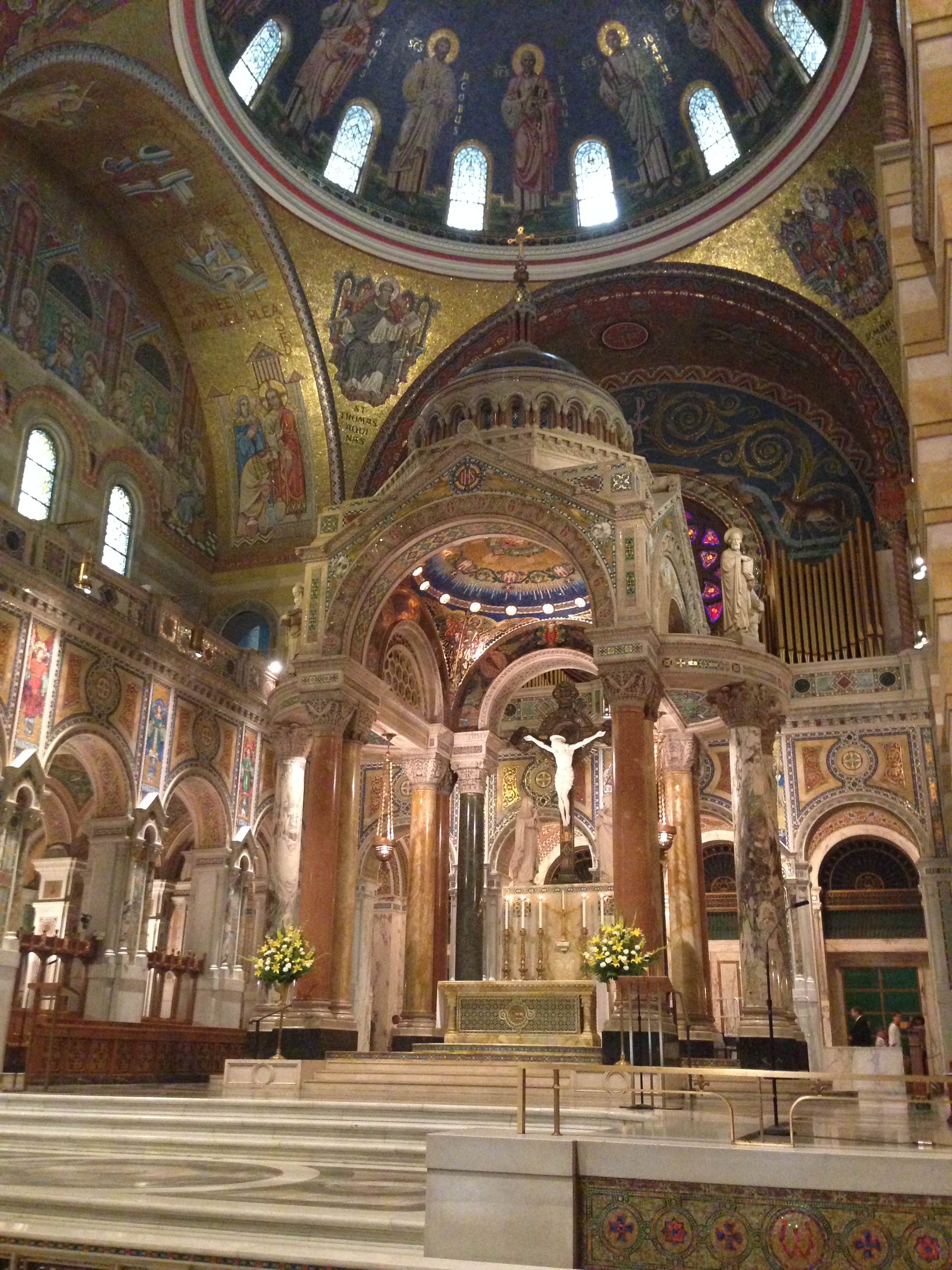 take me to church

Driving from west to east, after you leave the park, head a few more blocks east to the Cathedral Basilica of Saint Louis.  I’m not religious, but this is a site to behold.  This cathedral is one of the most beautiful I’ve ever seen, and I’ve been all over Europe.  The mosaic work on the ceiling is incredible.

If you want to see another beautiful church, make sure you check out St. Francis on the campus of Saint Louis University, also gorgeous gothic architecture.

There’s a pretty famous brewery from St. Louis, you may have heard of it…Schafly.  Ha, you thought I was going to say Anheuser-Busch, but I’ll get to them.  Schafly is a craft brewer that puts out of the best Pumpkin ales you can find.  They also have a great restaurant that serves American fare (try the ribs) which goes great with their ales.  I usually stay in Ladue or Clayton with friends, but after dinner, don’t miss an opportunity to go out in Clayton with the college kids.  It’s laid back, but you’ll definitely hear the question, “Which high school did you go to?” at least 5 times during the night. So STL.

The next morning, you’re going to want to start your day at Nadoz, a bistro/cafe with delicious paninis and crepes.  This restaurant in Richmond Heights sits right across from the Saint Louis Galleria, an upscale mall that will make any serious shopper salivate.

Head to Soulard Farmer’s Market to see the locals in one of the oldest markets in the country, established in 1779.  Soulard also is known for its nightlife, especially around Mardi Gras, so tuck that in your mental Rolodex if so inclined.

Anheuser-Busch, home of Budweiser, is adjacent to this area, and it’s worth a visit for the FREE tour, the Clydesdales, and the slice of Americana that this pop icon occupies.  You’ll learn a lot about their brewing process and get a free sample at the end if you’re of age. 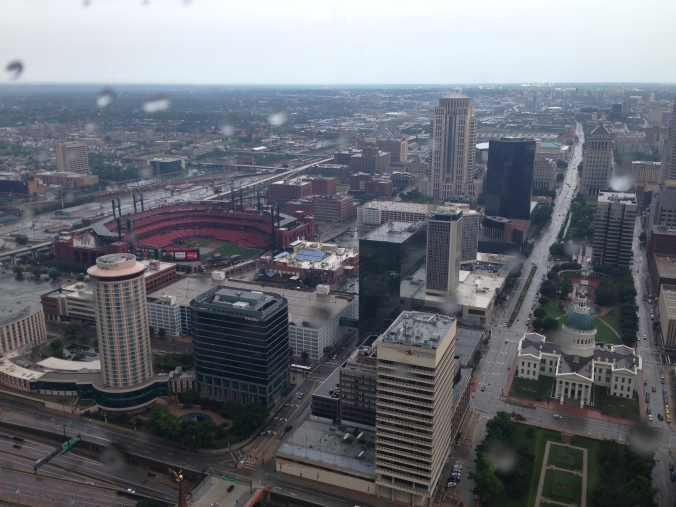 Since you are so close to downtown, you gotta go to the Arch.  First you will pass Busch stadium, and if you’re able, definitely catch a Cardinals game here sometime, it’s a beautiful park. At the base of the Arch is the gateway museum that has a lot of interesting facts about Lewis & Clark’s journey.  The main event is taking the sideways elevator to the 630 ft top of the arch to the observation area.  It’s a deal at $10 when compared to other observation decks (I’m looking at you, Willis Tower and Space Needle).  If it’s a windy day, expect there to be a little swaying; if it’s a clear day, enjoy the vast views across the Mississippi.

Stop by Union Station for a brief look at the architecture of the world’s former busiest and largest train station.  Now it serves as a hotel and event center, as seen outfitted for a wedding in this picture. 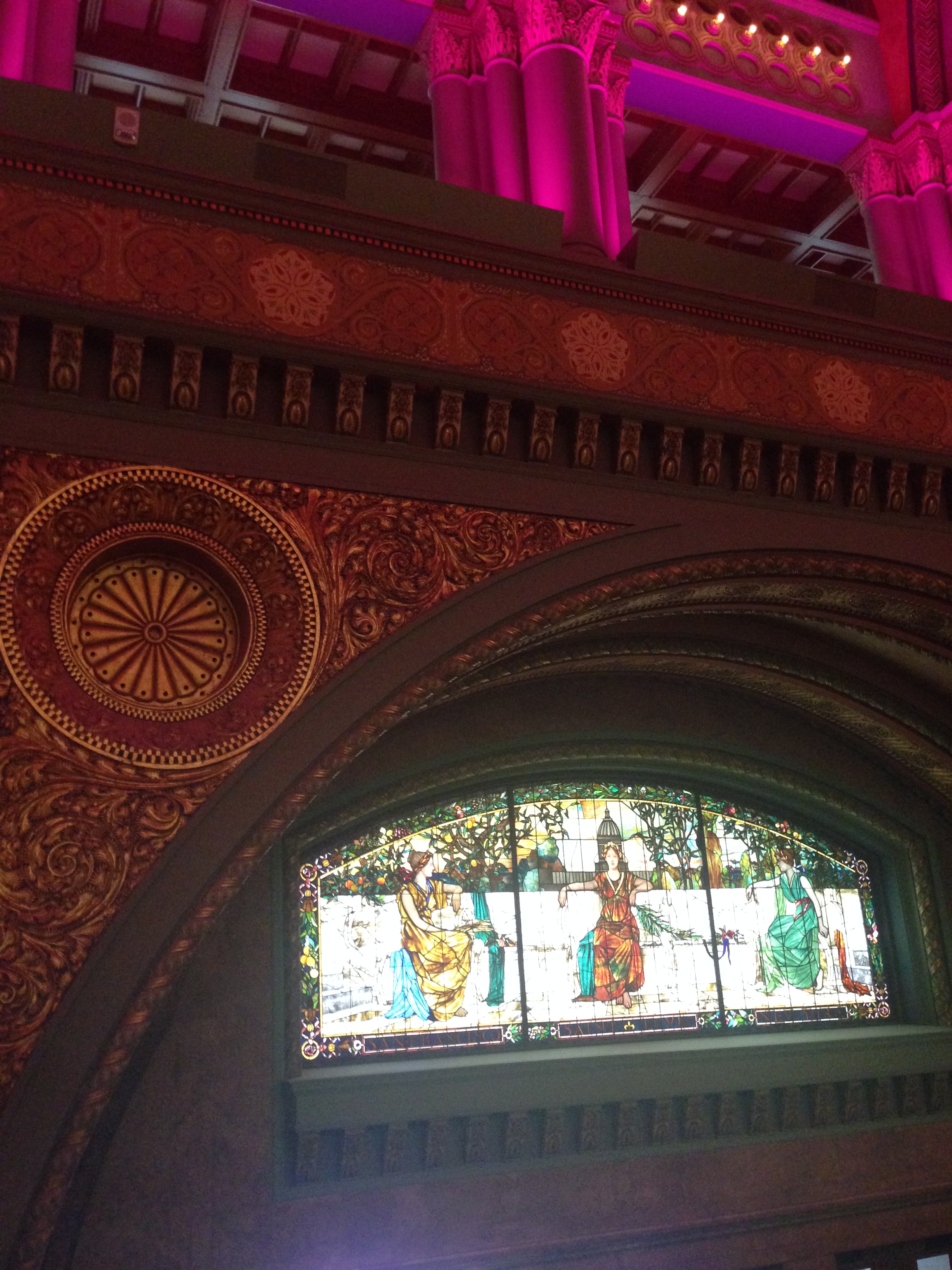 Spend the rest of your afternoon finding your inner kid at the City Museum, which is more like a playground of repurposed architectural and industrial materials for all ages, complete with a Ferris Wheel on its roof.  It’s terrifying to be up that high.

Unwind from your busy day at a restaurant on the Hill, an area of town that is known for its Italian food.  Brazie’s is a personal favorite, but there’s so many choices.  You gotta get cannolis or tiramisu for dessert, it’s mandatory.  Consider having a night cap in the West End, a populated night spot with lounges and the Sub Zero Vodka Bar.

For your last morning in town, head to Delmar Boulevard, and Blueberry Hill for good, old-fashioned diner food with a pop culture decor scheme.  Like we’re talking metal lunch boxes and pez dispensers.  Stroll along this street to see record shops and thrift stores and the like.

And don’t think I’ve forgotten.  It’s time.  Ted Drewes awaits you.  There’s a reason I waited until the end, and that’s because if you had it your first day, you wouldn’t want to do anything else.  They are known for their concretes, custard with mix ins.  The Big Apple has pieces of apple pie smushed into it.  Need I say more?

If you are driving back somewhere, take some Imo’s for the road.  Cracker crust pizza and toasted raviolis will clog your arteries in the best of ways.  Love St. Louis.

Suggested Souvenirs: something from the Arch, hell, bring back some Imo’s with you