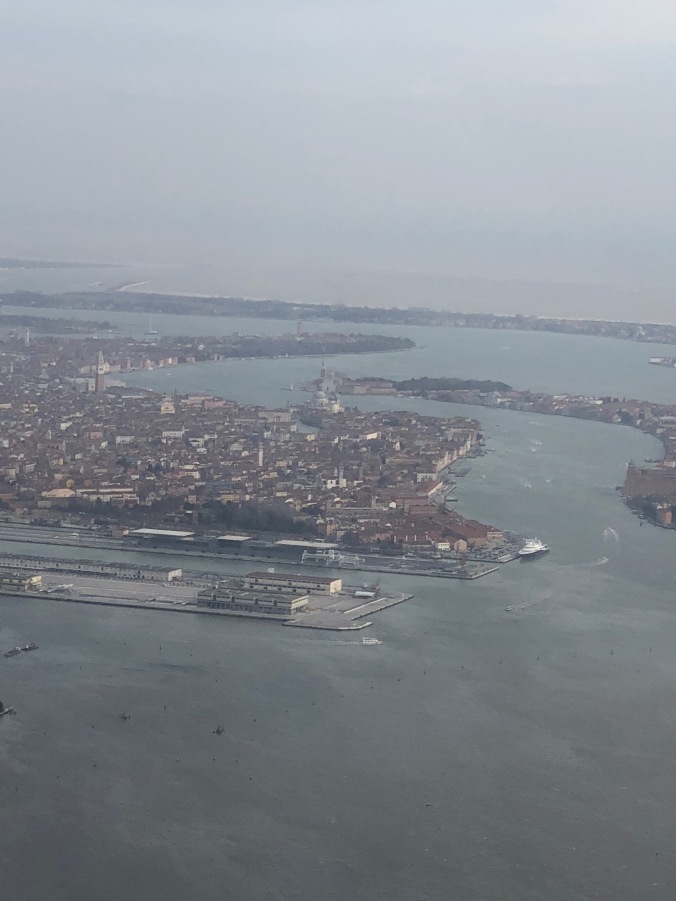 That’s right, the official name of Venice’s airport is Marco Polo, named after the famous Venetian native son known for being a well-traveled explorer and trader.  Luckily for us, we don’t have to take years long journeys to get from one place to the other now, we can jet in and out from his airport.

Flying into Venice through his airport will afford you one of the most marvelous views of your life.  If you’re sure to catch a seat on the right side of the plane, towards the front, you may catch a glimpse of one of the most beautiful cities in the world from a birds eye vantage point.

It’s not a huge airport, one terminal split into only about 35 gates, but it understandably serves a lot of tourists heading on their Italian holidays.  Lots of european airlines, and SkyTeam airlines.  The airport itself sits about 5 miles from Venice’s city center, and can be reached by ACTV bus, Aliguna ferry or water taxi.  Careful, water taxis alone can be very expensive (but may be a little faster).

Convenience to the city: ✈️✈️ (mainly because of the large sea in between airport and city, understandable though)

Ease of navigating through terminals: ✈️✈️✈️ (only one terminal)

Dining: ✈️✈️ (all italian, but extra points for a gelateria on site)

Amenities: ✈️✈️✈️✈️  (Two lounges.  For being a smaller airport, there’s a lot of designer shops: Bvlgari, Versace, Ferragamo, Valentino — hey, you’re in Italy, what do you expect?)