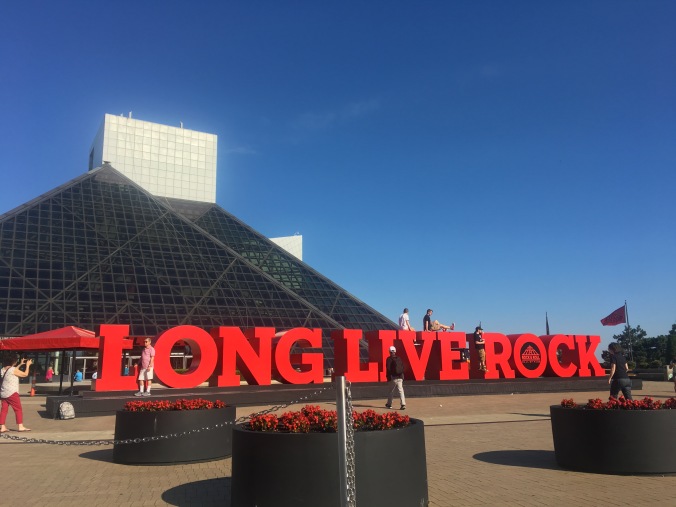 How great is Lebron James?  Honestly.  As an observer of the game, having been alive (but maybe not as cognizant of greatness at that age) to watch Magic/Kareem, Jordan, and seeing my team, the Lakers live their best lives during the Shaq/Kobe era, I can appreciate the magnitude of what this man has done on for the game. 8 straight finals! I mean,   We are the same age, and I can’t believe what he can accomplish pouring his soul onto the court.  Sometimes it’s hard for me to get out of my car without feeling old.  The dude is defying age, gravity, odds, you name it.  Legend.

If you’re headed to Believeland, here’s some recs for a quick trip:

Cleveland had a boom of Eastern European immigrants in the roaring 20s, and I am grateful for that because they’ve cultivated a rich culinary heritage, with no restaurant as institutional as Sokolowski’s Inn.

You just have to accept it, there’s gonna be a wait here.  It’s going to be very long, you’re going to be smelling butter and flour for like an hour, but once you get to the head of the cafeteria style line, you will be ready to eat everything, and when you see the food, you will want to.  I had a HUGE Chicken Paprikash with Pierogies, and I probably could have eaten a whole second helping it was so good.

The restaurant is located in the Tremont area which is actually pretty close to downtown.  The Quicken Loans arena is located on the banks of the Cuyahoga River, next to Progressive Field, where the Indians play.

The Arcade is a promenade area with the House of Blues, hotels, a lot of chain restaurants and shops, and is located next to the JACK Cleveland Casino.  This area is located adjacent to the parking structures of the arena.  There are a lot of bars and taverns where you can watch the games if you didn’t get a ticket, and Michael Symon’s venerable Lola Bistro.

If you’re out all night reveling, make sure you check out the Playhouse Square which has a beautiful chandelier sparkling in the night sky.

You’ll need coffee ASAP in the morning, so head to the Phoenix, a cozy coffee shop in the Cleveland Heights area.  I can see why this place is very popular with nearby students and medical professionals, it’s super hip and has a great roast.  This is close to Forest Hill Park, a sprawling greenspace that used to be A PART of John D. Rockerfeller’s property.  Like a part of his backyard.  This just confirms that I should have been an oil magnate. 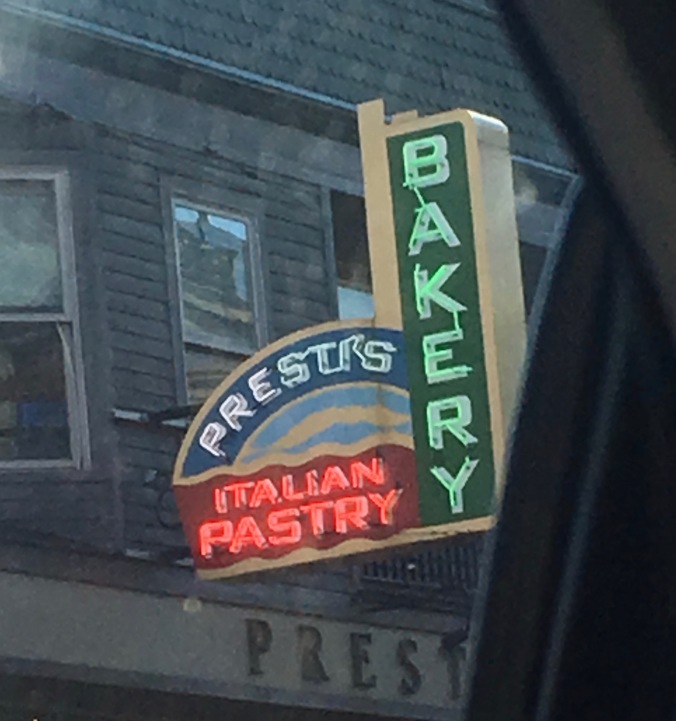 From there make your way to Presti’s, a revered bakery in the Little Italy neighborhood.  I stuffed my face with cookies and cannolis and it was AMAZING.  Don’t leave the cannolis, they are scrumptious. 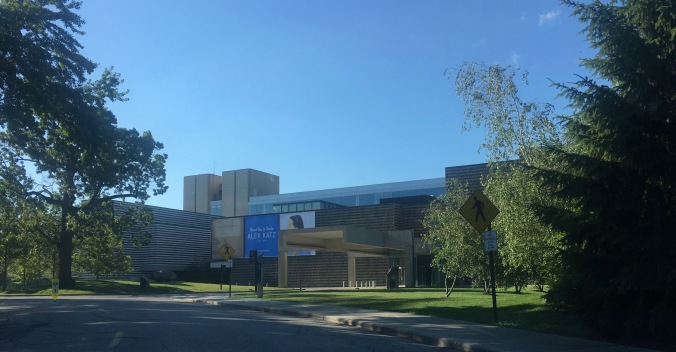 Before heading out of this area, head to University Circle around Case Western.  There’s so many museums!  Museum of Art, Natural History, Botanical Garden and Modern Art–are all located in this convenient district. 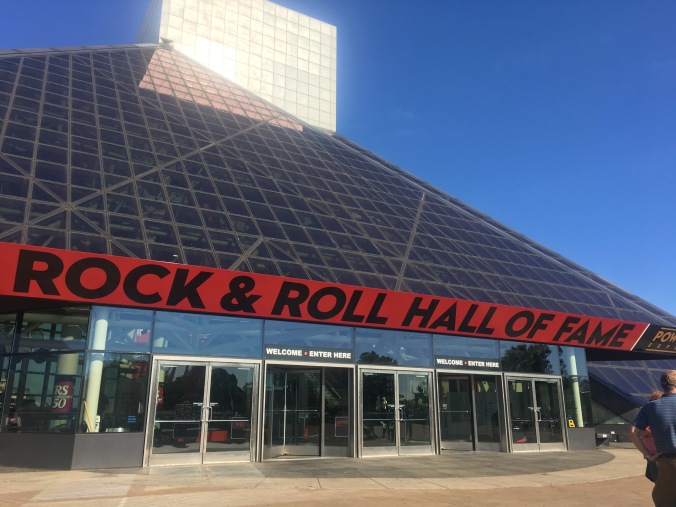 If you only have time to do one thing, make it the Rock and Roll Hall of Fame.  This was a kind of pilgrimage for me, as obsessive a music fan as can exist.  I spent hours here and could have spent more, if not for my late afternoon flight.  There was regalia, costumes, handwritten lyrics, background stories, immersive media, shiny objects, instruments, history, show posters, and of course music.

Cleveland also has a lot of public art, one of the more notable pieces is Free Stamp in Willard Park.  A nod to the emancipation of slaves during the Civil War, it’s a giant rubber stamp designed by Claes Oldenburg and Coosje van Bruggen.  You may recognize their work from a previous post, they also designed Shuttlecocks at the Nelson Atkins Museum in Kansas City.

If you’re there during the weekend, don’t miss the West Side (westside!) Market.  A bustling farmer’s and food stall market is the best place to be, especially when located in such a gorgeous historical building.  If it’s open, queue up for Steve’s famous gyros.

Who ya got in the NBA finals?  And for those who will try to get tickets for Oracle Arena/GSW?  Stay tuned for SF/OAK on Thursday…