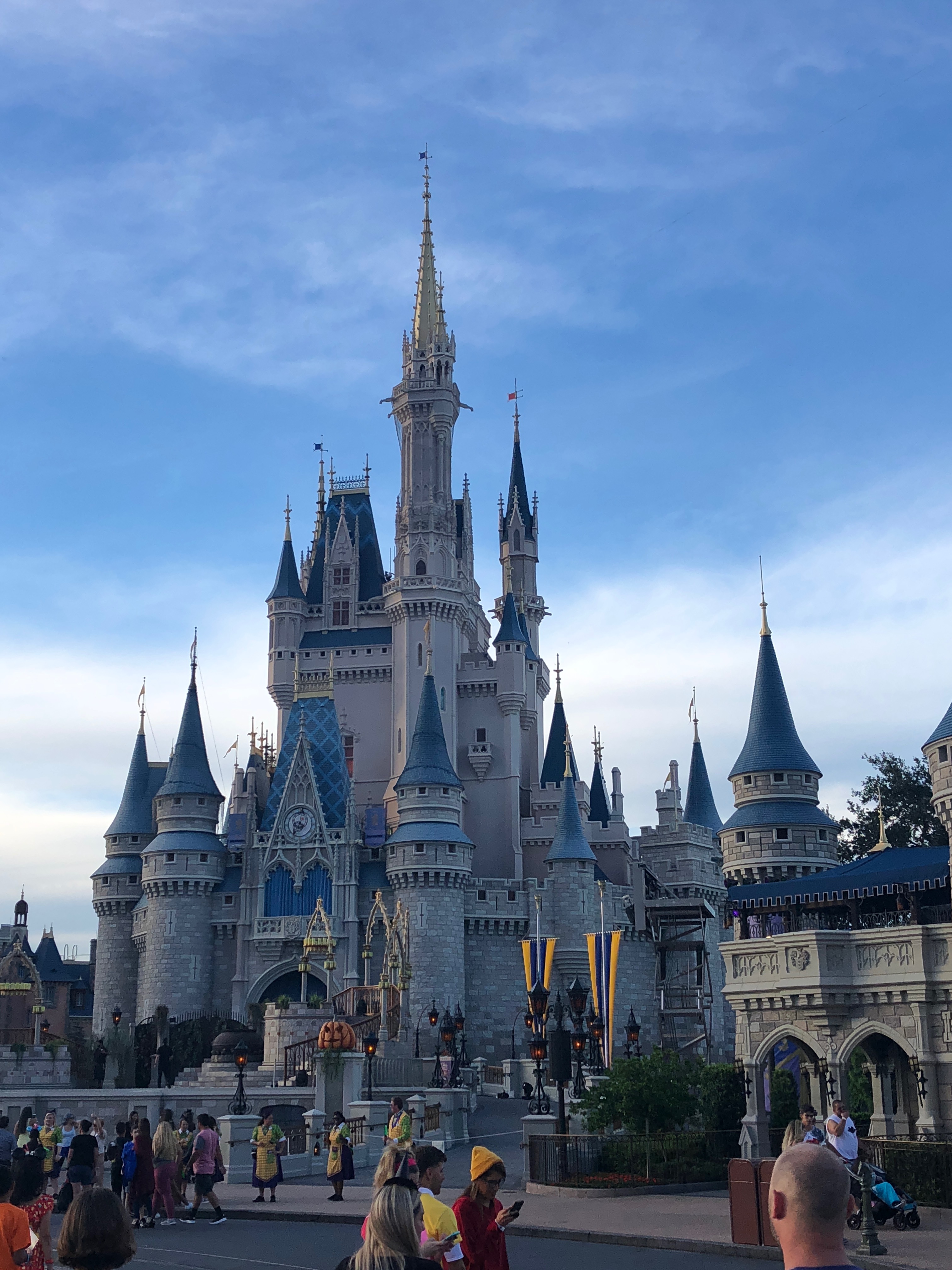 Having grown up a stone’s throw from Disneyland, the house of mouse has somewhat lost its luster on me as an adult.  I know, I know, I bet a lot of you are appalled.

For the rest of you sane lot, I just can’t reconcile spending a car payment for a day standing in lines around hordes of strangers (read: I’m old and apparently too sensible to have any fun).  And living so close to Disneyland, I can hear and sometimes see the fireworks from my house every night at 9:30 PM, so I get to reap the benefits without having to withstand the hassle.  I haven’t been since I was 18.  And trust me, that was a LONG time ago.

That being said, I get it.  People love going to Disneyland…they don’t call it the happiest place on earth for nothing.  It’s a place where whimsy and magic exists, for patrons of all ages.  A microcosm where you can forget the outside for a moment and just have fun. And if you have kids?  It’s definitely a fantastic experience for them.  Who doesn’t want to give their kids the world?

And even though I may be biased as a born and bred Anaheim native, I can still admit that Disneyworld beats our original Disneyland handily.  First of all, there’s 6 parks to our 2.  Magic Kingdom, Animal Kingdom, Epcot, Hollywood Studios, Typhoon Lagoon and Blizzard Beach.  You do have to travel to Orlando though, so I guess that’s the trade off 😉

Disneyworld is an actual a world of its own with hotels, transportation, lakes, security, grocery stores, etc.  I think it’s has its own government (obviously Mr. Mouse is a despot).  And although it is a resort…lest you think you’ll be having a relaxing vacation, you are sorely mistaken.  More a rat race, these trips are a whirlwind of multiple parks, characters and Mickey themed everything.  It’s a mousetrap! And it is basically a rite of passage for all families these days (youtube disneyworld trip reveals and then hate yourself afterwards).  Yay gross consumerism!

The consensus of all those polled for this post is this:  just resign and spend the money.  This is Disney, it will be expensive.  But, it will also be a memorable visit for your kids, so if you’re going to do it, just go ahead and buy the park hopper passes, get fast passes for everything, and get the meal plans.  These vacations take a lot of pre-planning as well.  Depending on which characters your kids want to see, there’s different restaurants and locations where you can purchase memorable opportunities. 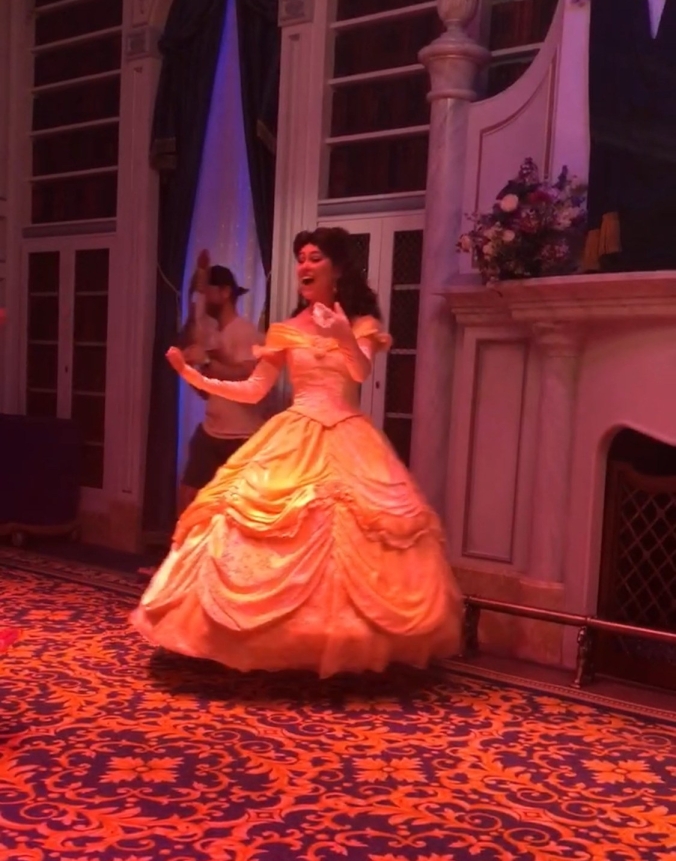 You’re going to want to stay in a Disney hotel on the resort to immerse yourself in the whole experience.  They have accommodations for all budgets, from camping to motels to the upscale Grand Floridian (or Grand Californian).  If you really want to burn a hole in your wallet (don’t worry there’s time to do that in the park), you can also try to nab a room at the Animal Kingdom lodge (see the animals upclose!) or Bora Bora style bungalows at Polynesian Village.  If you’re ready for a break from Disney, but don’t want to venture too far, there’s even a Four Seasons at Walt Disney. 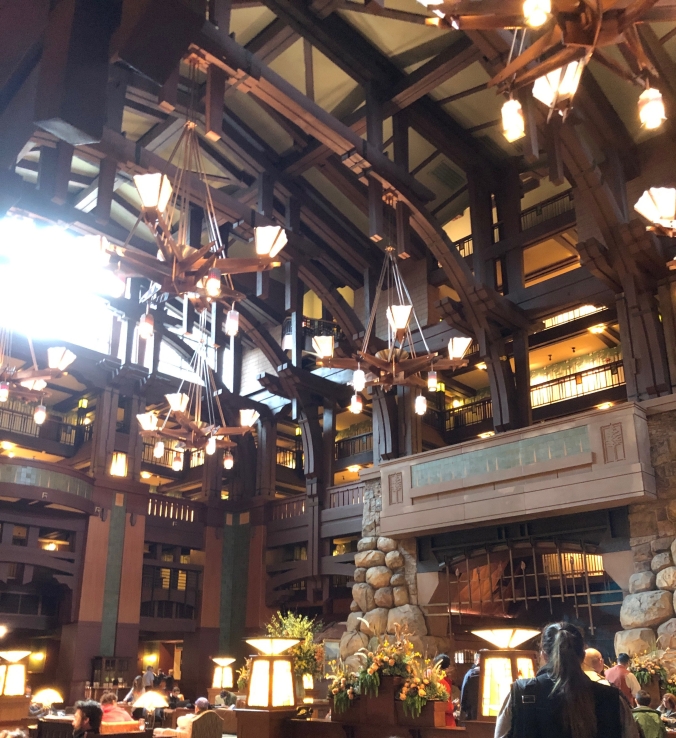 Hot tip: if you’re wanting to spend most of your evenings at Magic Kingdom, book a room at the Disney Contemporary Resort; you can walk to and from the hotel to the park, and you can also see the fireworks from the terrace, if you want to enjoy the comforts of your hotel. 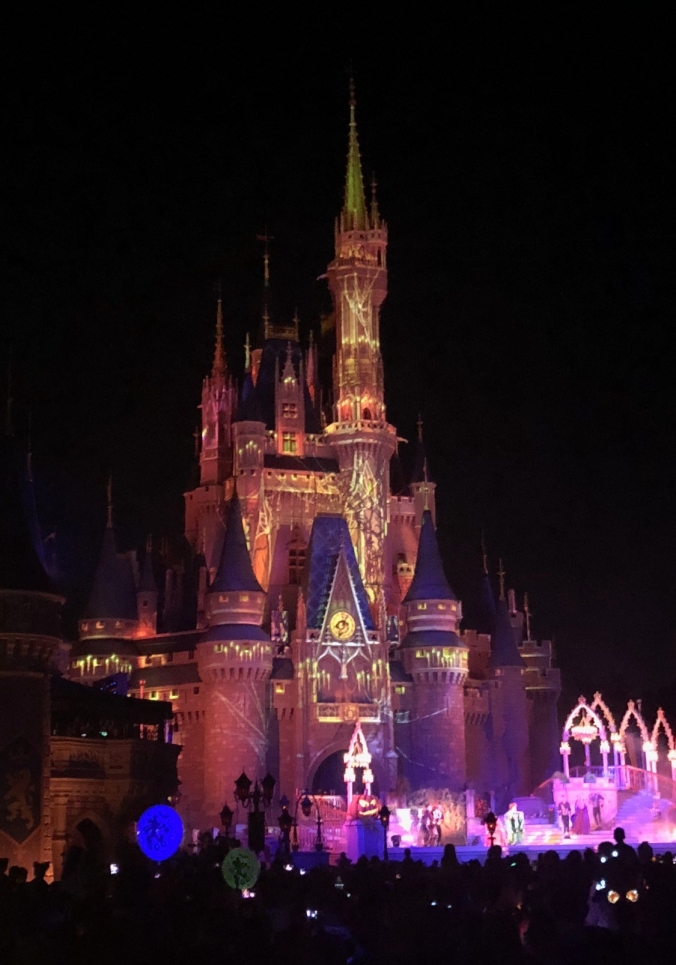 Your kids will be so excited, like TOO excited to be able to eat, but you need to invest in the meal plans.  A lot of these have built in character meals.  This is such a racket, but it’s kind of worth it?  It’s a great way to grab pictures of your kids, before they’re tuckered out, with their favorite characters without having to chase them all around the parks.  Save your energy, you’ll need it.  Plan ahead to see which characters are located at each restaurant.  Apparently you have to go to Epcot to see Anna and Elsa, and Hollywood studios to see Sofia.

I’ve done this personally in EuroDisney and Disney Aulani — as an adult.  You don’t expect it to be as thrilling as it actually is…but it’s pretty exciting.  Mickey is a STAR. 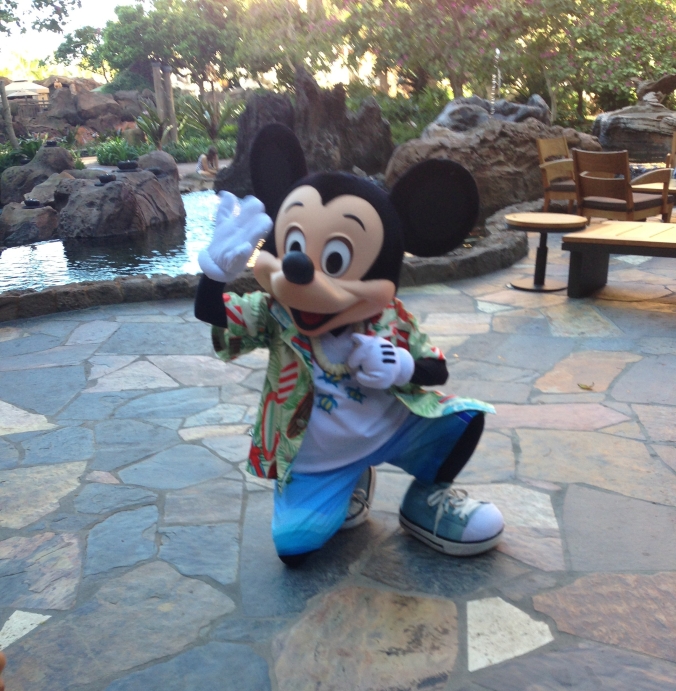 Lest you think that this is bush league Busch gardens stuff, at the Be Our Guest restaurant in Fantasyland, MK, they serve charred octopus, escargot and bouillabaisse — the foods kids love! 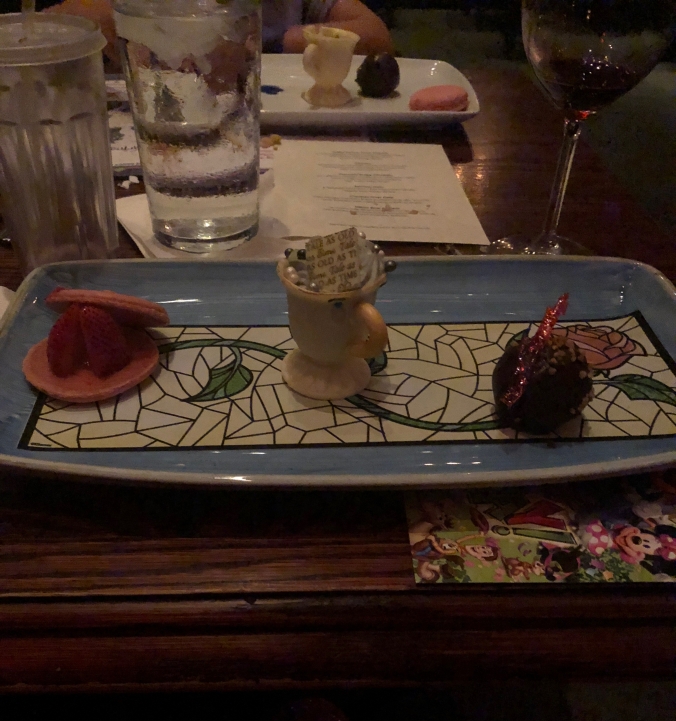 try the gray stuff its delicious

The reason why you need to stay on site is that all the hotels have shuttles to and from the parks.  This is vital to avoid the massive parking lots and trams and to be able to go to and from if you have younger kids.  Speaking of transit, even if your kids don’t really use strollers anymore?  Bring a stroller, it’s a lot of walking and waiting and strollers are SO necessary, unless you want to carry your kids for acres and acres, up to you. 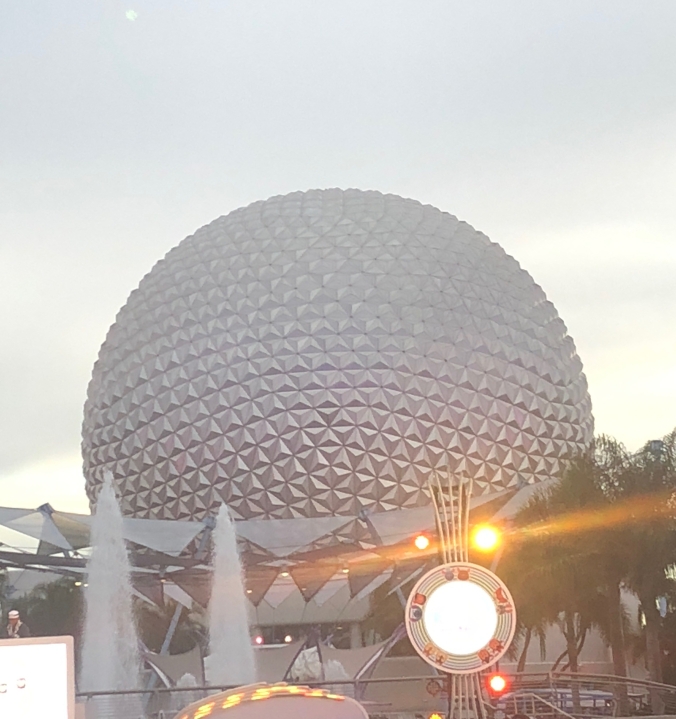 Maybe ease into your trip by visiting Epcot first.  I like Epcot because (I’m elderly) there’s a lot of galleries and food, and although it’s about the future, it definitely is 80s to the max.  There’s Soarin’ Around the world where you fly over some of the most famous destinations all across our beautiful planet.  Continue your travels around the World Showcase where you can learn about exotic countries such as Canada and China!  For some reason you can meet Donald Duck in Mexico.  You can also meet Belle in France, Bay-max in Japan and Anna and Elsa in Norway?  And if the cold never bothered you anyway?  There’s even a Frozen ride.

Animal Kingdom is a must.  I suggest you get there right when the park opens and make an immediate beeline to the Kilimanjaro safari.  The animals tend to roam around most in the morning, so your best chance at seeing the lions, gorillas, zebras and giraffes is the AM.   I’ve been on a real safari in Africa, and this ride is actually really cool.  Saw a large pride of lions, elephants and giraffes.  I loved this. 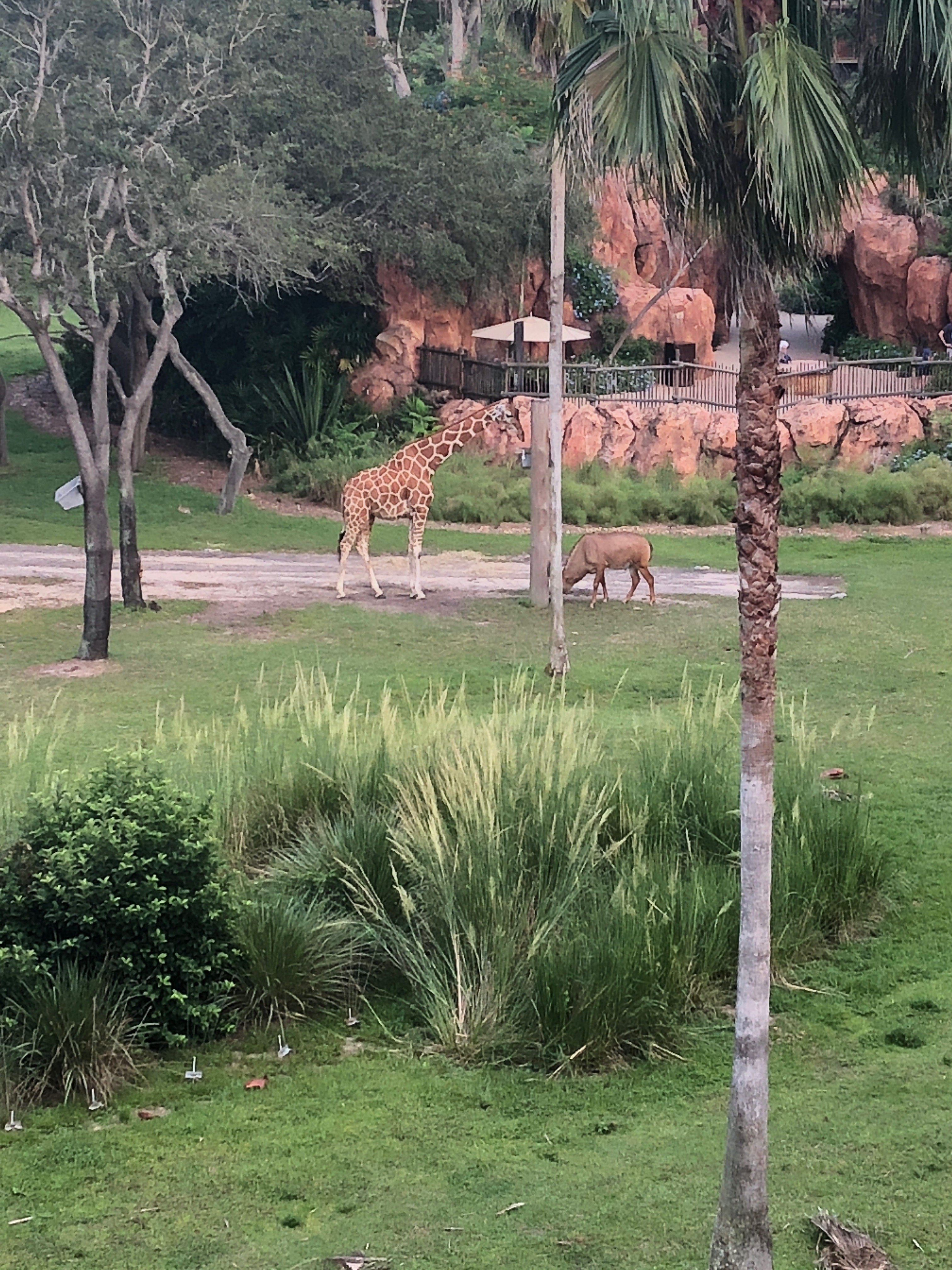 And after you’ve safaried to your heart’s delight, you can then spend the rest of the day leisurely roaming the park, which is not that big and is easily managed for your first day. There’s an Avatar Na’vi river cruise and a Great Express Train for slow downs throughout the day if you need ’em.  Disney train rides are the best, you can just ride around and around and rest.

Packing essentials for your trip:  Basically the same things you would be packing if you were going to Coachella.  Water bottles, sunscreen, hats, layered clothing, comfortable shoes, easily identifiable clothing for your kids.  You can bring food into the park as long as it is not in glass containers, and no straws or balloons in Animal Kingdom. 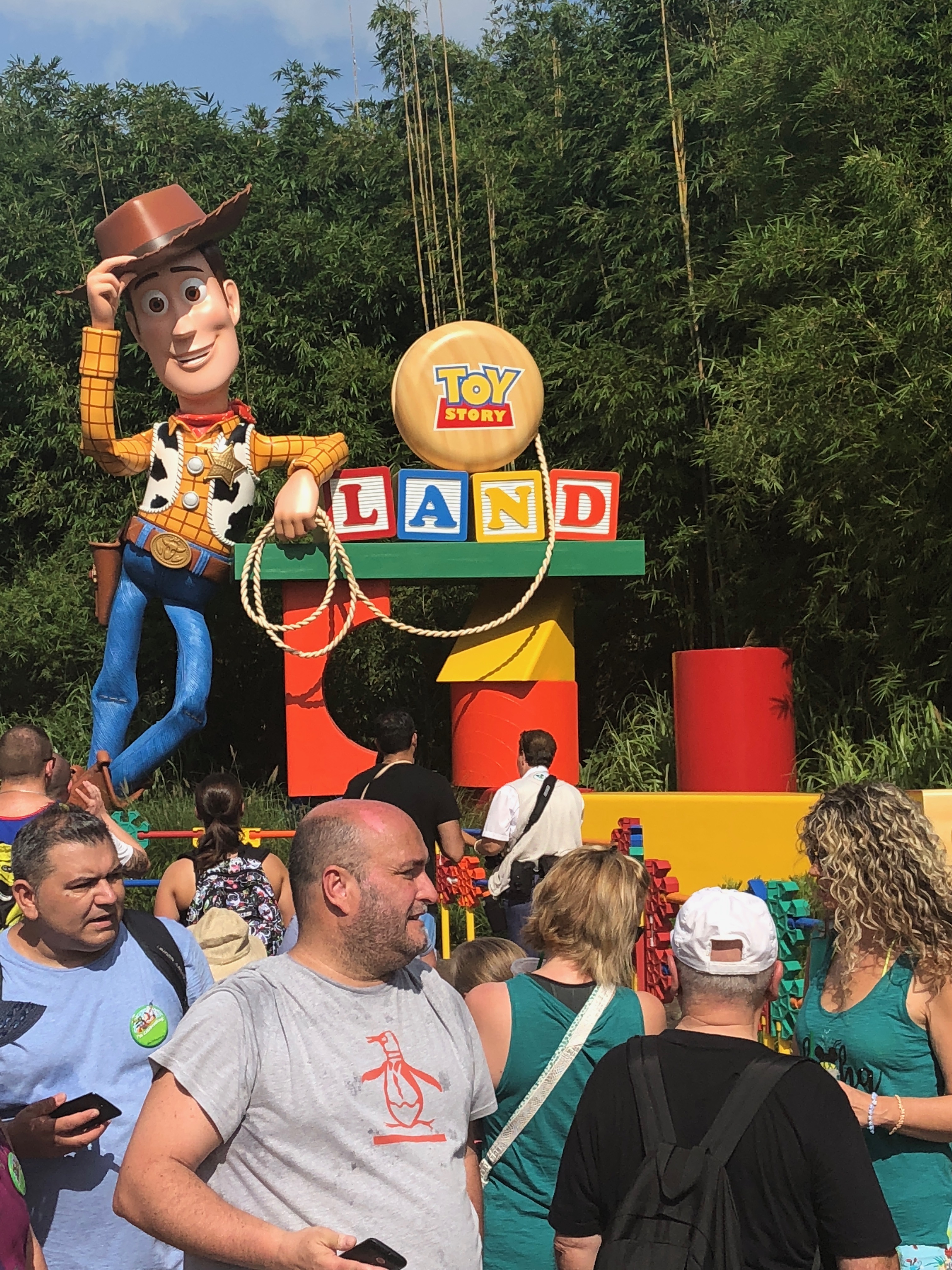 Hollywood Studios is great for the kiddos that love Disney Junior because apparently that’s where it’s at in terms of Sofia the First and Doc McStuffins.  And there’s a Frozen sing-a-long and Beauty and the Beast stage show, so it’s like a princess fever dream.  There’s Pixar Place which is opening soon to accompany Toy Story Land.  It’s nice for a slow down between the big parks because the pace is a little slower. 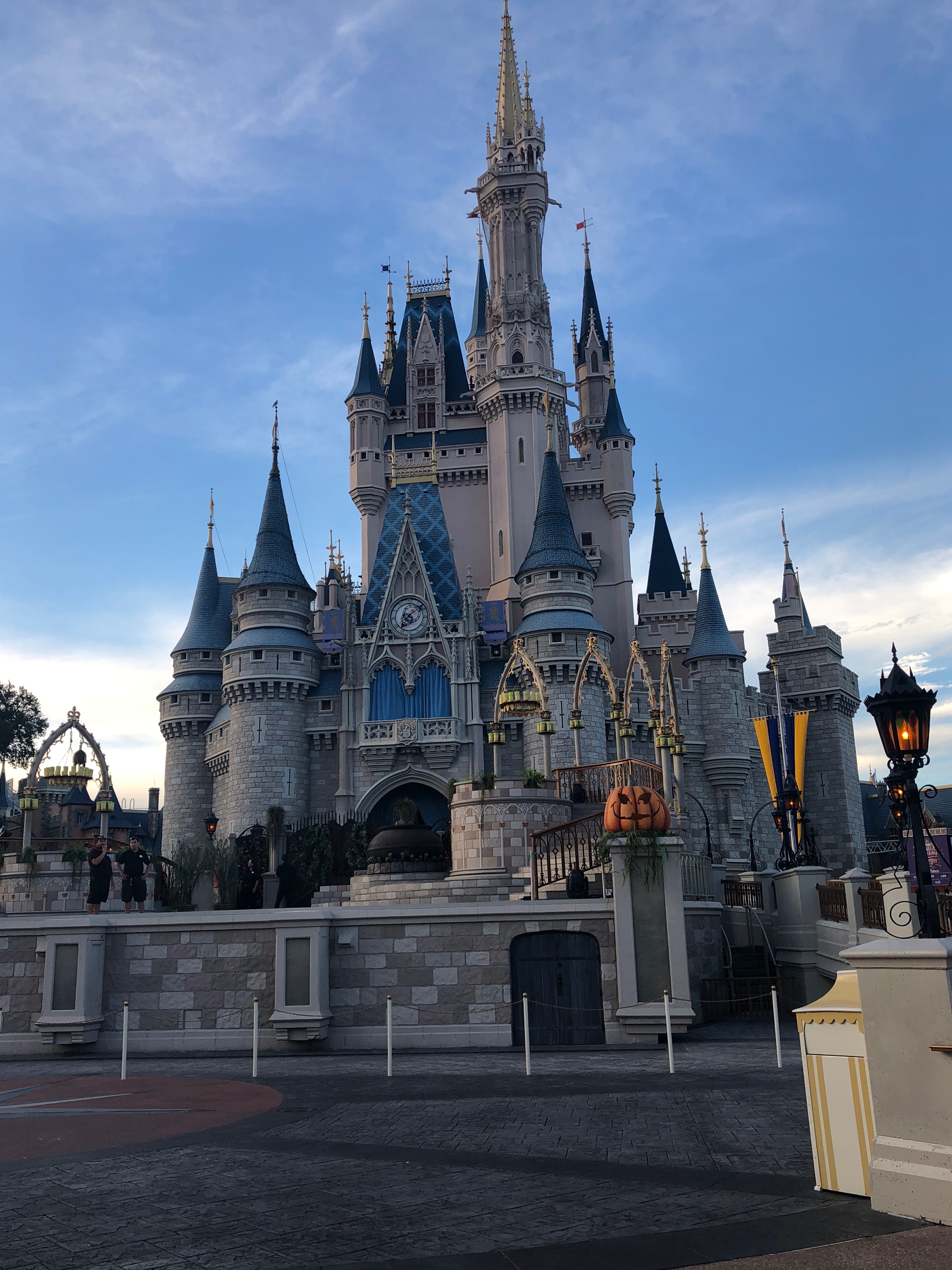 Magic Kingdom is the grand daddy of them all, the all time classic.  You’ve got Pirates of the Caribbean (my all time favorite ride), Big Thunder Mountain Railroad, Haunted Mansion, Splash Mountain, the ever terrifying Enchanted Tiki Room, and Dole Whips!

I say save your souvenir buying for your final day, if your children will allow.  Otherwise, you’ll be schlepping stuff back and forth and there’s more chance of losing it.  Get your mouse ears at Chapeau, channel your inner riffraff, street rat in the Agrabah Market, or spend your Bibbidi Bobbidi Boo coup bucks at this fantasyland boutique.

Downtown Disney (CA) and Disney Springs (FL) are pedestrian entertainment areas for shopping and meals that are other great options.  There’s chains, from Sprinkles cupcakes, Earl of Sandwich, Jamba Juice, Blaze Pizza and Salt and Straw, to high end dining like Morimoto and eateries by Nancy Silverton (CA) and Jose Andres (FL). 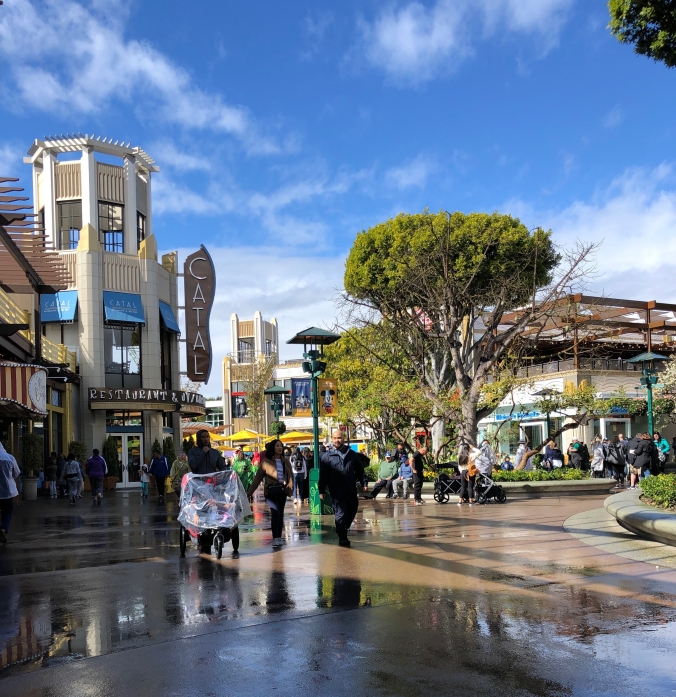 And honestly, 2019 is a huge year for Disney, and may mark the year my moratorium on the park may end. Star Wars Galaxy’s Edge is opening at Disneyland in the summer and at Disney World in the fall.  There will be a Star Wars themed hotel in Orlando as well.  I’m not huge into the SW thing, but I’m curious to see what the food options/rides are like.  Celebrations are already in full swing, and who knows who you’ll run into when you wish upon a star (wars)? 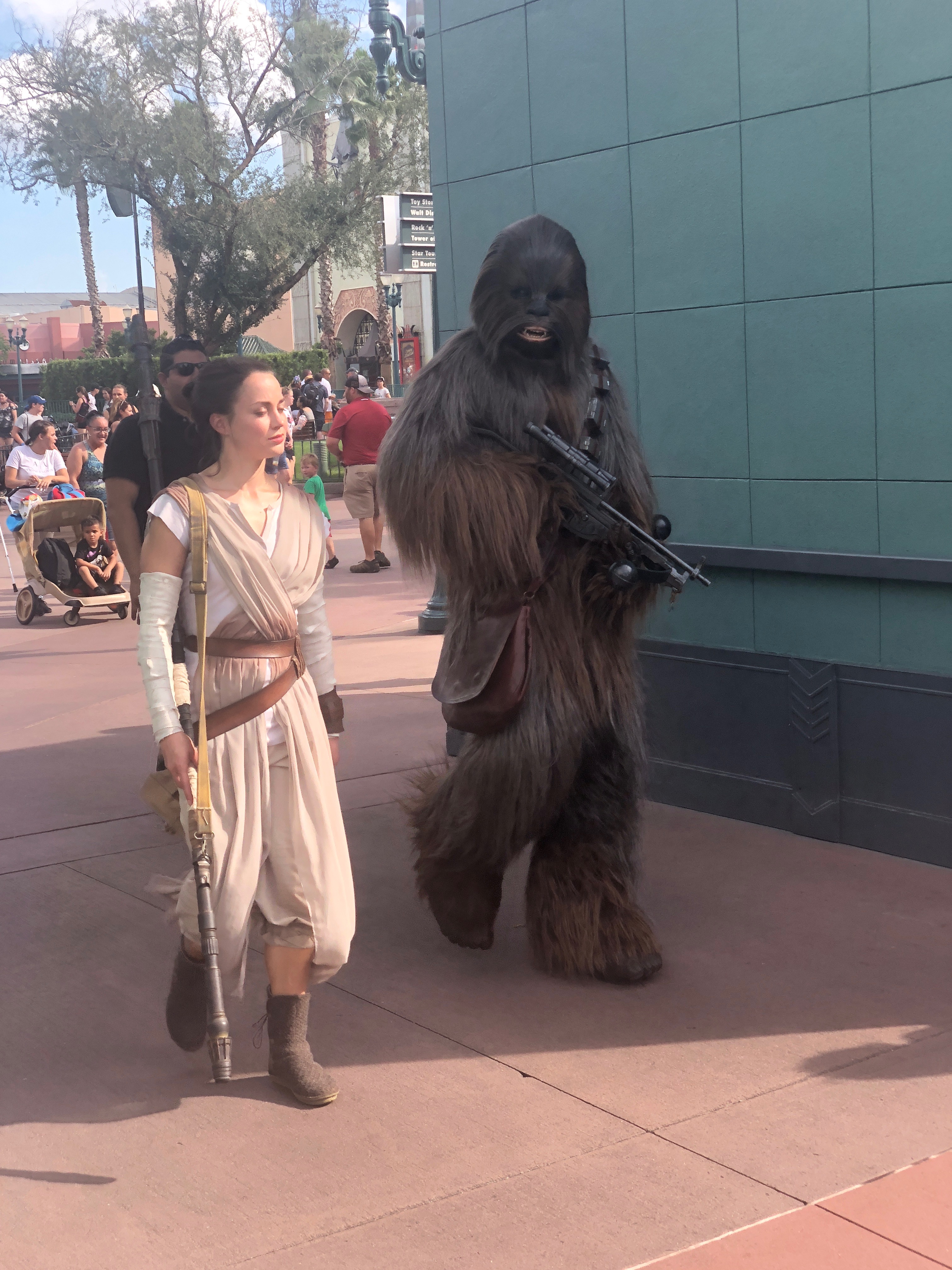 One thought on “how to survive Disneyworld”