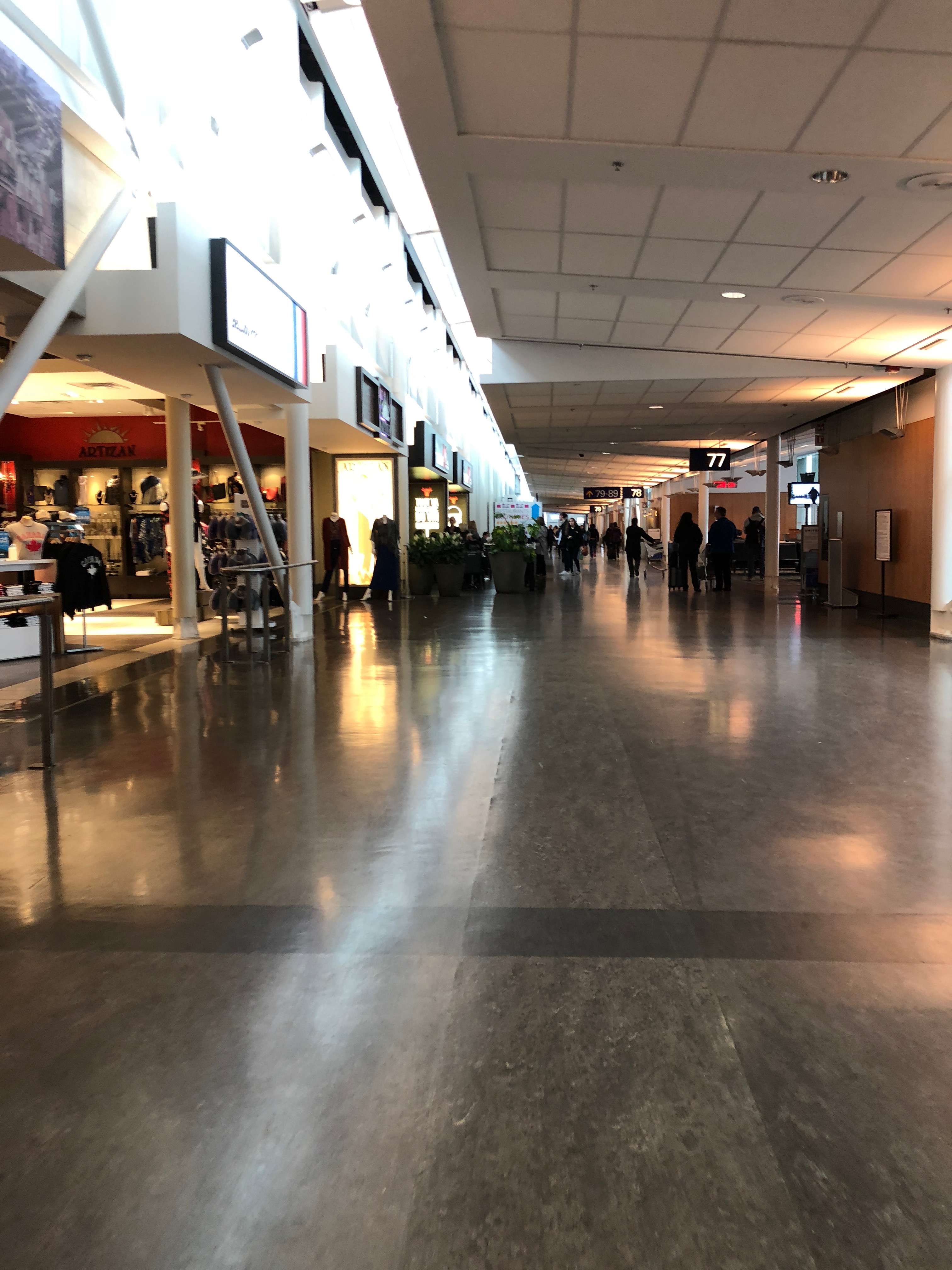 Pierre Trudeau International is the main airport that serves Montreal, Quebec.  Located in the suburb of Dorval, it is named after former prime minister and father of current prime minister, Justin Trudeau.  This airport is one of the major gateways to North America and thusly to the US.  There is US preclearance, so it is very convenient as a stopping point from Europe especially flights operated by Air Canada and Air France.

There is one terminal with separate zones: public, US flights, international and domestic.  Flights from five different continents arrive to this airport, and is a hub for the nation’s most popular carrier, Air Canada.

Convenience to the city: ✈️✈️ (12 miles from downtown Montreal, buses, no metro)

Ease of navigating through terminals:  ✈️✈️✈️ (modern, clean, easy to navigate, however, you cannot travel between the different zones, i.e. Canadian zone to International)

Dining: ✈️✈️✈️ (Timmy H’s, of course. Starbucks, Canadian fare, Burger King, Subway, and for some reason Pork & Pickle in the Canadian zone, which is also located in Kansas City’s airport — only two I’ve ever seen.  I ate at Ryu in the US departures area, an offshoot of local, popular sushi spot.  It was just okay.)

Amenities: (Marriott has a hotel on the premises, Air Canada, Air France/KLM lounges, not many luxury brand shops)