I just realized as I am typing this that I went to two places called Saint John last year.  One in the Caribbean and one in Canada.  There’s a lot of places named after St. John the Baptist, a Jewish preacher, who was considered the forerunner to Jesus, as it is believed that he baptized Jesus.  I also did not know that.  You learn something new everyday.  You’ll actually learn a ton when you visit this bayside beauty because this is a city of museums, and I love a city of museums.

Saint John is a city on the Bay of Fundy in New Brunswick, and it is one of the oldest settlements in Canada.  A huge port city, it is also home to one of the foremost natural wonders of the world, reversing falls.  Everyone knows that rivers run to the sea right? Well sometimes they don’t, like in this case, the bay of Fundy waters flow backwards.

Since we did not have much time in Saint John, the easiest way to get around was the Hop On Hop Off buses.  These former British double deckers will wind all over the city, and take you past the main points of interest.  I love the brick Victorian homes that line Germain and Duke Streets and the Trinity Anglican Church, gothic and looming.

Loyalist house is one of the oldest buildings in Saint John, and was the residence of a, you guessed it, Loyalist family from New York, who fled to Canada to pledge their allegiance to the Commonwealth.  It is a little out of place, with its New England architecture, but serves as a historical museum.

In the middle of the city is a large green space, King Square, which is flanked by King Street lined with shops, Imperial Theatre and the interesting Old Number 2 Fire Station and Museum.  There’s also the Loyalist burial ground (they apparently took this seriously here).

The Jewish Historical Museum is a stately stone building detailing the community from its earliest settlers in the 1800s to current community affairs.  The Cathedral of the Immaculate Conception was very important in the history of Irish immigrants to this city, almost up to 30,000 migrants during the Potato Famine years.

Rockwood Park is a massive green space, designed by the Calvert Vaux, who also concocted Central Park in New York.   There’s scenic Lily Lake, where adventurers can kayak on the serene waters, and the hop on/hop off takes you throughout the park, which has markers that denote every province of Canada.

Now, back to those reversing falls as alluded to earlier in the post.  The bus will literally drop you at a scenic post to watch these falls.   So again, rivers typically flow into the ocean/sea.  However, the tides of this bay cause the waters to flow from the Bay into the mouth of the Saint John river semidiurnally.  This reversal of flow causes rapids to form which are easily seem from the shore.

It’s hard to explain, but it’s a huge tourist draw.  And there are also harbor seals around. 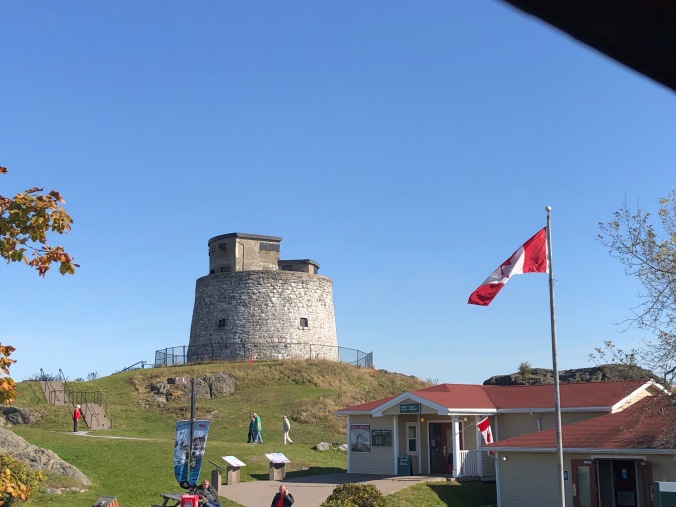 Heading back towards town, you’ll drive past Martello Tower and Fort Howe military fortresses built in the War of 1812 and used until after WWII.

The City Market of Saint John is one of the best places to grab a bite to eat or a souvenir.  Colorful and filled with stalls, they also sell Dulse which is kind of a seaweed snack?  It’s an interesting flavor to say the nicest thing I can about it. 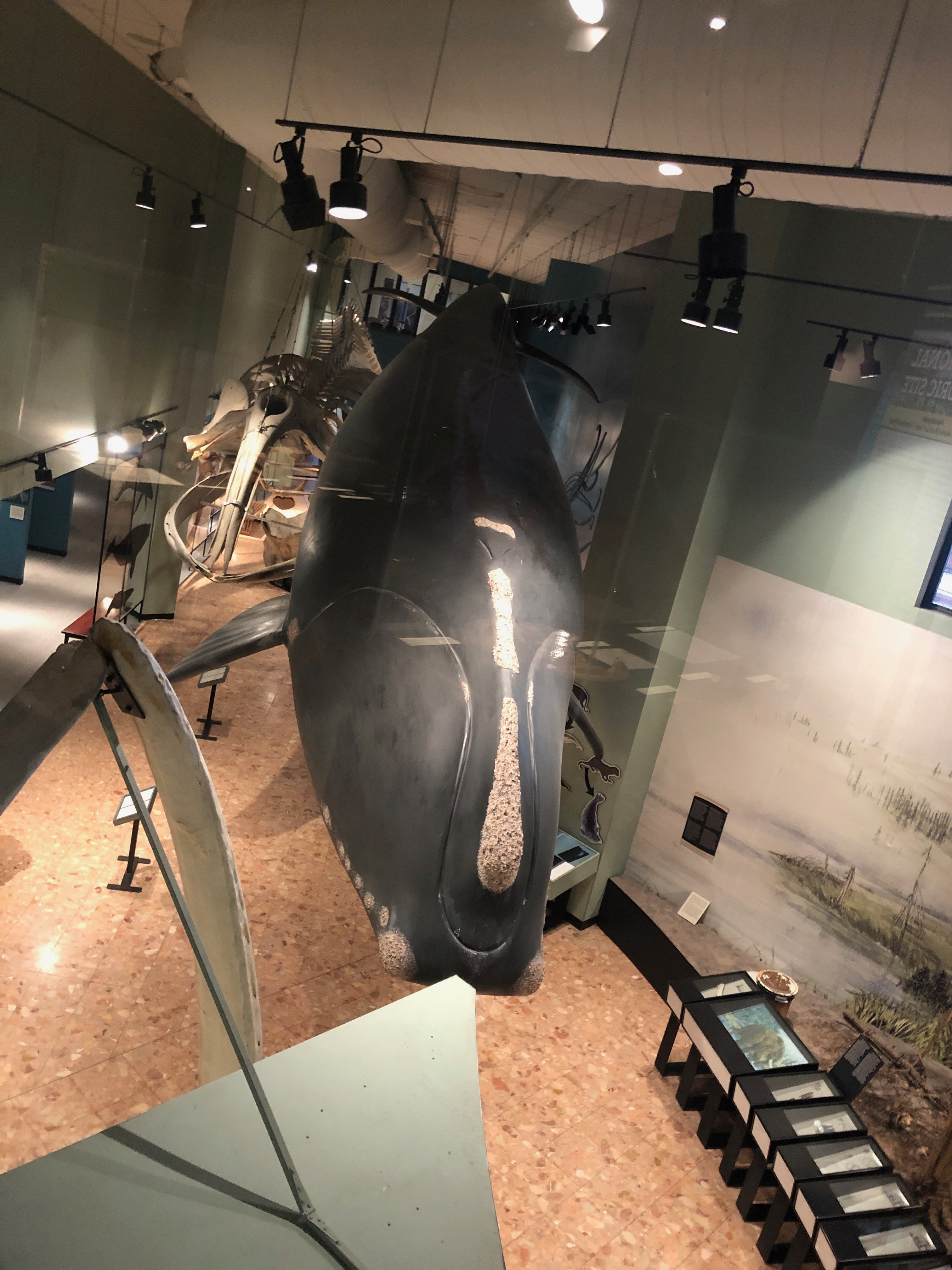 If you’re not museum-ed out, and who could be? The New Brunswick museum is the oldest museum in Canada.  It’s basically a natural history museum with large whale skeletons and a particularly frightening taxidermy bird room. 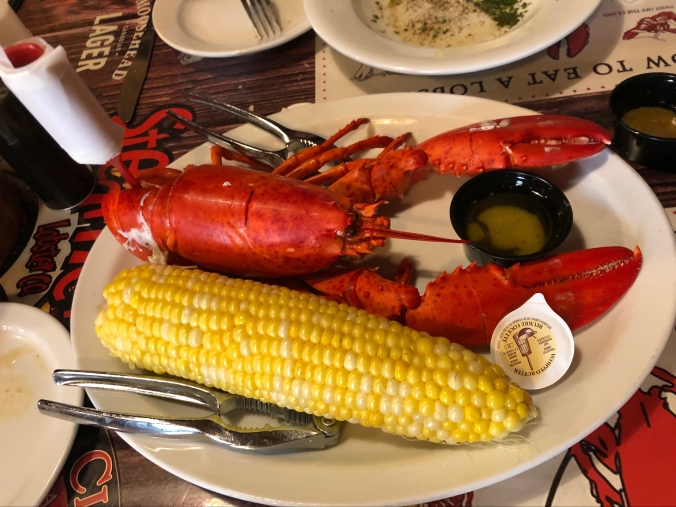 You can’t leave town without sampling some of the seafood of this region.  One of the world’s foremost suppliers of lobster, it’s plentiful around these parts (lucky bastards).  Steamers Lobster Co kills it because it’s very close to the cruise ship terminal, and also because it’s fairly reasonably priced.  Get a lobster, you deserve it.

While you’re out and aboot, keep your eyes peeled for the plentiful public art, including the “Salmon Run” installations, there’s 40 some uniquely painted fish swimming upstream all around the city.  Go fish!