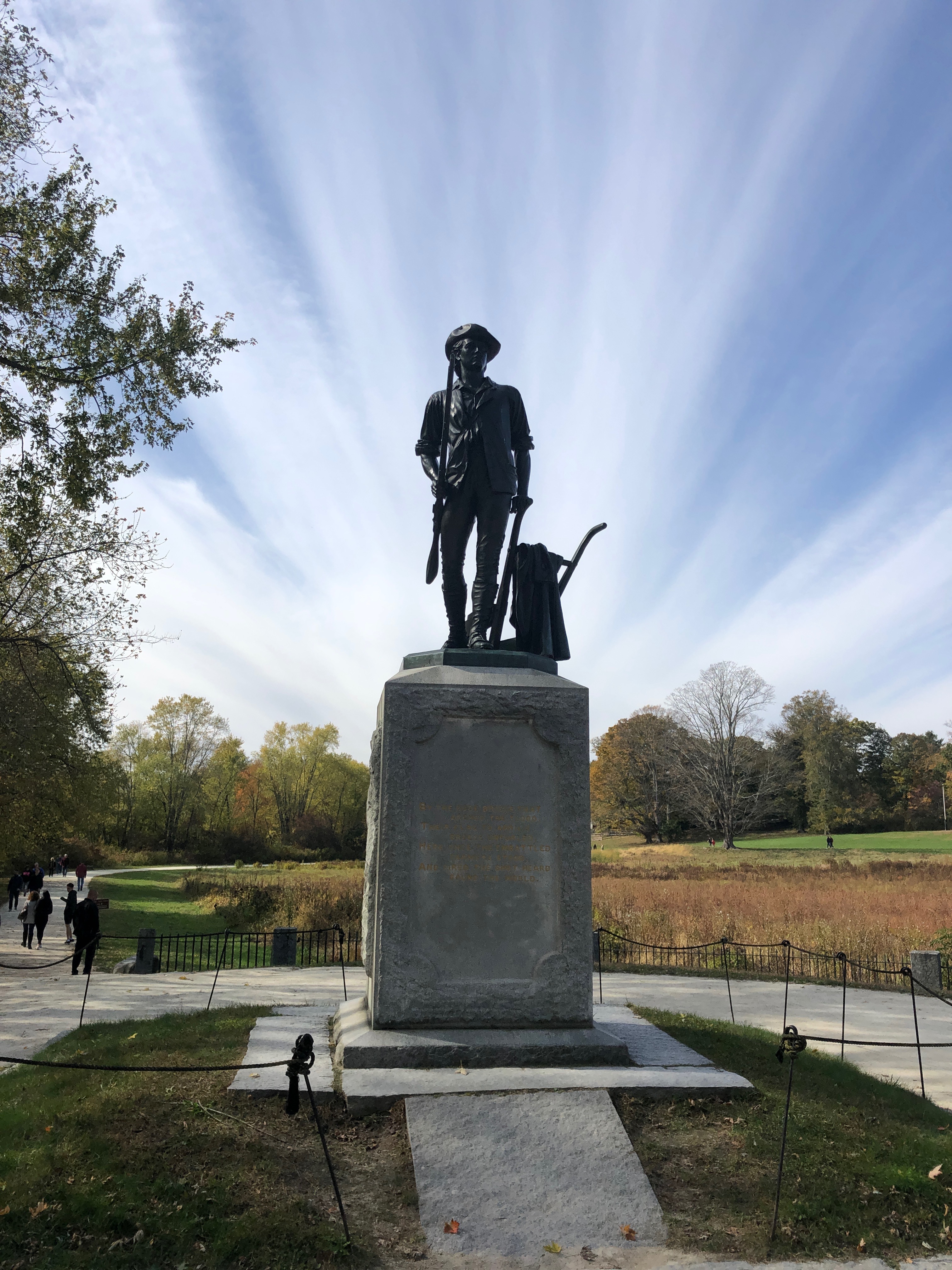 Happy St. Patrick’s Day!  Although March 17 is synonymous with leprechauns and pots of gold, there’s a secondary celebration in the city of Boston, MA known as Evacuation Day.  This day commemorates the retreat of British troops from the city in 1776 after the Siege of Boston, or the start of the Revolutionary War.  So while you don your shamrocks and drink your green beer, pour one out for those who fought for our freedom to exist as our own nation.

If you’ve read this blog for a while, I think you may be able to tell that I’m a little bit of a nerd.  And I’m proud of it, I like reading, learning things and knowing about history.  And so, traveling around this vast country, I am fascinated by the communities that played vital roles in fabric of American creation and evolution.  We’re not an old country comparatively, but we’re rife with important figures and events.  We have a lot of museums and monuments to preserve this culture (some of it not great but it’s probably important to be familiar with that, too), and these are tools to promote lifelong learning.

Boston is chock full of Revolutionary War history, as the seat of some of the most famous protests and uprisings like Boston Tea Party, Boston Massacre, Paul Revere’s house, and the aforementioned Siege of Boston.  I’ve been through all these sites in the city proper, but on a road trip back into town from the Berkshires, had a chance to visit the outer lying areas where the actual sh*t happened.

Sorry for the language, but when in Boston…

I had all my primary education in California, and so we always heard about Lexington and Concord being the start of the Revolution, but I did not know that a rivalry existed between the two cities as to which was the actual start of the war.  It seems trivial now, but there’s actually two parts of the Minute Man National Historic Park connected by the 5 mile Battle Road trail. 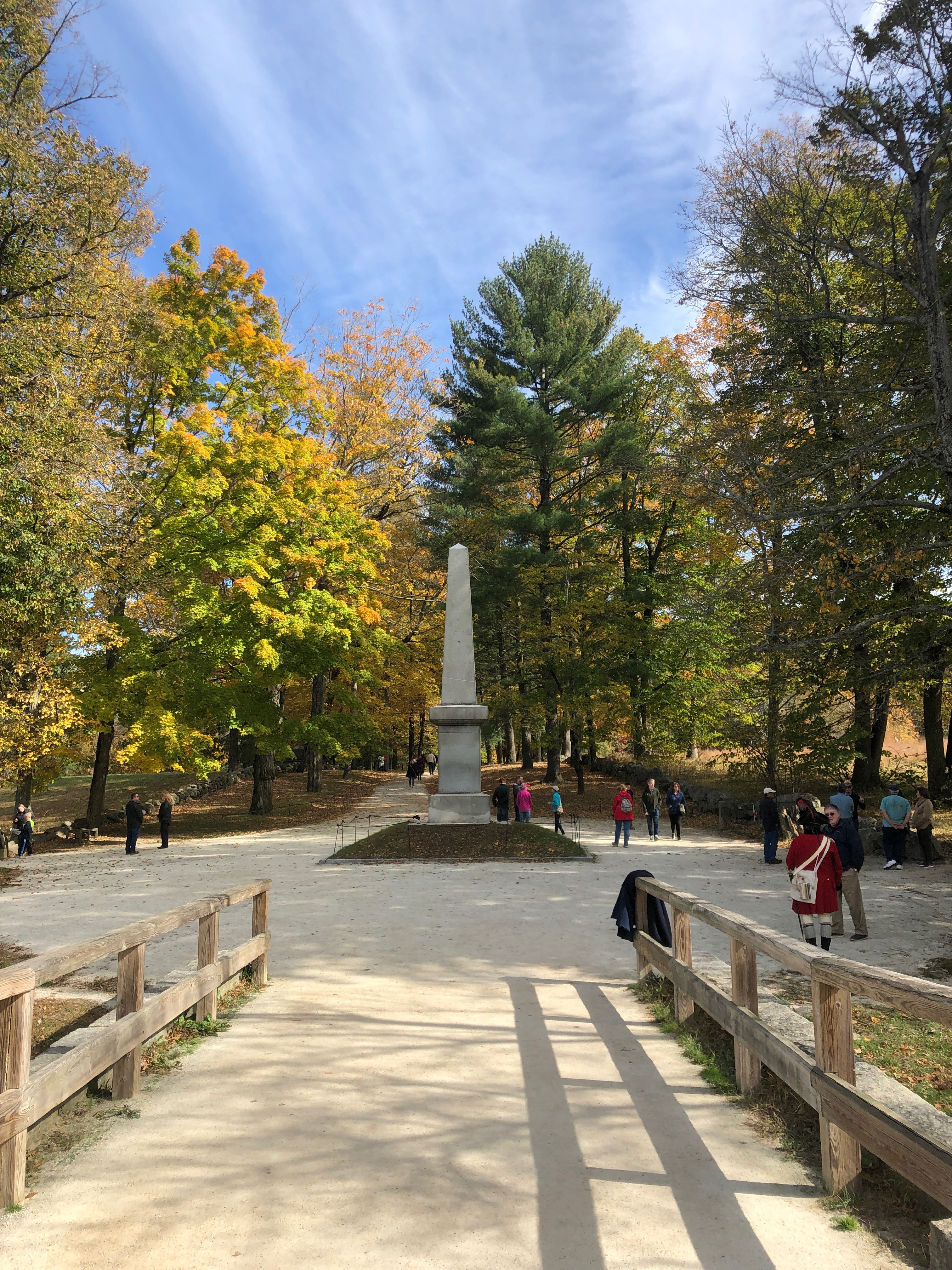 Concord is the site of the Old North Bridge where on April 19, 1775, several companies of Minute Men exchanged fire with the incoming British troops until said troops retreated.  This skirmish was memorialized as “the shot heard around the world” by Ralph Waldo Emerson, Concord native. 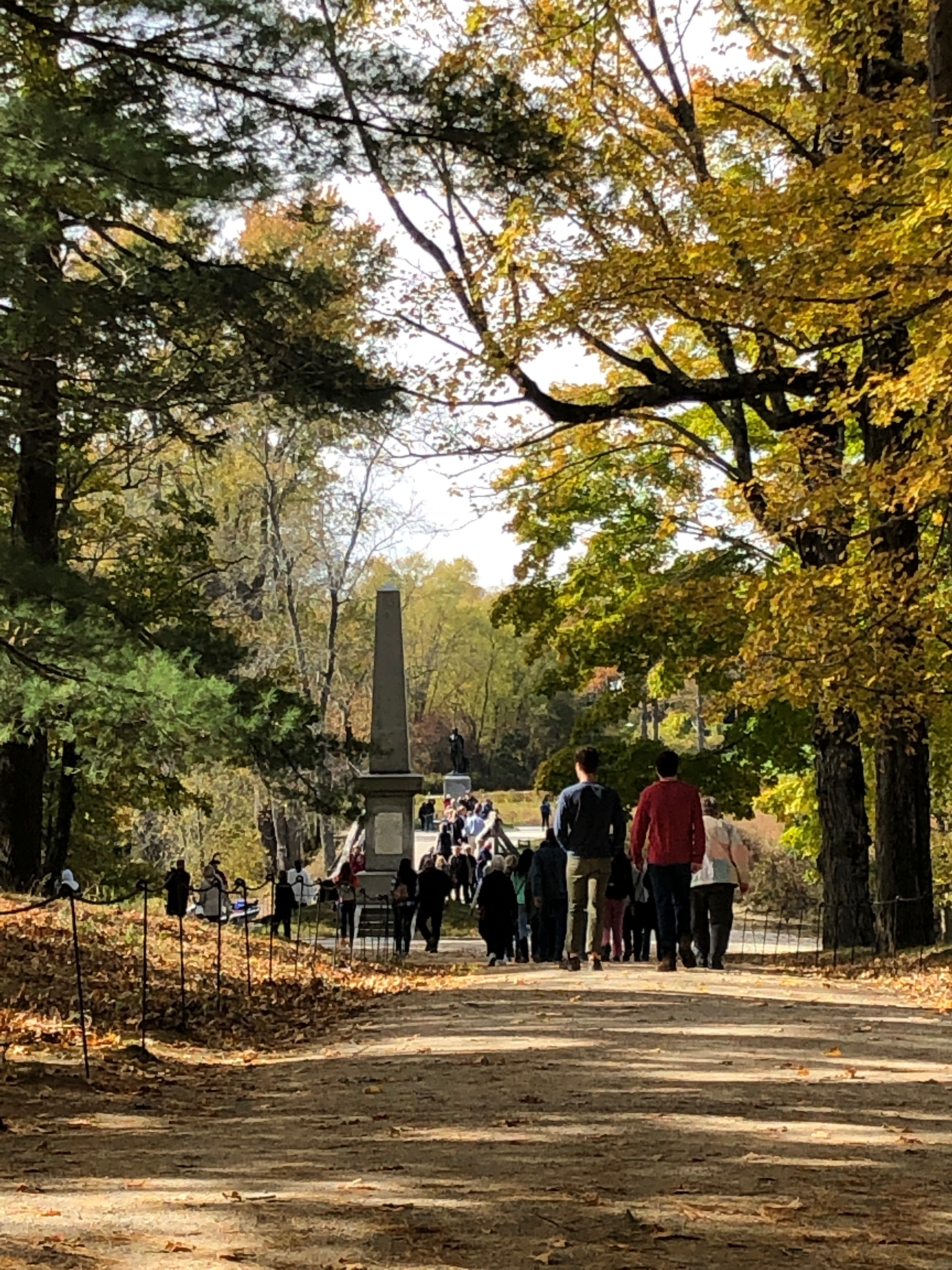 Today, there is memorial obelisk, a replica of the bridge that will lead you to the Daniel Chester French (of Lincoln Memorial fame) Minute Man statue, who stands tall and stands his ground from across the Concord river (see the first pic in this post). 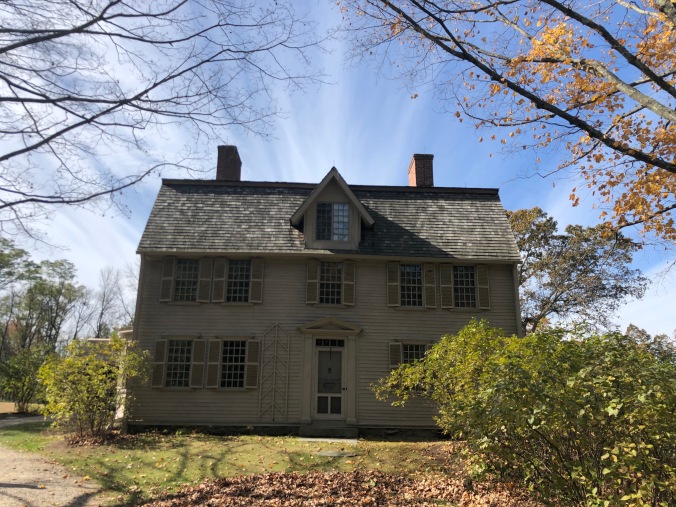 Adjacent to this very popular tourist attraction is the Old Manse, childhood home of Emerson and eventual home of his pal Nathaniel Hawthorne.  Not saying that he was biased or anything but Ralphie did grow up next to the battleground, so I think his vote was for Concord.

There’s something in the water in New England because all the 1800s transcendentalist authors were around these parts.  The Wayside, which is between the North Bridge and Lexington, was a home inhabited by both Louisa May Alcott and Nathanial Hawthorne; it also played an important role as a safehouse in the Underground Railroad.  Next door is Orchard House, where Alcott lived and Little Women (!) was set.

Not to be outdone, down the road in Lexington, there’s a ton of monuments.  You cannot miss the Lexington Battleground because there’s literally the largest flagpole you’ve ever seen in your life flying the stars and stripes 24/7.  It definitely throws shade at Concord as the inscription says, ” Birth place of American Liberty.”  Shots fired, indeed. 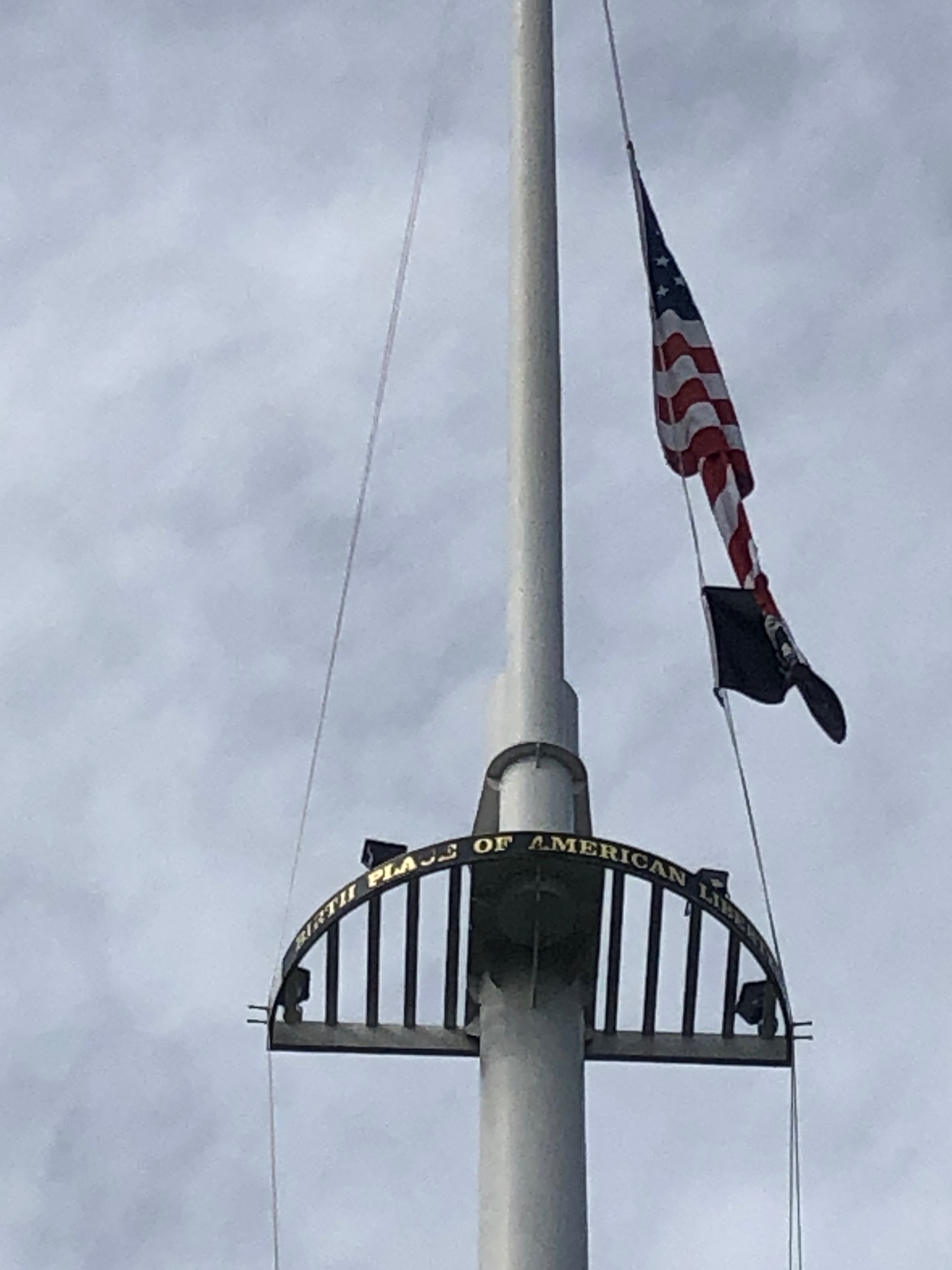 And actually, the first skirmish most likely took place in Lexington before moving west to Concord where the actual military standoff happened.  So there’s enough clout for both cities.  Water under the old north bridge, as I like to say.  Shrugs.

At the eastern corner of the grassy knoll, there’s a very handsome statue of “The Minuteman” based off of the commander of said militia, Captain John Parker.  This is of course, is not to be confused with the other statue OF THE SAME NAME in Concord. 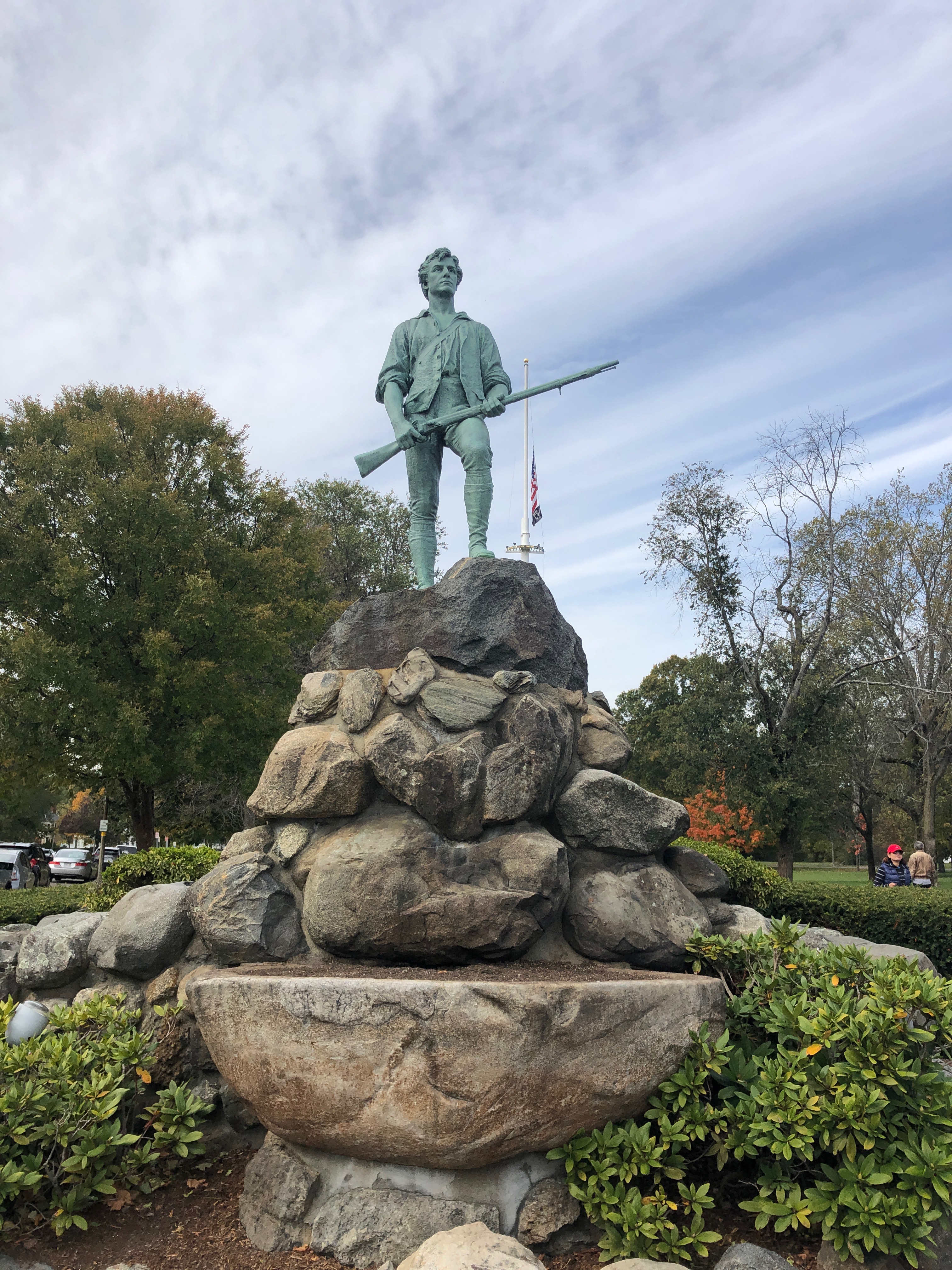 Across the park is another obelisk commemorating the battle, the Revolutionary Monument, the country’s oldest war memorial that was erected July 4, 1799. 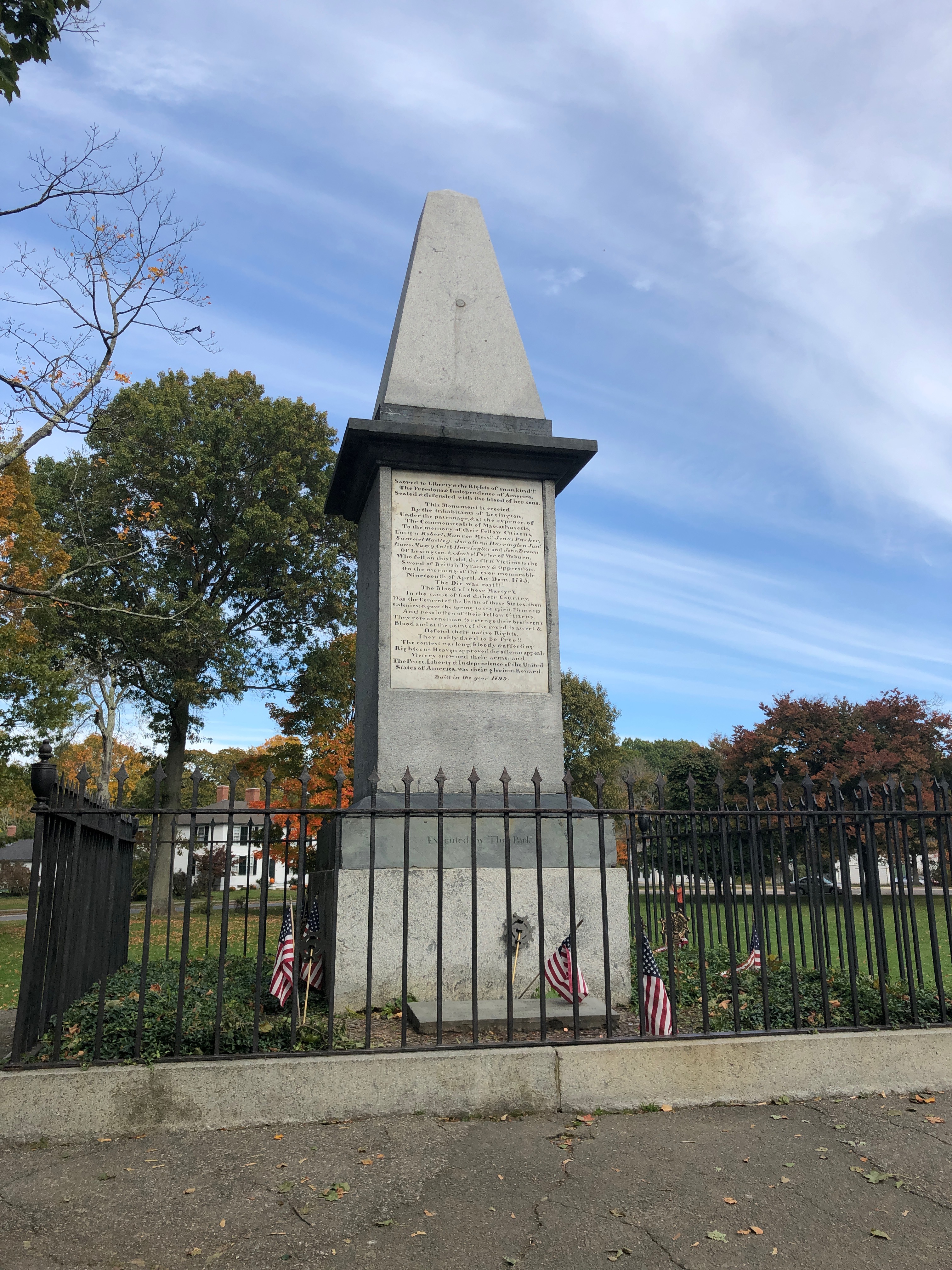 There’s also a marker with the famous “Stand your ground…” quote from Parker, along with the Minuteman Relief by Belarussian/Bostonian sculptor Bashka Paeff. 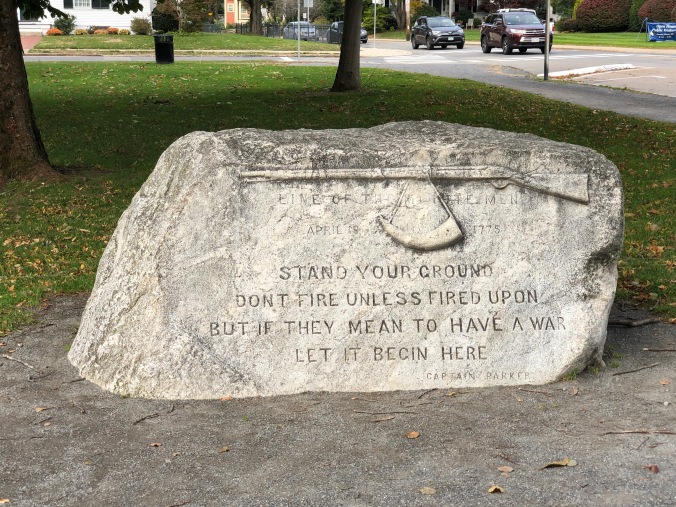 What I love about both sites is that they have docents dressed up in period costumes, and the one at Lexington was an Asian college student!  I love that, you go Glen Coco. 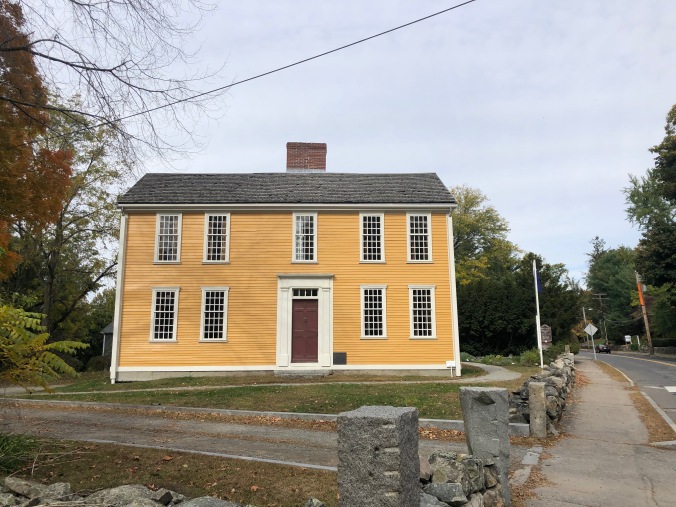 While in town, you should visit the Hancock-Clarke Parsonage, which was the destination of Paul Revere’s midnight ride.  Samuel Adams and first signer of the Declaration of Independence, John Hancock were staying in this house, the former’s childhood home, when they got the news from Revere, so they hightailed it out of there before the British came. 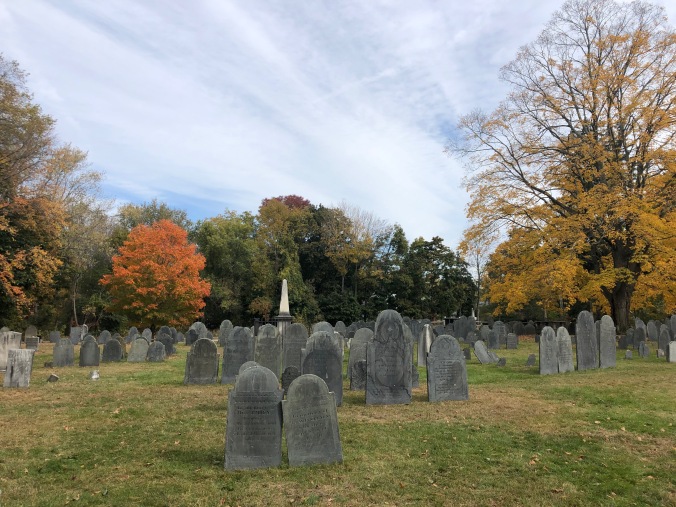 John Hancock was buried a few blocks away at Ye Olde Burial Ground (that’s its real name, I swear), and this is one of the coolest old cemeteries.  I LOVE an old cemetery, and while the Granary Burying Ground in central Boston where Paul Revere is interred is cool, this is bigger and better for wandering.

Side note, if you want to learn about someone super interesting, read up on Paul Revere, silver smith extraordinaire who had 16 kids (only 10 survived) and made his famous ride when he was 41.  I’m not close to 40 and I couldn’t ride a horse down the block.

Really interesting birth of a nation, and well documented because it was less than 300 years ago and they already had printing presses.  Anyway, historical Boston is a knowledge curator’s dream, and also there’s wicked good lobster rolls. 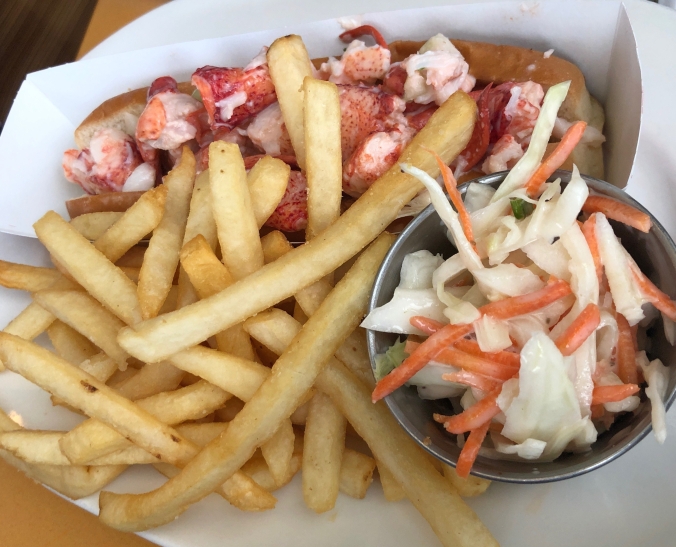