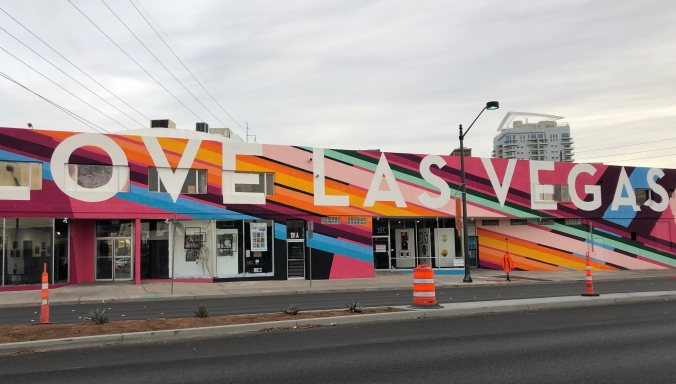 Now that I’ve been grounded from international travel (can’t risk getting quarantined somewhere), local trips have been key.  And there’s nothing closer to feeling like you’ve BEEN somewhere than going to Las Vegas.

My home away from home, it’s ~35 minute flight and I have family in Vegas, so we make the trip a couple times a year and every time it seems to change more and more.  The real Vegas is where its at, with thriving local businesses, eateries and shopping galore.

I love you, Las Vegas, don’t ever change… 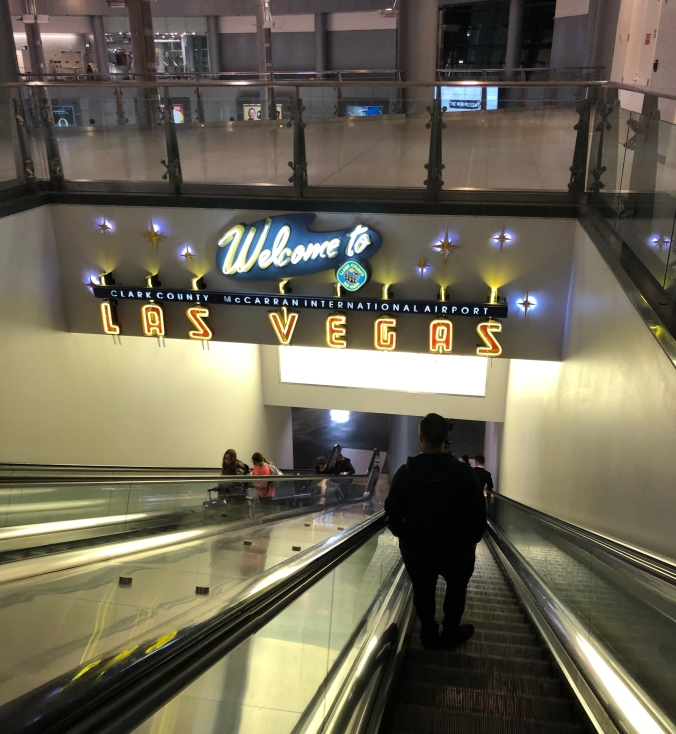 One of the things that impresses me the most is the local coffee and cafe culture.  There’s so many great places to grab a cup of joe in the AM (makes sense because of the nightlife), from Gabi in Chinatown, Vesta, PublicUS, and Makers and Finders in the Arts District.  Even the Starbucks downtown is the coolest Mid-Century modern store.  All of these places have incredible creative flair and the ambience makes the beverage better.  I explored the area near College of Southern Nevada and tucked away in a shopping center is a very cool and artsy shop called Grouchy John’s.  There’s a ton of coffee drinks including a standout almond rocha. 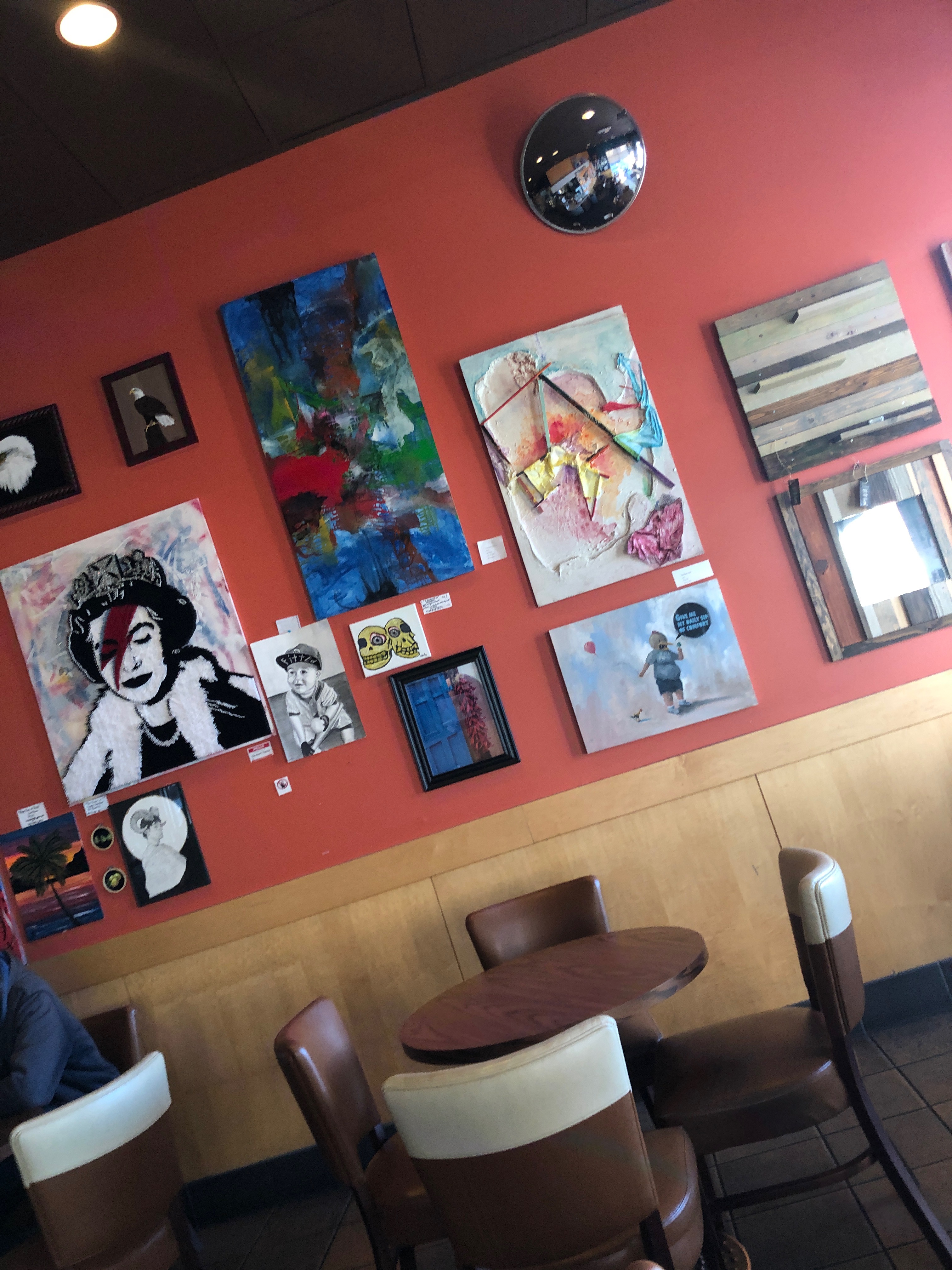 You need fuel to be able to hit the strip.  The Venetian has instagram backdrops on lock because there’s a ton of places to stand and take your neon illuminated selfies.  Even if their sayings are somewhat nonsensical. 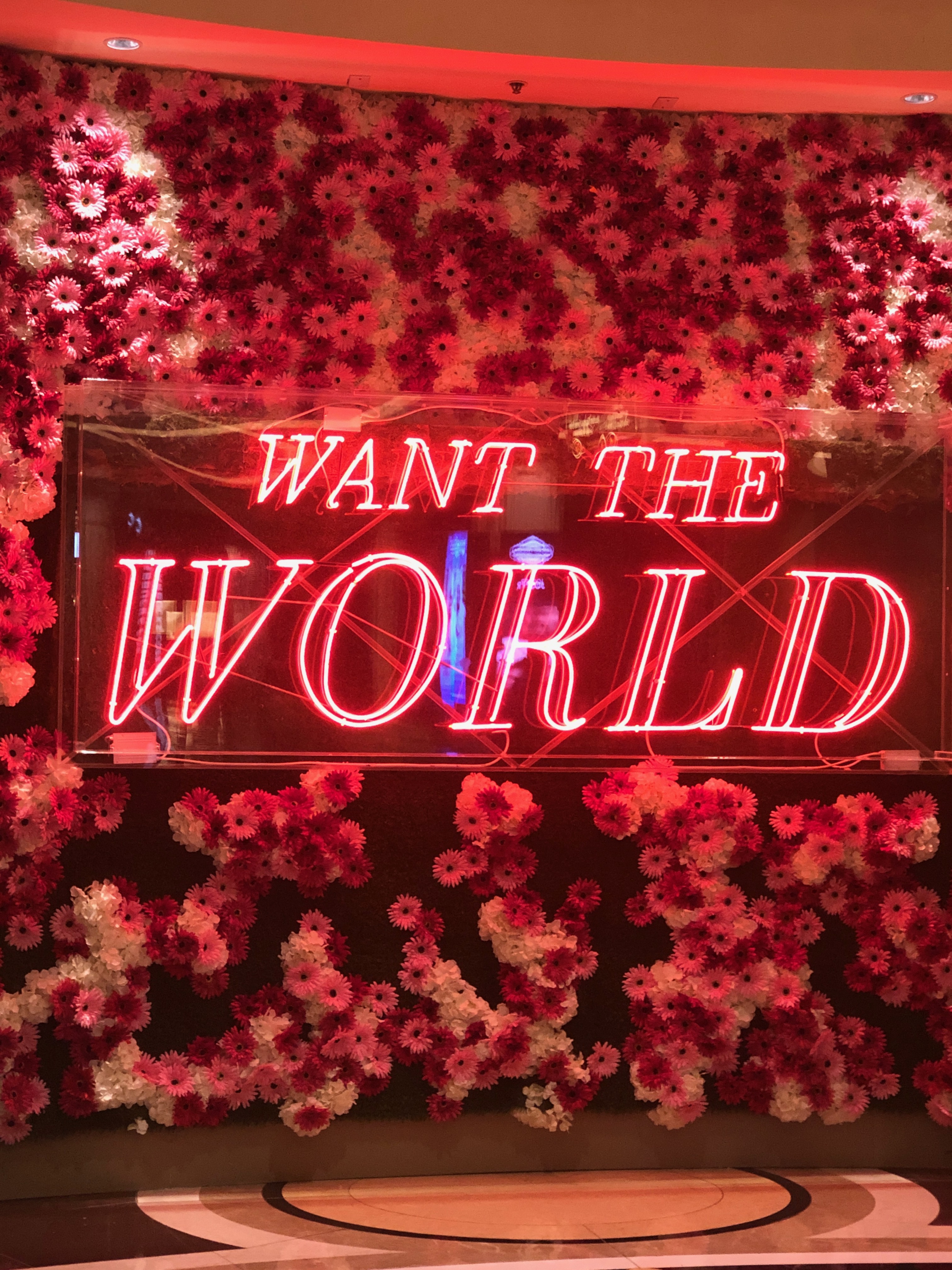 is this a statement?

They have the love sign which is present year round in their Cascade atrium and is similar, but not, to the Robert Indiana LOVE sculptures. 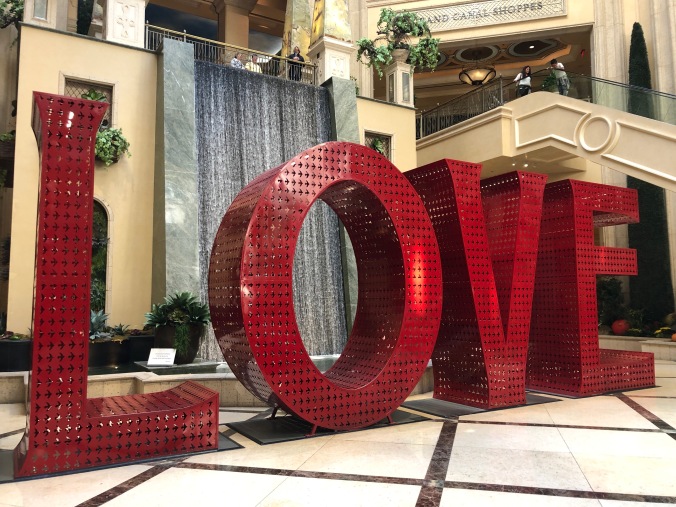 You know what I love about Las Vegas?  It’s global cuisine.  There is no Thai restaurant more famous than Lotus of Siam.  I don’t know how it rose through the ranks, but Lotus is well loved and known by everyone, even Chrissy Teigen approved. 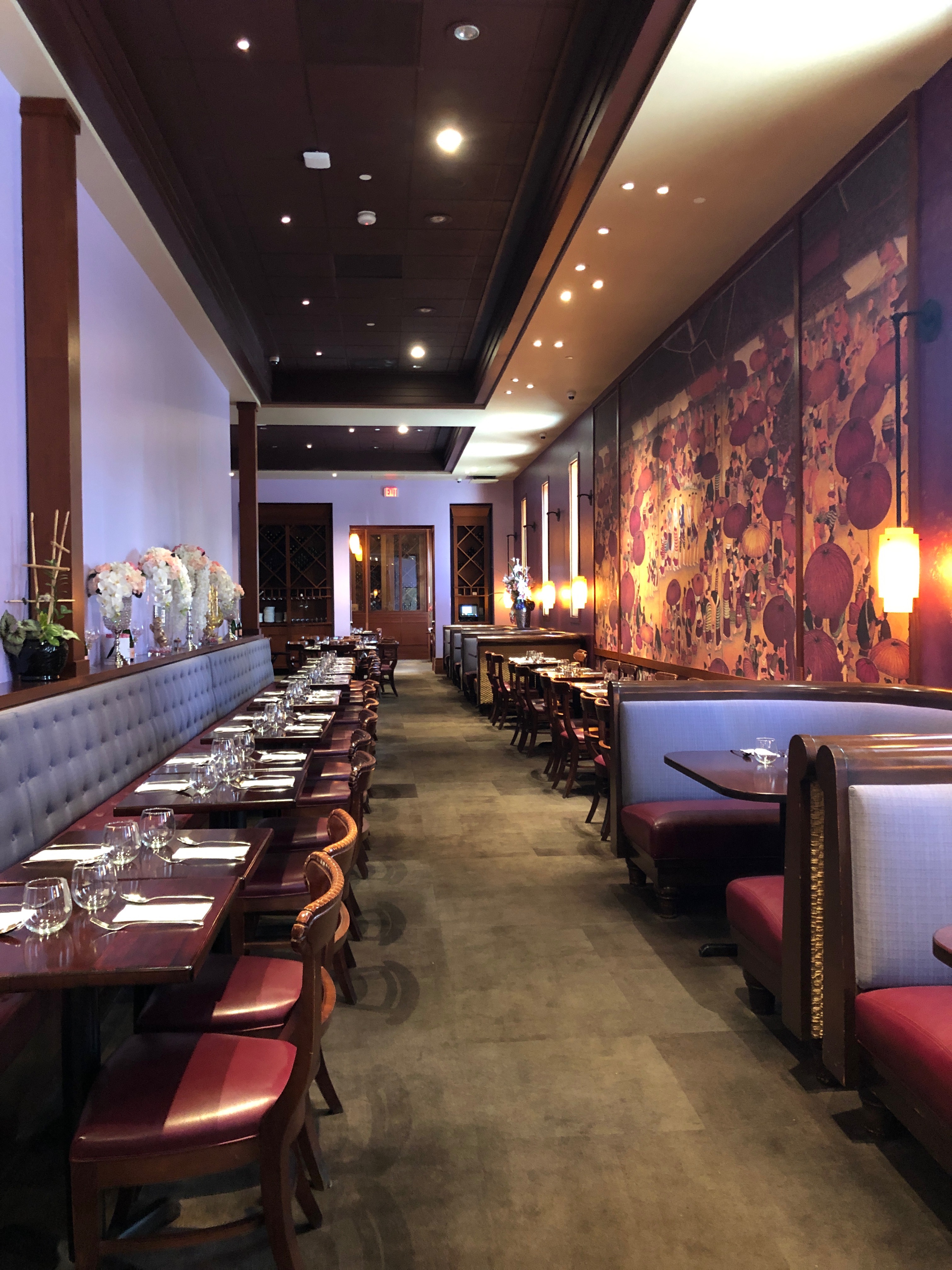 There’s two locations, but the one on Sahara is currently being renovated.  Thus, you’re left with the newer, gorgeous dining room on Flamingo (off strip and unassuming except when you see the line to get in that starts before it opens).  Northern Thai food reigns supreme here, so don’t forget the Khao Soi. 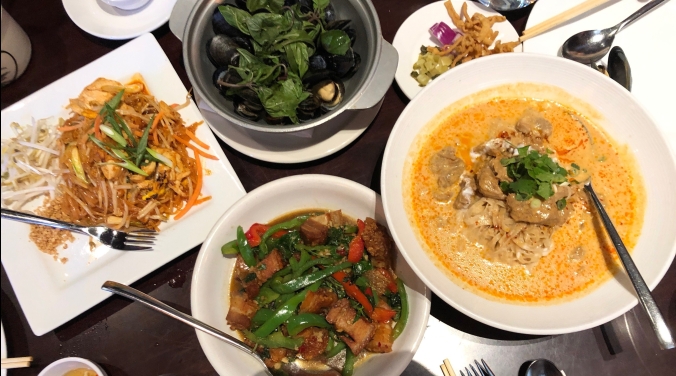 Wintertime in Vegas is one of my favorite times to visit because it’s not terribly crowded, and it’s not a fiery inferno.  They also cater to their Asian highrollers by enacting huge Lunar New Year attractions filled with florals and animatronic Chinese lions. 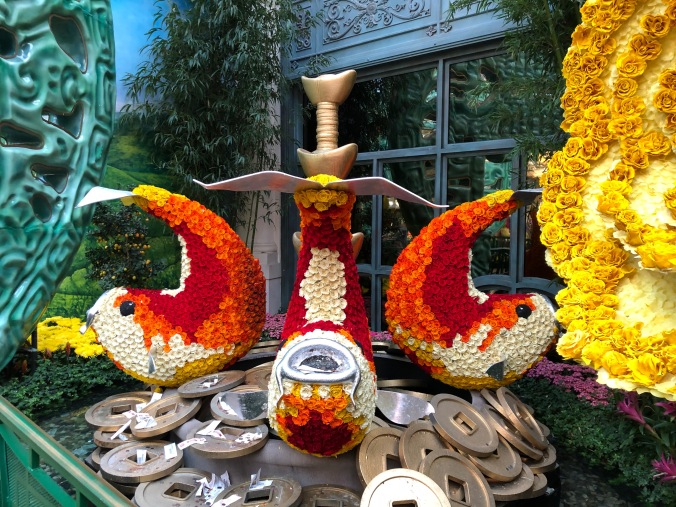 This past year was the year of the rat, and well, I have some notes for the designers at the Bellagio.  The rats ascending the golden staircase is for sure rooted in some folklore, but it seems a little cultish to me in a metaphorical way. 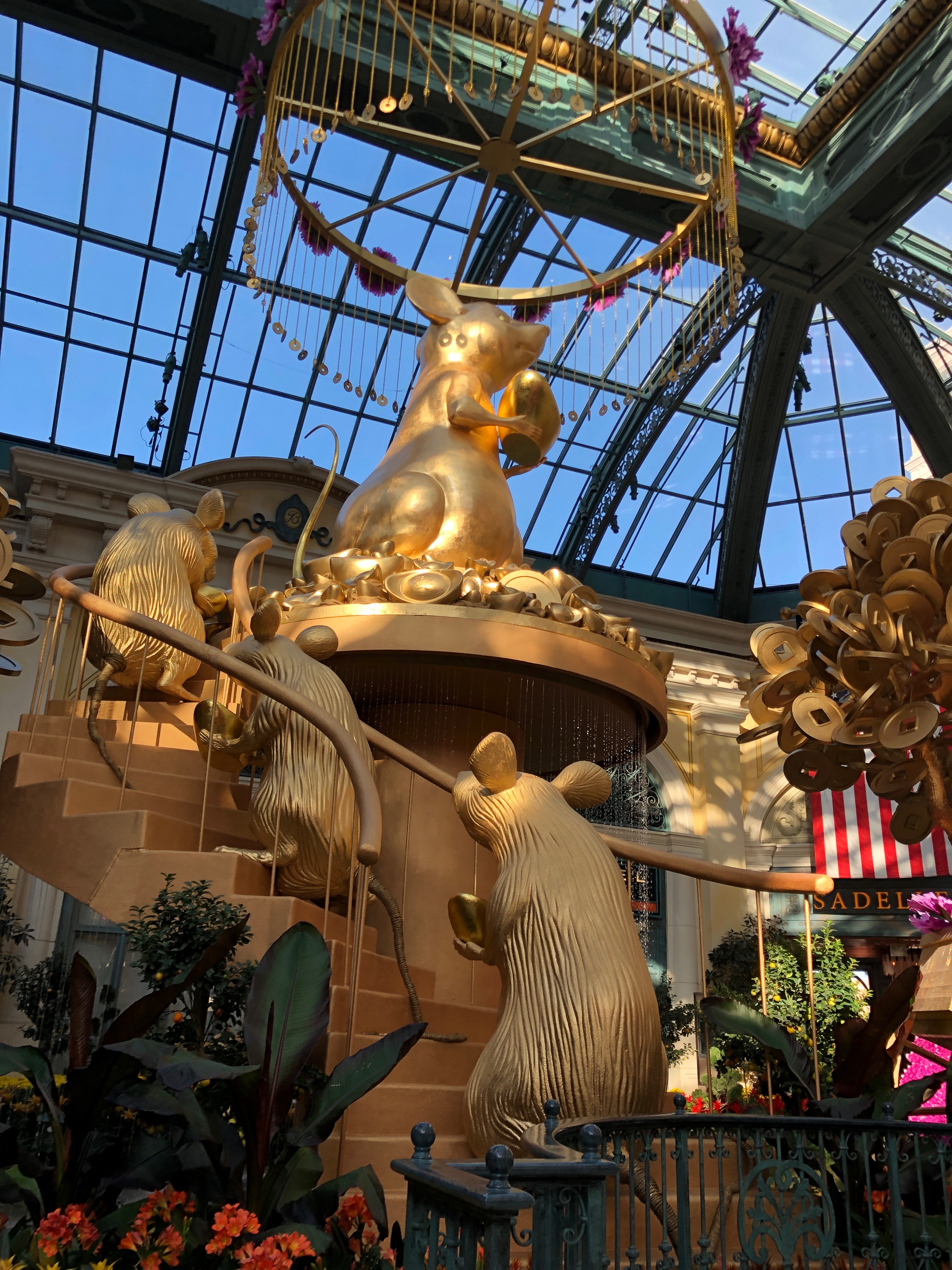 And the next thing you know after shopping and gambling at your heart’s content, it’s dinner time again.  Although time doesn’t matter, I could eat all day, Las Vegas is a city of abundance and excess. 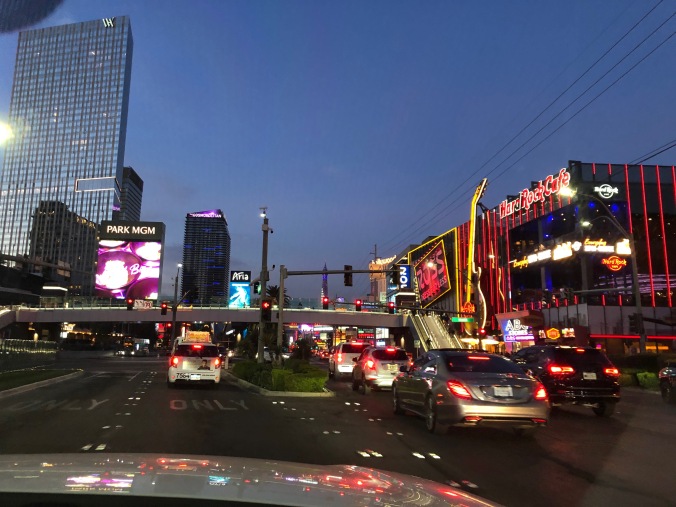 Park MGM is one of the newer properties around (Lady Gaga has a residency here now, and the Jo Bros are coming next).  They’ve got prime access to the T-mobile arena, so their food options would be great for Golden Knights games. 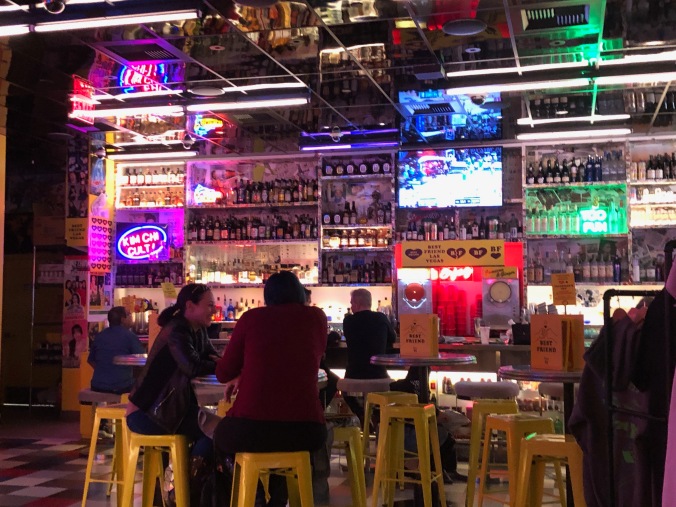 people let me tell you ’bout my best friend

You know it’s hip because Roy Choi has his restaurant Best Friend here, and although I didn’t visit this time, it looks too cool for school, and I wouldn’t want it any other way.  Because we were looking for lots of options, the new Eataly location is right next door and you can get paninis, seafood, have a sit down at La Pizza e La Pasta, and pig out on Italiano delights including Venchi gelato and confections. 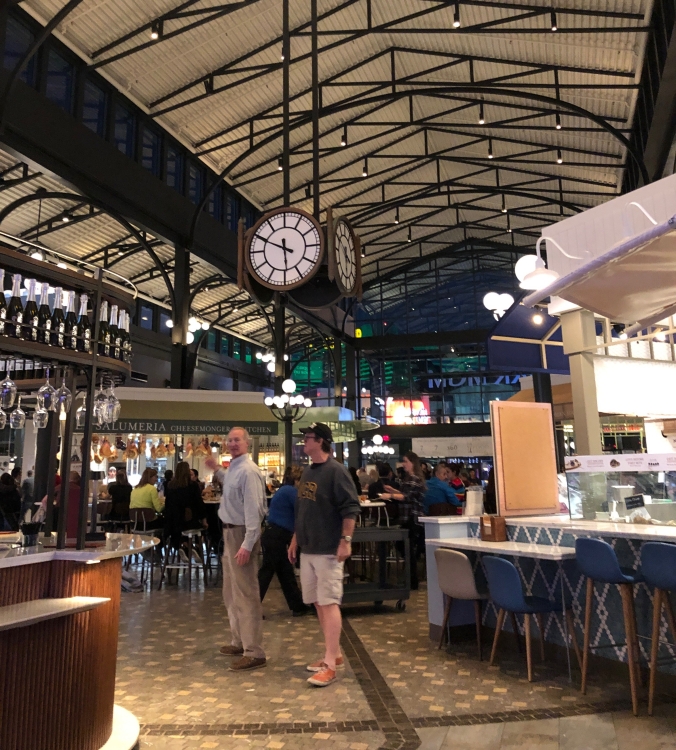 There’s also a Hello Kitty cafe parked across the street for the little ones (and elder ladies like me) to enjoy!  Viva Las Vegas! 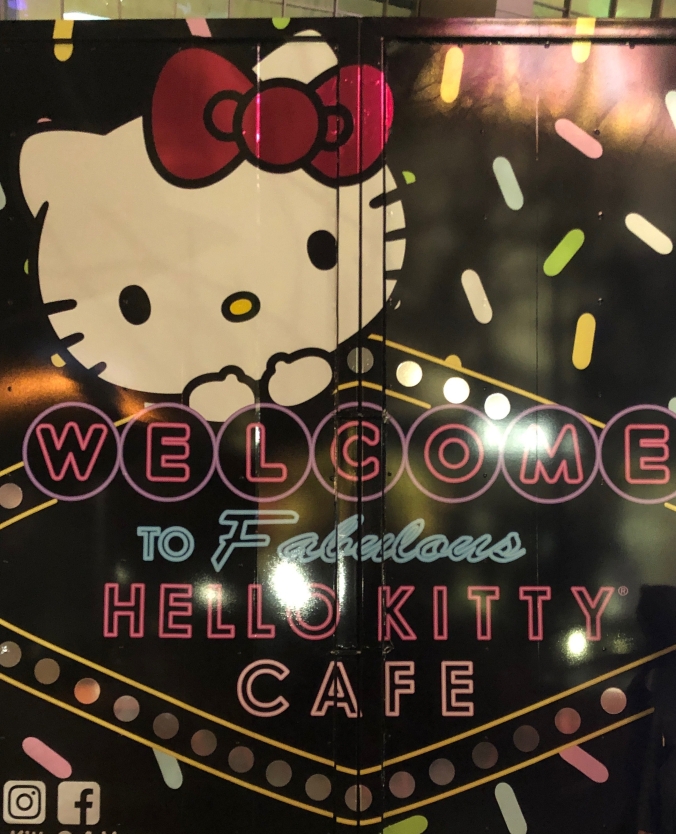